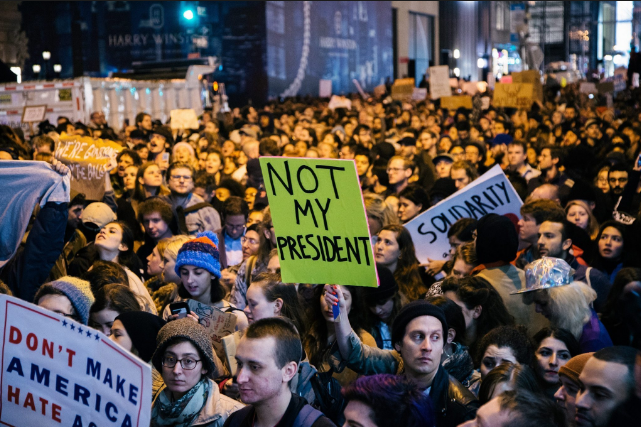 Standouts from the AW17 Menswear Shows

This weekend Trump takes the seat as the most powerful man in the world, this has a massive impact worldwide. On Saturday the 21st of January hundreds of thousands of women are marching on Washington, here’s how to get involved if you live in the UK

What time does the march start?

Where does the protest start?

The protest will begin outside the US Embassy which is located on 24 Grosvenor Square, W1A 2LQ.

How long is the march and what is the route?

The march is approximately two miles long in total. The route will run from Mayfair to Trafalgar Square.

What should I wear?

The weather on Saturday is forecasted to be a chilly 6 degrees with a small chance of rain, so the event organisers suggest you dress comfortably in appropriate layers.

What should I bring?

One thing you’ll definitely want to bring is plenty of water. The two mile march could take several hours to navigate so you’ll want to keep hydrated along the way.

One of the goals of the march is to keep the "momentum going" into the Trump presidency, march co-chairwoman Carmen Perez told Glamour.

The plan of action for after the march.

"This is just the beginning of something larger. The real work is going to come after the march and we’re preparing for that."

To that end, here is a list of organizations that support women’s, LGBTQ, and immigrants’ rights, among others. They need your help before, during, and after this weekend’s protests.