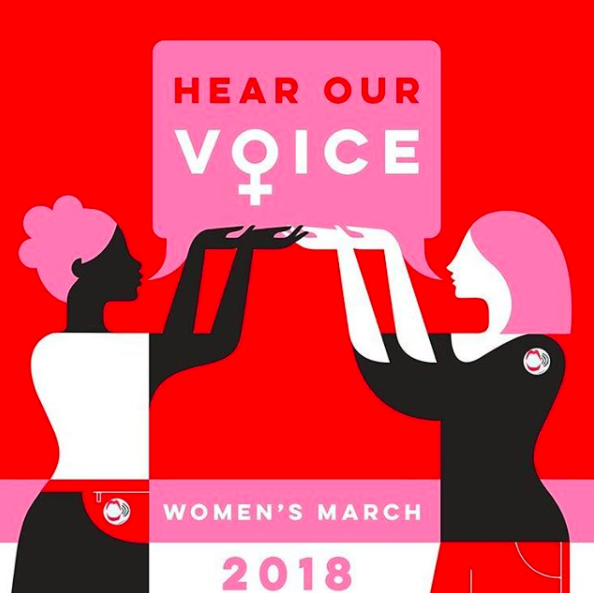 Planned Parenthood condemned Mr Trump’s participation in the rally, noting in a statement that abortion has been legal for more than 40 years.

Mr Trump and his administration have been “laser-focused on using their power to control women’s bodies,” the organisation said.

It has been quoted by every news network in the US that "hundreds of thousands of women marched", but looking at the footage we can only assume that figure is closer to the millions, taking into account the marches all across the globe.

In LA alone over 600,000 women marched (according to Mayor Eric Garcetti’s Twitter feed), celebrities stepped out and shared their stories, of victimisation, harrasment and abuse.

“I opened my first fan mail to read a rape fantasy that a man had written me, I understood very quickly, even as a 13-year-old, that if I were to express myself sexually, that I would feel unsafe. And that men would feel entitled to discuss and objectivity my body. At 13 years old, the message from our culture was clear to me, I felt the need to cover my body and to inhibit my expression and my work in order to send my own message to the world that I’m someone worthy of safety and respect. The response to my expression, from small comments about my body to more threatening deliberate statements, served to control my behavior through an environment of sexual terrorism." – Natalie Portman

If you only watch one thing about the 2018 womens march today, make it the poem by Hasley – devestating, moving and full of hope.

International Women’s Day 2017: How Can You Get Involved?

"Ask her story and then shut up and listen. Black, Asian, poor, wealthy, trans, cis, Muslim, Christian. Listen, listen and then yell at the top of your lungs. Be a voice for all those who have prisoner tongues… Lord knows, there’s a war to be won."

This is the beginning, it is not the finale.

here is my entire “A Story Like Mine” poem from today’s #WomensMarch2018 in NYC tw: rape / assault. Thank you. pic.twitter.com/l3fji73woM