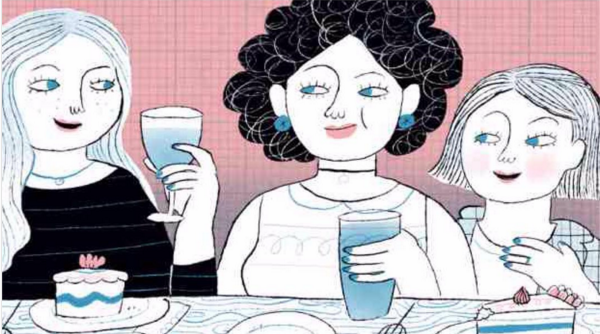 Sexual Misconduct in Hollywood – Who’s next?

|Building valuable relationships in every sphere of your life is important – and your work is no different!

It’s not often that the plots of TV shows confirm my deepest fears and anxieties. From Pretty Little Liars to Stranger Things, our T.V shows today seem to get more sensational and less believable by the minute (as if Cristina would ever leave Meredith!) so I’ve learned to laugh off the plot lines and embrace the ludicrous. But when I recently watched workplace thriller, The Replacement, my blood ran cold and my Twitter feed broke into a frenzy. Everyone on my feed was asking the same thing: Just how much can we really trust the people we share our desks with?

I’m not suggesting that every colleague is going to sabotage your career, push your boss of a roof and steal your baby a la Paula. In fact, many of us enjoy spending time with our colleagues. Whether it’s Friday night drinks or just moaning about the lack of biscuits in the cookie jar, a colleague can stand by you through little problems and big projects. But it’s easy to see how things can go wrong. With big ambitions and even bigger egos at play – can workplace friendships just be a recipe for disaster?

Jess* still hasn’t forgotten about the time her office BFF snitched on her. €œWe’d worked together side by side for over a year, sharing lunch and coffee breaks and swapping all the office gossip. So I didn’t think twice about telling her I planned to take a day off to go interview for another job. When my boss questioned me about it the following week, I knew it had to have come from her. It was clear she was just looking out for herself. After that, I’ve always kept my private life and my work life separate.€

But Emma*, who works as a creative in London, says it is not always so straightforward. €œPeople are quick to say to you that you can never be friends with the people you work with. But your colleagues are the ones you spend the most time with – you hang out with them all day and you want to get on with them. Especially in creative industries, you have to be quite open and work closely together. So it can be very difficult if you don’t get on with those people or if you feel a barrier or a wall stopping you from bonding.€

And Emma’s right – having a close ally at work has been proven to improve productivity and employee loyalty, and work alliances can be a key factor in boosting career progression. But as workplaces get more and more competitive with increased hours and promotions and pay rises thin on the ground, it seems that forming lasting friendships has fallen down our list of priorities. Our busy lives, short-term contracts and longer commutes mean we’ve swapped intimacy for efficiency – and our workplace friendships are suffering as a result.

According to charity Relate, 42% of us say that we don’t have a single close friend at work. That can be a pretty hard statistic to swallow, given that we are surrounded by the chatter of #girlbosses, female empowerment and lifting each other up. If there is an alternative narrative, it’s the stories of cruel and bitchy colleagues, with a focus on the ways in which women go out of their way to compete with and hurt each other. It’s rare we hear about the middle ground, in which people collaborate and respect each other before moving on to the next project and sometimes come back together again. We don’t talk about the fact that making and keeping friends at work can be difficult or that sometimes we need an ally in the workplace.

But that middle ground can be achieved – it just takes a little effort. Try saying yes to one invite a week, or if that’s too much, go to one lunch in every three. If the invites aren’t rolling in, ask someone to go for lunch or a drink one on one, few people would say no but they’re more likely to think of you in the next group scenario.

When working alone or in a managerial position, socialising can be a little trickier. But it doesn’t have to be impossible. Try seeking out a mentor to act as a sounding-board or network of people who are on a similar level but perhaps in different jobs or industries.

Make sure you mark yourself as someone people can trust and confide in but remember friendships at work are just like all other relationships. They take time and patience and even then you might not be right for each other. But put the effort in all the same. It might sound far-fetched – but you might just make a friendship that puts even TV’s scripted soulmates to shame #Grey&YangForever.