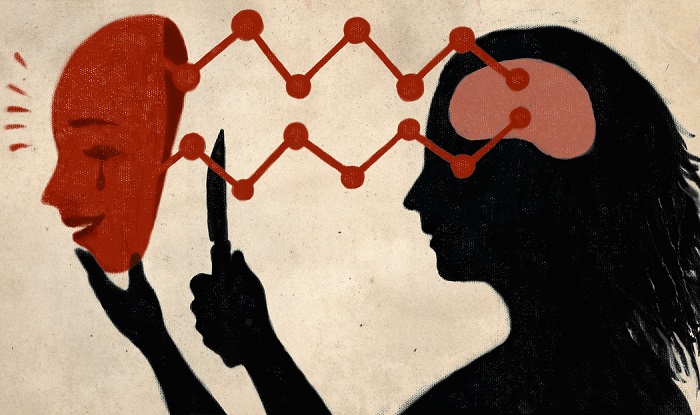 |Serial killers, sociopaths and unsolved murders – these are just a few of the things adult nightmares are made of.

Psychopaths (of the stab happy variety and otherwise) have never held a more prominent part in our cultural landscape. From podcasts to Netflix docu-series, we’ve found our own grown up boogey man and instead of hiding under the covers are all but crawling under the bed with them.

But why are we so obsessed with psychopaths?

It could be that on some level there is an attraction. The dark triad (narcissism, Machiavellianism and psychopathy) are all but [human sexual catnip](https://graziadaily.co.uk/relationships/dating/dark-triad-attracted/) so you can thank your body chemistry for every fuck boy/girl you’ve ever taken a fancy to.

Charm combined with a no-fucks given attitude can be utterly intoxicating which is a nightmare for dating but turns out pretty prevalent in many top leadership positions (it turns out a gift for callousness is a real boon when you’re entirely trading in bottom lines.) And well, that’s fascinating.

We have an innate need to understand, and psychopaths/sociopath lack that – learning how to lean in to a performativity of emotions. Of course we want to know how someone could act in a certain way – from minor every day grievances to full blown monstrosities – we love to rationalise, but simply, we can’t. They’re not wired that way. And us? Well our biases, experiences and emotions will colour any attempts at rationalization.

That’s the scary part about psychopaths. Not so much your slashers, but the fact that so often they’re hidden in plain sight. They have long term relationships, families and friends. They can manipulate and mimic and seem for all intents and purposes completely normal. But they don’t feel guilt or remorse or any of the bad stickies that allow for growth.

And then you’ve got the serial killers, the Alphabet murders, the Moors, Doctor Death, the killer clown, the Suffolk Strangler, the Yorkshire ripper, who become through retelling more fable than human.

20 reasons not to go on a diet in January

We have unsolved cases like the Zodiac killer that’s been adapted for the silver screen and series like Mindhunter based entirely in getting under the skin of serial killers. We thirst for details (the more gruesome the better) and in the process mythologise the monster. We’re able to explore our worst fears at a safe distance. Not us. Not this time. It’s well practiced exercise in falling in to darkness. Or watching a train crash. All just at a safe enough distance.

We’re drawn to trauma and driven by a search for meaning and psychopaths and serial killers straddle that particular sweet spot for us. We’ve always had a taste for the macabre, it’s just that a tv series about a murderer is far more palatable than public executions. The killers that become famous? They tend to have a flair for the dramatic (and we love a quirk) but some how, by telling ourselves stories about the boogey men, they become less real. Less of a risk.

Our fascination with it is a mix of lullaby and lust – a desire to understand the darkness and to feel safe from it.