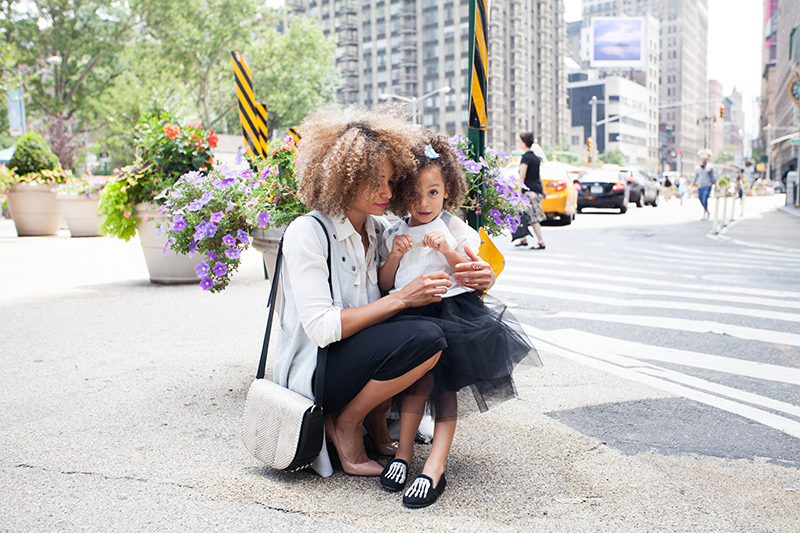 The Wonderful World of Wool

I don’t know much about babies. If anything, the sight of one across from me on the tube makes me feel a little afraid (tiny hands, ugh). One thing I do know, though, is that they don’t give a fuck what they look like. Why do you think babies let you dress them up like puppies or sailors or bumblebees and plaster it over Instagram? Because they either don’t know, or don’t care what they’re wearing.

Which is why I think it’s super weird that people dress their kids in expensive shit. According to Euromonitor, the childrenswear market in the UK is set to hit £6.1 billon by 2020, and worldwide children’s clothes account for 12% of the apparel industry. They say that thanks to social media and the rise of blogging, parents are more invested than ever in making their kids look fresh off the catwalk.
Check out this Gucci number: 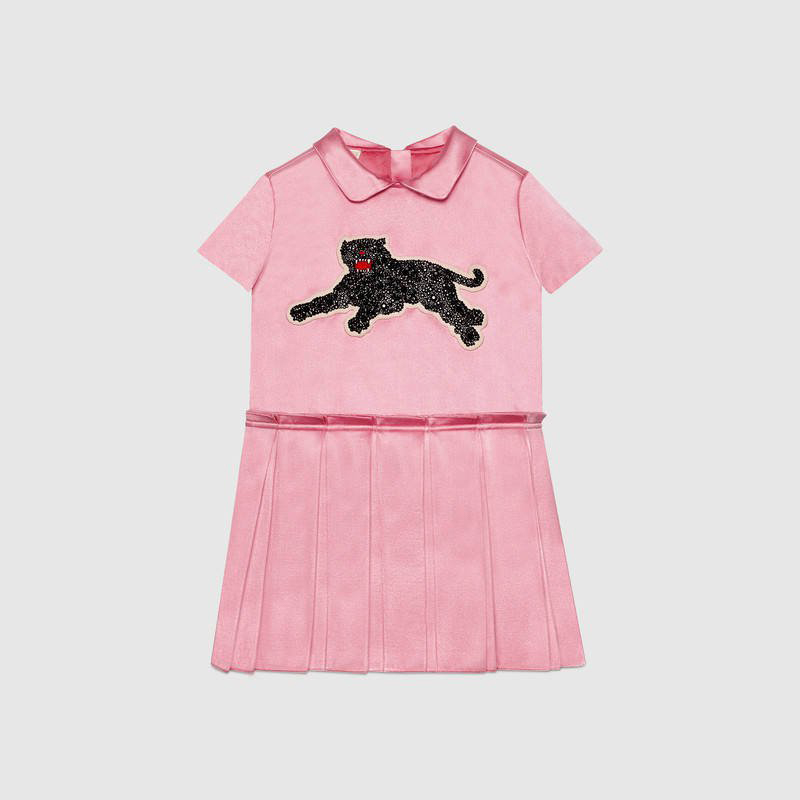 Wow, your 4-year-old will be looking like a miniature Blair Waldorf in no time. But ask yourself, what will that carefully appliquéd panther look like with a pot of Petit Filous down the front? Now, ask yourself, is £770 an acceptable price to pay for this item which will be ruined in approximately 18 minutes?

How about this Dolce & Gabbana masterpiece from kidswear boutique Melijoe: 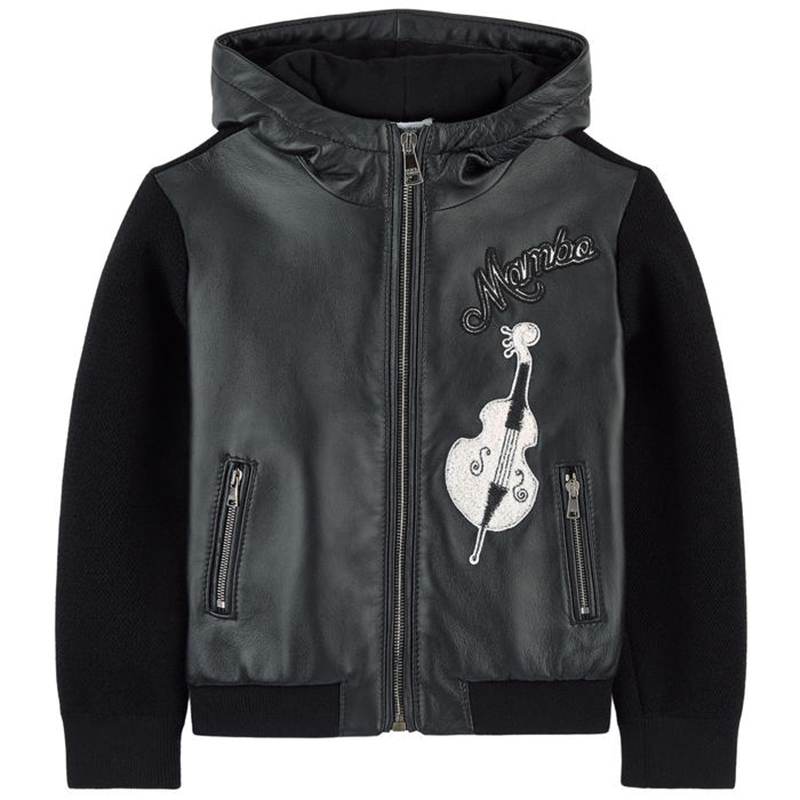 The site boasts that this jacket is lambskin. Try telling an 8 year old that snowy the lamb got merked for this abomination. It won’t go down too well. Also, what’s with the musical theme? All kids know is The Wiggles, and probably that song from Barney (I love you, you love me, etc). Don’t parade your child around as if he can tell a cello from a double bass, because he can’t, and it’s making little Tarquin look like a dick. P.s. That one is £575 in case you were wondering.

Next, I’d like you to judge this dress purely on face value. If you saw a little girl at the playpark – or wherever children frequent, maybe a ball pond or Pizza Hut, idk – would you try to jack her style? 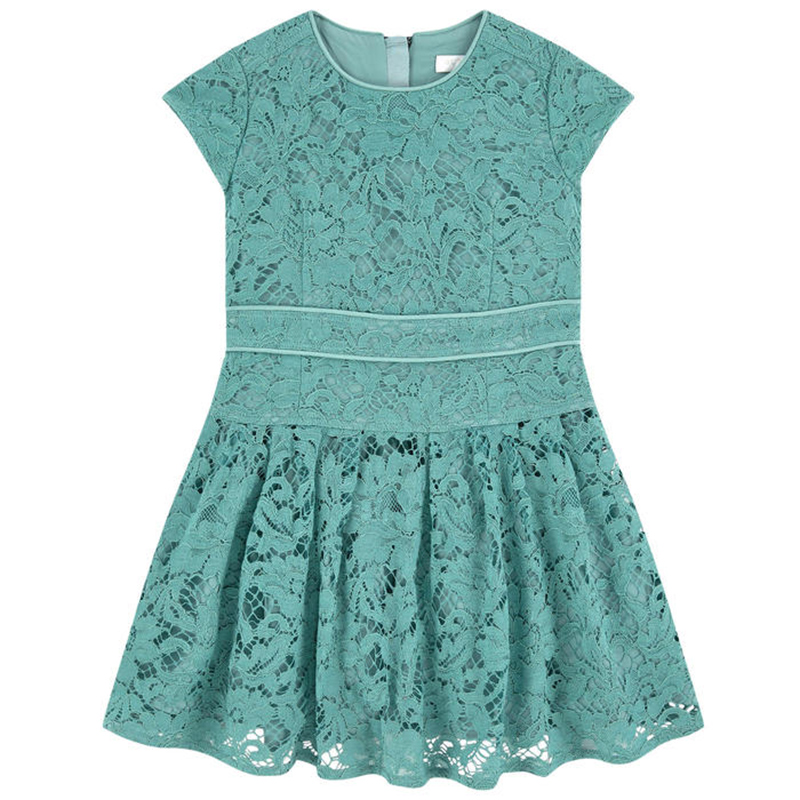 Fair’s fair, it looks alright. Nice colour, bit of lace. But you all know it’s basic as hell. That is BURBERRY, people! Burberry for someone who does not even know who Christopher Bailey is, and cares more about Peppa Pig than the iconic trench coat and its cultural significance.

Because therein lies the real issue. When I was six, all I wanted were some sparkly lilac Barbie trainers from George at Asda (yes, I know, stylin’ from birth). I liked them because they were a pretty colour, and lit up when you took a step. Honestly, if you’d put a pair of Stella McCartney tennis shoes in front of me, I’d have cried because I don’t care that they’re nine times the price – I just wanted Barbie ones. Show me a child who can tell their Fendi from their Clarks, and you’ve shown me a little kid who needs to go climb a tree.

This is where mummy bloggers have a lot to answer for. Clearly, bringing Tabitha and Oswald to the school gates in Armani Junior is a status symbol that means more to the other parents than the child’s classmates. Where once, pushy parents would force their offspring to become piano prodigies or prima ballerinas, it’s now about emulating North West instead. Although North is a stone cold cool dude, her lifestyle is not one that’s calm, normal, or inspirational. She never even gets to walk around with ice cream and ketchup all down herself, which is the greatest pleasure of childhood.

Not forgetting, children grow crazy quick. I know this because I was one once, and in only a few years went from a little bean to the lithe, leggy princess you see before you today. Take me into H&M Kids now and see what I can get on. Maybe one leg from a pair of jeans over my arm, but that’s at a push. If I’d bought my little one a grand’s worth of a jacket, they’re wearing it until it falls apart at the seams. Unrealistic, but value-driven.

As a childless harpy, I can’t tell anyone what to do with theirs. Plus, I’m sure it’s important to teach your kids about being presentable, and make sure they don’t look like a scruffbag. Although I can’t help thinking that buying premium clothes for your wee ones like this sends the wrong message. Wouldn’t that money be better in a college fund? Or even on toys! You know, something that actually matters to those under the age of 13?

Let us know your thoughts! Tweet us at Fashion Fix Daily