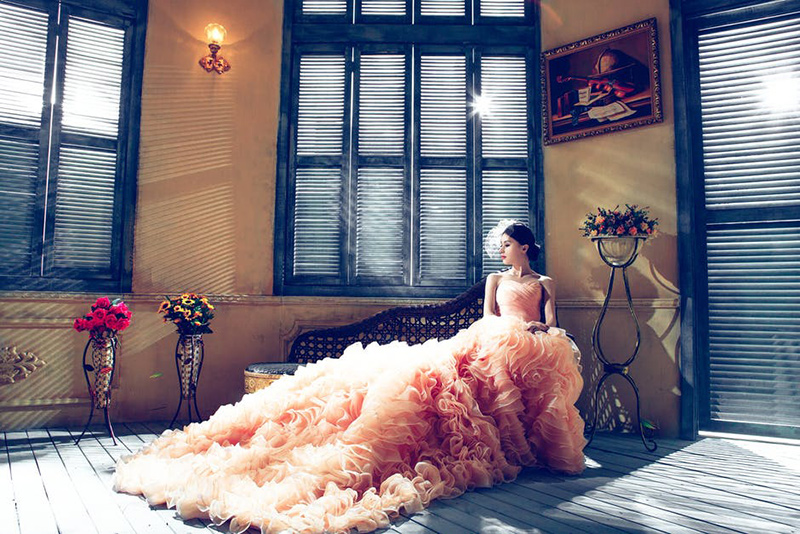 | Haute couture dresses will mesmorise you, but it’s likely that you wouldn’t ever wear one yourself. So, why are Chanel and other big names making haute couture clothing?


As we recover from Paris couture fashion week Autumn/Winter 17, the industry is feeling reflective on the traditional fashion cycle, and questioning whether it’s still relevant in today’s world.

In addition to huge shifts in catwalk schedules and retail models, and an increasingly volatile economic climate within the creative industries, the issue has arisen of if there’s even any point for designers to put on catwalk shows, and if there’s any point in commercial couture at all?

So who is haute couture really for?

Firstly, we should know that there is a difference between haute couture and couture. The word couture essentially means ‘sewing’ in French, thus couture clothing implies a high level of hand-craft. In a high fashion context, couture is the opposite of ready-to wear (pret-a-porter), therefore cannot be bought straight off the rack, instead created directly for clients on a bespoke, made-to-order basis.

Haute couture (high sewing) is the same concept but classified as such only after approval by the ‘Chambre Syndicale de la Haute Couture’ in Paris, which was founded by the first British couturier Charles Frederick Worth. By meeting strict conditions, namely that a haute couture house must produce 50 new and original designs of day and evening wear for each collection shown twice a year, and they must employ a minimum of at least twenty full-time skilled seamstresses in at least one atellier only then will they gain approval.

With the swiftly changing fashion calendar, designers are beginning to rethink whether it actually makes sense to invest in catwalk shows for spring/summer, autumn/winter, pre-fall, cruise, menswear, womenswear, and couture. The new see-now-buy-now model is said to be democratising fashion, giving consumers the real power rather than buyers and press.

Read More How the Catwalk Steals from Working Class Subcultures

If high fashion wants to keep up the fast pace of life in the digital age where supply far outnumbers demand and budget retailers are getting more trend-savvy, sticking to ancient Parisian haute couture traditions may not be the wisest choice.

Couture is not financially viable, that’s a given. But as the already very small minority of private couture customers and collectors shrinking, luxury houses are consistently relying on the sales of subsidiary ready-to-wear collections, diffusion and collaboration lines, accessories, fragrances and beauty products instead.

Fashion can truly be art, that is certainly clear in the stunning couture collections from the likes of Viktor & Rolf, Guo Pei adn Jean Paul Gaultier, so why must we add strict rules, and forever demand commercial viability, pressuring designers to stifle their creativity, as embodied by the increasingly ‘normcore’ collections shown this season by many designers and brands.

So who is haute couture really for? The press? The designer’s ego? The super rich? Or is it just an inside joke for the fashion community, a commodity to celebrate and criticise, a concept to stand in awe of but never actually buy?

Join the conversation over on Fashion Fix Daily’s Twitter.