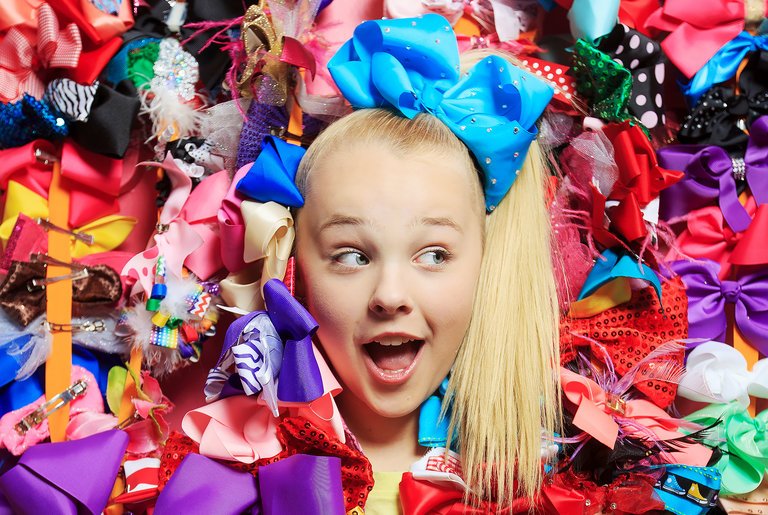 Ever wanted to know what the hell a Jojo Siwa is? If you are feeling out the loop, FFD has the rundown on the biggest name in popular culture today.

While we haven’t been watching, this 14-year-old from Nebraska is quietly creeping into every facet of the pop culture landscape as if from nowhere. But how?! You guessed it! Reality TV.

Rising to fame via Dance Moms, Jojo Siwa made her mark with her colourful outfit choices and a giant bow fixed onto her signature ponytail. So much so she’s made millions of them! With collections released around the world from Walmart to Claire’s Accessories, Jojo Bows are so cult-y they’ve even been banned in some primary schools for being "too distracting".

These fads are, of course, nothing new. From Spice Girls postcards, Furbie’s to Pogs, Jojo’s Bow’s are just the next thing in a long line of fads. The main difference, however, is Jojo Siwa is anything but a one-hit wonder.

Working as her own biggest advertiser with over 5 million YouTube followers, kids are literally hanging on her every word from her favourite shampoo to 9.5 million watching her get ready in the morning. And that is exactly as creepy as it sounds.

As well as being the face of Nickelodeon (which only brought another load of endorsement deals) she sells everything from her own dolls, stationary, bed spreads, clothing, THE LOT! High School Musical, who now?

JoJo’s latest step towards world domination (as if she wasn’t close enough) is a book titled JoJo’s Guide to the Sweet Life. Described as "a nonfiction middle-grade memoir that inspires young girls to find the courage and confidence to go after their dreams." In other words, here’s the wisdom of JoJo Siwa – a child who is undoubtedly much, much wealthier than the vast majority of us. Let’s bask in some of her all-powerful truth nuggets, shall we?

She calls her fans "Siwanators," and if you’re a Siwanator you’re strong, you’re powerful, you stand up to the bullies. If you’re a Siwanator, you’re nice. And apparently, the way you can tell if someone is a Siwanator is if they have a JoJo bow in. This could either be very cute or somewhat elitist. The dream is for young kids to find safety in Jojo bows, but if my Spice Girl shoes have anything to go by? If you don’t have the "right" Jojo bow you more than likely will be scunnered.

Day In The Life Of: Laura Boyd, TV Presenter & Producer

In one of the chapters named "Sugar Babies" (yes like the "adult arrangement" website with that exact same name, and no I can’t believe no one spotted this in the editing process.) Jojo says you should pin point your personality towards a sweetie. E.g. "Almond Joy: You’re a little quirky and proud of it! You’re a leader and stand out from the pack." #Deep.

Or we could skip to Chapter 13: #LuckyCharmedLife where she advised "If you like smooth peanut butter, try crunchy peanut butter! Who knows, it could change your life." #Enlightenment

Whether you agree with the sugary sweet role model or not, if your kid is a self-proclaimed Siwanator there could be a lot worse. Just be sure to compile your very own Siwa dictionary and prepare to palm your face at any given moment. Happy Boomerang-ing!