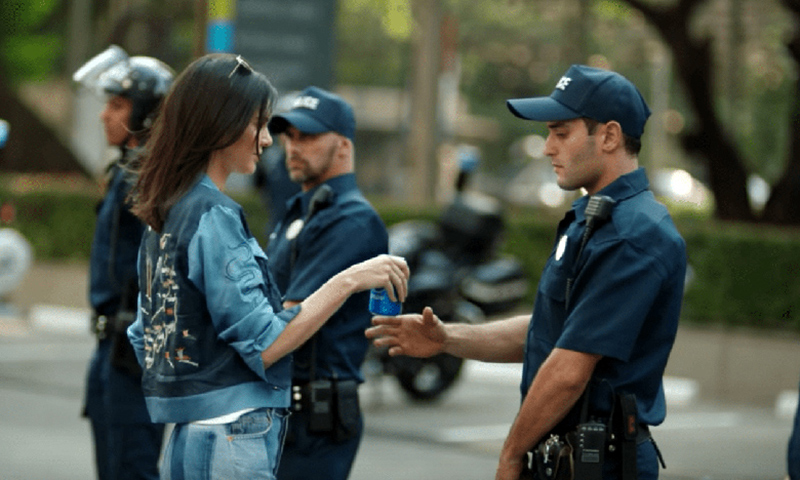 Out With The Coats, In Come The Jackets

| SNL have done what they do best in the advertising world, triumphing with a classic spoof of that Pepsi x Kendall Jenner ad.

If you haven’t seen or heard of the Pepsi commercial, you most definitely have been living under a rock on a remote island off of the coast of nowhere. Everyone; ourselves included have talked about THAT commercial.

Saturday Night Live has made a new spoof sketch of the commercial. The sketch shows a comical behind the scenes portrayal of the original Pepsi advert that starred Kendall Jenner.

In the sketch, we see the director’s transition from excitement to apprehension about the advert he has written. Here’s how it goes: he receives a phone call during which he explains his vision for the commercial, calling it €œan homage to the resistance€. He goes on to basically explain what we see in the original advert and spends the entirety of the sketch attempting to convince the people on the other end of the call of the brilliance of his vision and gain their approval…. This doesn’t happen. Are you surprised?

Although we never hear what the people on the other end of the phone say, they seem to reflect the same sentiment that most of the world had regarding the advert. Beck Bennett who plays the director continuously asks to speak to another people when met with the same negative response about his vision for the advert. He is even told by the €œblack neighbor€ not to touch the black lives matter movement or even show police in the advert. By the end of the sketch, he is visibly worried about the commercial but it is hilariously too late to do anything about it. The Sketch ends on a ironic note with Cecily strong as Kendall Jenner speaking on the phone about her savior role in the commercial.
If SNL doesn’t give satire the greatest comedic value, I don’t know who does.

When you die, become a tree!