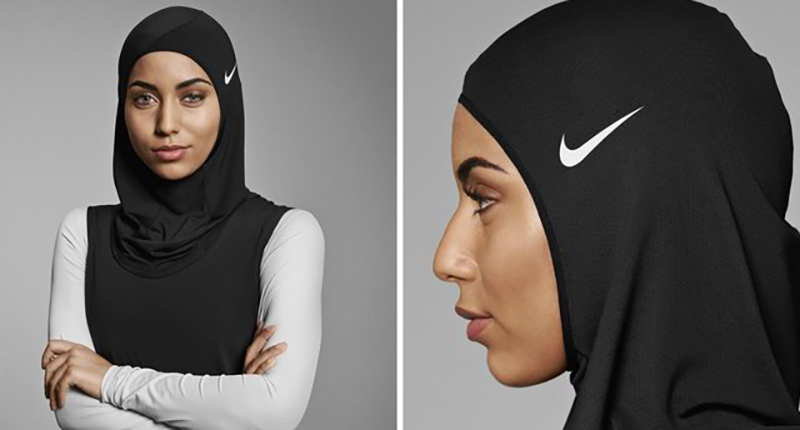 Nike’s announcement of their new Nike Pro Hijab has sparked online debates causing a divide amongst the twitter community. Some are outraged and are choosing to boycott the brand while others are praising it more than ever before for this new addition.

The Nike Pro Hijab – made with lightweight durable polyester fabric with an elongated back that wicks moisture- is yet another display of innovation from the world’s leading athletic clothing company. Last year we saw the release of the first batch of HyperAdapt 1.0 trainers with self-lacing technology, Nike Air VaporMax with an air-cushioning sole, and football boots with Nike Anti-Clog Traction which prevents mud from sticking to the sole.

The Nike Pro Hijab is intended to provide active and performance wear to its global customer base. The product has been in prototype testing since early 2016 with athletes such as Manal Rostom (runner & triathlete) and Zahra Lari (figure skater) wearing it. The official commercial for the product in the middle east featured some of these female athletes and others rocking their Nike pro hijabs in casual, training and competition settings.

Nike’s Pro Hijab is planned to be released in Spring 2018. It signifies not only active wear but more so, a liberation and acceptance of the Muslim woman’s self-identification in the sporting world.

What are your thoughts? Have your say in the comments below.