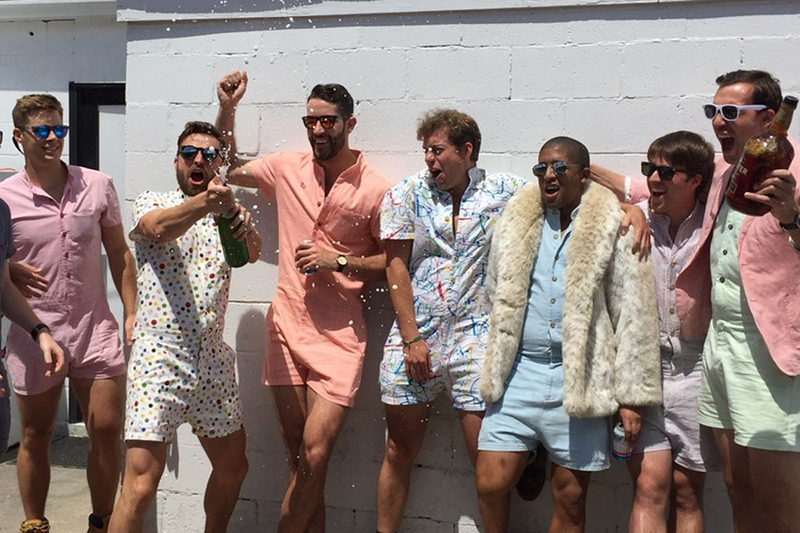 20 Hollywood Starlets You Need To Know About

Rompers, or as we outside of America call them, playsuits are upping their game. As you know, we love unisex clothing and the fact that the romper (or should we say RompHim, no idea why they need to rename it, it’s like meggings all over again) is joining the unsex family is pretty cool. The new style of dressing for the men has caught a lot of attention on social media in the last few days due to the kickstarter campaign. The company behind the look, ACED Design wanted to start a high end romper for men.

Like most things, there has been a divide on social media. Some have found the idea to be absolutely fantastic while others have found it ridiculous to imagine onesies as appropriate dressing for men anywhere. The one piece shirt and short combination isn’t as innovative as one could’ve thought it was thought. The romper has been around for quite a while. Cam Newton wore a kick ass floral onesie to Coachella and looked so dope that we couldn’t fault it. Rompers aren’t new but seem to be getting more and more popular.

Standouts from the AW17 Menswear Shows

Watch the video below and let us know what you think of the trend.