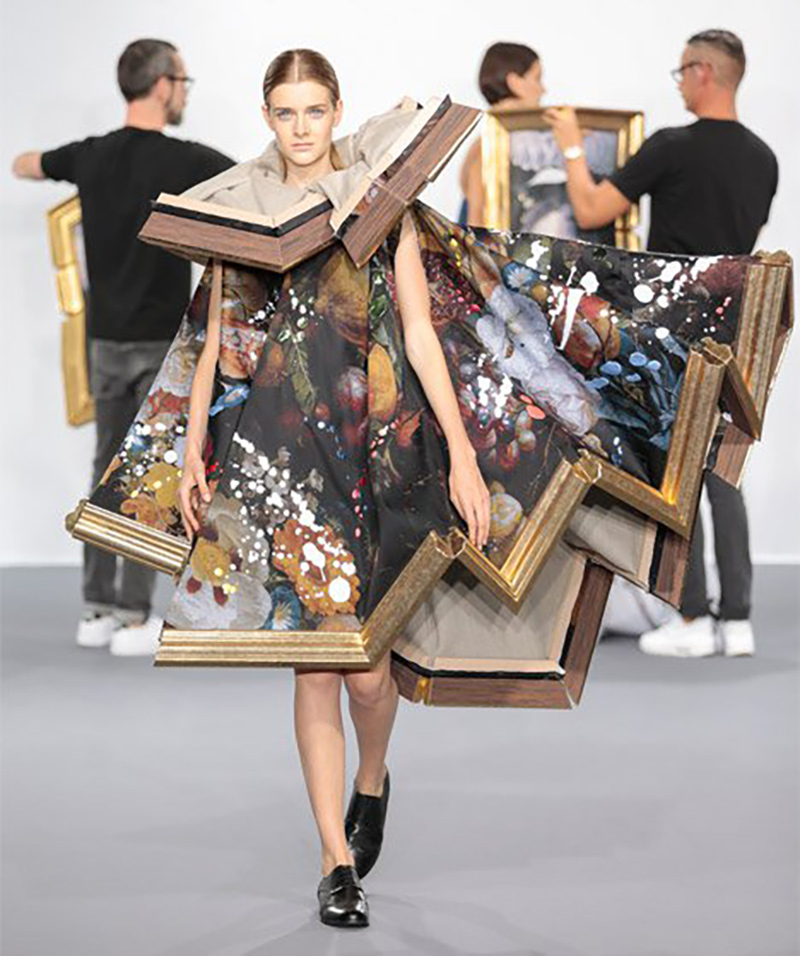 Fashion is often thought of as merely a show of materialism, and not art. Viktor Rolf & Alexander McQueen show how this perception of fashion is so outdated.

My personal answer to that main question is yes! Yes Yes YES! But it’s not about me.

Art is an expressive application of human creative skill and imagination typically in visual form. (Thank you Oxford dictionary). Fashion is often thought of as simply frivolous and a show of materialism, whereas art an eloquent expressive tool. This perception of fashion is an injustice to the artistic license of everyone involved in the entire industry. Fashion might just be the greatest form of art. It is a form that can be worn every day in expression of mood and personality. There’s no limit to how many times one can change an outfit in a day. There are no limitations to expression in clothing.

For Viktor & Rolf, fashion is literally art, as can be seen in their Haute Couture FW15 Catwalk Show, described as wearable art. The unorthodox expressiveness of this show puts it in the competition for title of Greatest Ever Fashion Show alongside some of the latest Alexander McQueen’s shows. Why? Because McQueens shows were much more than a display of clothing items; they were theatrical performances.

Leave your thoughts and opinions in the comments section below.