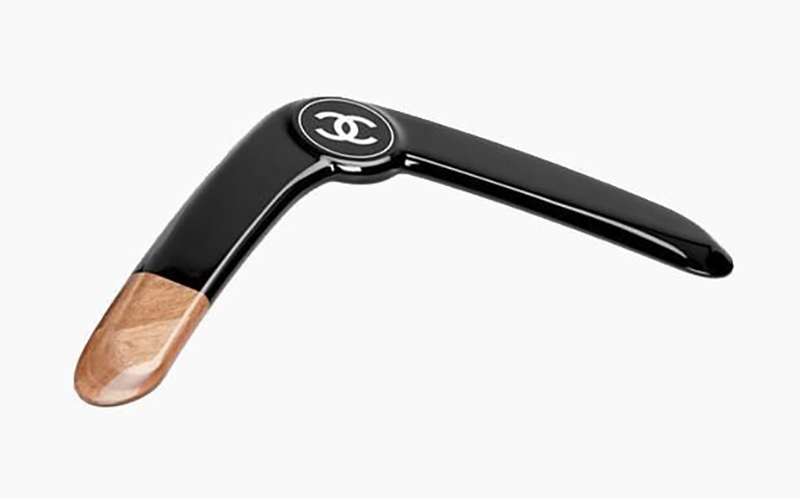 Cultural appropriation sometimes feels like a term that is thrown around loosely in pop culture and the fashion community is no exception. But this time it is causing more of an outrage that we have seen in recent times. It started with the social media profiles of model and makeup artist Jeffree Star. He took a photo of his £11000 Chanel boomerang that featured as part of their accessories collection. It wasn’t long after this that the fashion house was attacked with accusations of cultural appropriation.

Have decided to save for the next three years so I can connect with my culture via @CHANEL https://t.co/ocZSljGkPW

The boomerang is a native hunting tool for Australia’s indigenous people. Majority of the criticism stemmed from the fact that Chanel would be profiting from a tool created and related to a particular culture and was selling it at an extortionate price whist the people to whom the tool belongs are still generally underprivileged and fact a huge amount of discrimination. The price is what astounded most of social media with one tweeter user stating that €œyou could feed families in poverty with the money you spent on something you probably don’t even know how to use€.

Jeffree Star responded to his critics with this quote "Um, Walmart.com has been selling boomerangs for 20 years for $10. How come no one cared? Boomerangs have been sold at Toys R Us for years. Boomerangs are for sale on Target €” everywhere… They’re common things here in America. And I think because it’s me, because it involves me, it’s always gonna be a circus, and people always want to make it a thing."

Which really just proves he doesn’t get it, because it’s not about him, it’s about centuries of discrimination against Aboriginal Australians, the immense anger about which has been swept under the rug, much like it has been for America’s indigenous people.

To understand this issue as deeply as you can, you can read words on the matter from Aboriginals, and read up on the history of cultural appropriation in runway fashion.