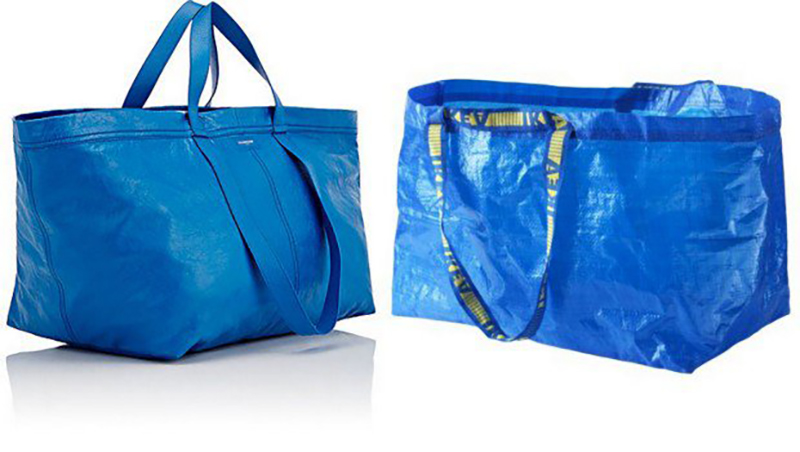 Well we never thought we’d see the day that a fashion house ripped off IKEA…but it’s happened! Watch the Hilarious response video from Ikea to Balenciaga.

Okay the first time we saw this bag, we also thought it looked familiar. If the title of this post hasn’t given it away yet (it totally has), it is because it looks just like the Ikea’s tote bag.

The internet has found the similarity between both totes hilarious. My question is: Is it really a copy of Ikea’s tote or was Balenciaga’s design team simply inspired to make something that just happened to be similar to Ikea’s. If they were inspired by the Ikea bag, surely they would have thought to change the colour or something so that it didn’t look like the exact same bag don’t you think? They did! Balenciaga’s tote also come in the colour yellow…which also happens to be the Ikea bag you shop with in store…go figure right?

Of course the internet had a good laugh about it but I all of a sudden feel like I can carry my Ikea tote and look more fashionable than I ever have with it on my shoulder. Coincidence? I think not. Ikea has released a hilarious response to the Balenciaga, a list of 4 ways consumers can know the real Ikea tote from the ridiculously expensive imposer.

Check out Ikea’s hlarious response to the Balenciaga’s replica.

Inside the devillish world of illustrator Polly Nor

Watch the video below and let us know in the comments what you think about the entire situation.