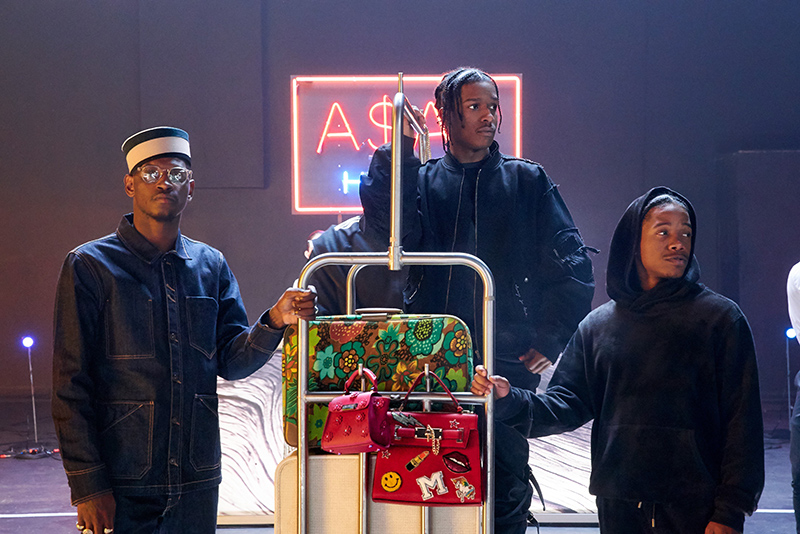 Zalando has released a short film as part of it’s Spring/Summer Campaign showcasing key pieces from this season. The video stars the multihyphenate A$AP Rocky, who has been named one of fashion’s most influential faces by Business of Fashion, Highsnobiety and Complex. All of this being said, there’s no wonder why Zalando has recruited the award winning rapper for this campaign. A$AP Rocky is the king of fashion remixes, well known for his collaborations of street style and high fashion luxury style.

The video also features models, Jourdan Dunn, Andreea Diaconu, Kris Gottschalk and Julia Nobis as hotel guests. As they’re being lead to rooms that fit each of their individual styles they find that their suitcases have been mixed up. This is A$AP’s investigation of the remix of style and fashion, their own mixed with an unexpected other. The result is a fresh new look for each woman, pulled together using a combination of brand pieces from Zalando’s online store, including pieces from Adidas, PUMA and Zac Posen.

This campaign shows everything we could ask for in a holiday. A stay at the dopest hotel with A$AP Rocky as host and a release of our fashion inhibitions by mixing up styles for this summer. The soundtrack for the video is an A$AP Rocky song, so if you are fond of the style – icon rapper (and/or fashion in general), this is one to watch.

The campaign is now live and you can find it here.

What do you think about this innovative campaign? Love it or hate it, let us know below!