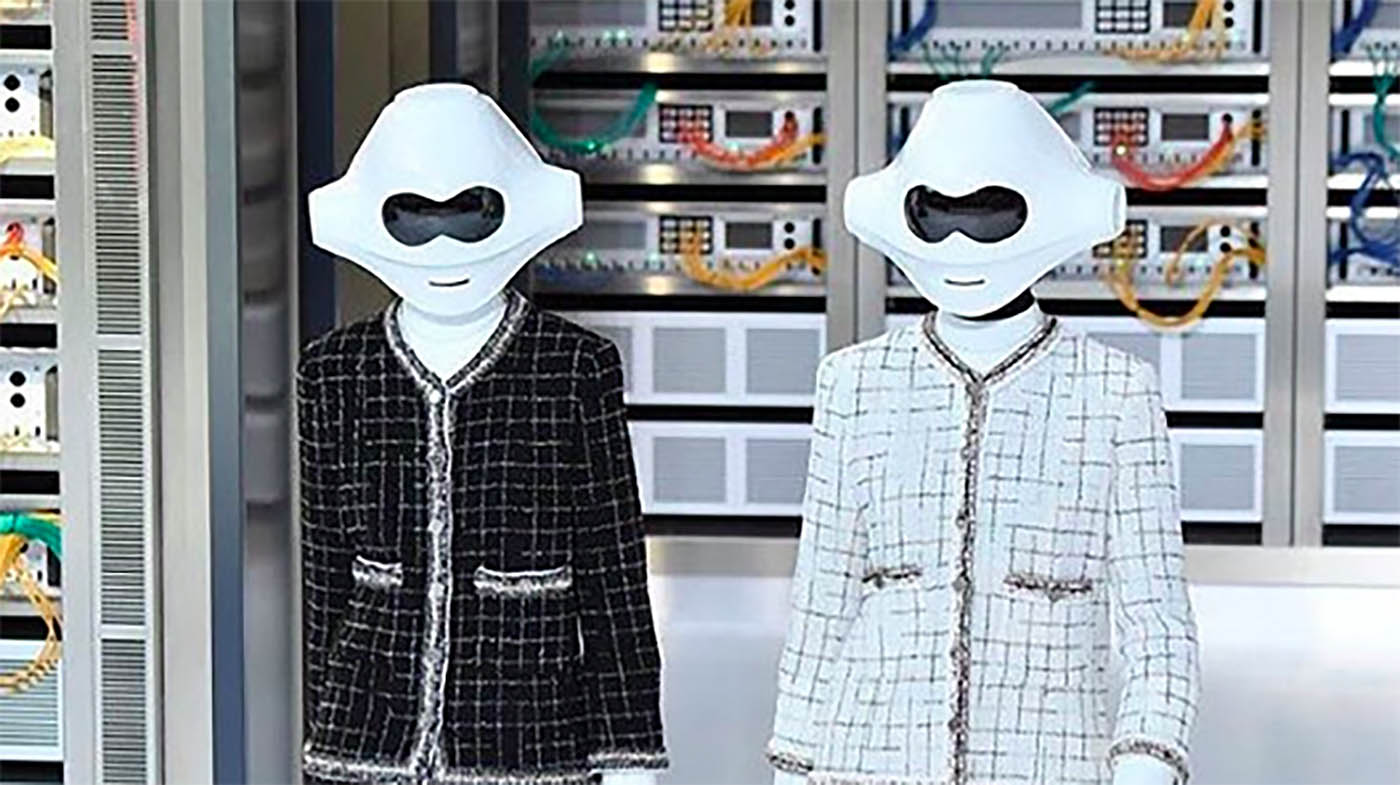 It’s All About The Check – FFD Fashion Trends

Besides the furore over that bloggers vs journalists debate (which, in our opinion, should have stayed in 2009), what else did we take away from the SS17 collections? From a touching tribute to one of fashion photography’s greats to a slew of newly appointed creative directors, here are our top moments from Fashion Month€¦

A Sea of Blue for Bill Cunningham 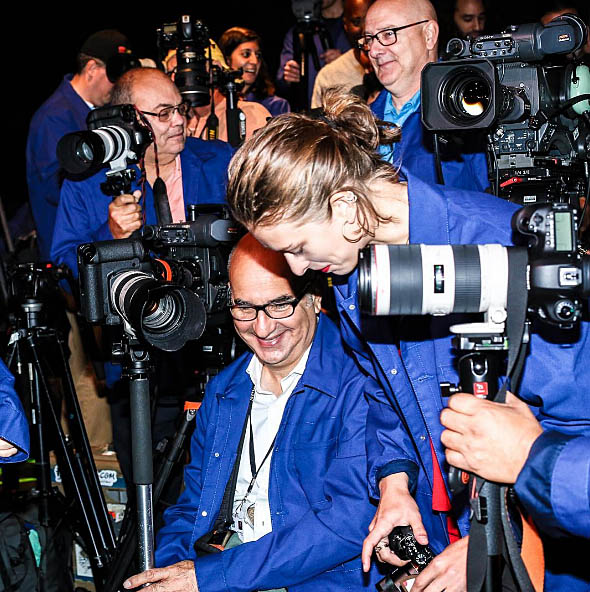 It’s fashion week so, naturally, a little peacocking outside the shows is to be expected. But what we didn’t expect to see were the photographers, rather than the bloggers and editors, taking centre stage. Hordes of photographers banded together to pay tribute to the late, great Bill Cunningham – arguably the OG of street style photography, who passed away earlier this year at the age of 87 – by wearing their own versions of the utilitarian blue jacket that Cunningham became known for wearing. This season marked the first time in decades that the shows had to go on without Cunningham’s inimitable presence. 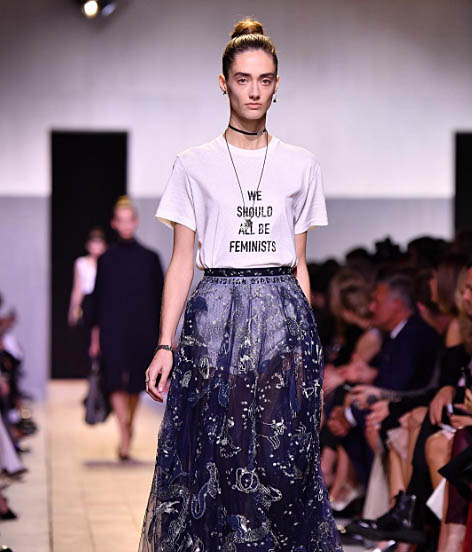 The most notable designer début this season was Maria Grazia Chiuri at Dior, having packed up her bags at Valentino. Surprisingly for a brand known for its celebration of femininity, Chiuri is the first female designer in Dior’s 70-year history. It makes sense, then, that her first collection for the house had a strong feminist message running through it. Chiuri expressed her thoughts on modern womanhood in various ways, both through white, almost genderless quilted white suiting – for which Chiuri drew inspiration from traditional fencing uniforms, which look the same regardless of the gender of the wearer – and more blatantly girlie gowns, appliqued, flowing and semi-sheer. We also learnt that Chiuri loves a good slogan. ‘We should all be feminists,’ one t-shirt proclaimed bluntly, while another paid tribute to the ‘J’adore Dior’ slogan beloved of the 90s.

€¦and Other Designer Shakeups 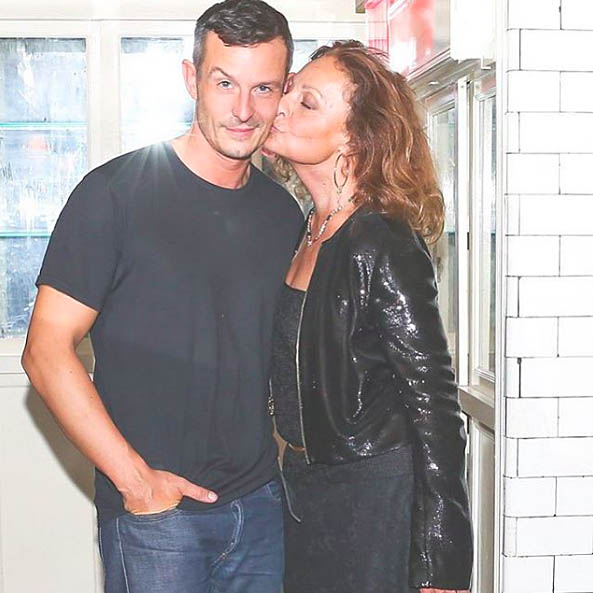 It feels like the fashion industry’s hamster wheel is spinning around faster every season, with every fashion week ushering in a host of new creative directors. As well as Chiuri at Dior, SS17 saw a number of other new appointments making their débuts. Jonathan Saunders took his first step towards freshening up Diane von Furstenberg and Anthony Vaccarello took the reins at Yves Saint Laurent.

Looking to the Future 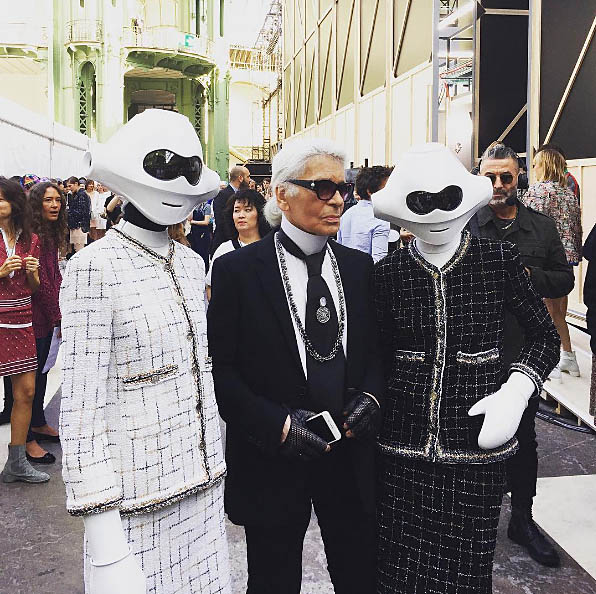 Are we alone in eagerly anticipating Chanel show themes before they’re revealed? Whether you love or loathe Karl Lagerfeld, you’ve got to admit that the guy can’t be beaten when it comes to conjuring up the most fantastical (and arguably OTT) set designs. This season saw Lagerfeld look to the future, with a bot opening the show. OK, it was a model wearing a luxurious robot mask but, still, Chanel SS17 was very future-focused, as tweed-clad models, accessorised with backwards baseball caps, chunky chain necklaces and bauble-like earrings, paraded in front of Chanel’s ‘Data Center’ set to the sound of Donna Summer. At times it felt like Lagerfeld was looking back to the 80s instead of looking to the future. This collection came around at an interesting time, though, as it seemed to speak volumes about fashion’s current state of frux. How will fashion handle technological developments, ‘see-now-buy-now’ culture and the digitisation of the media? Nobody’s really sure, but at least Karl is thinking about it. 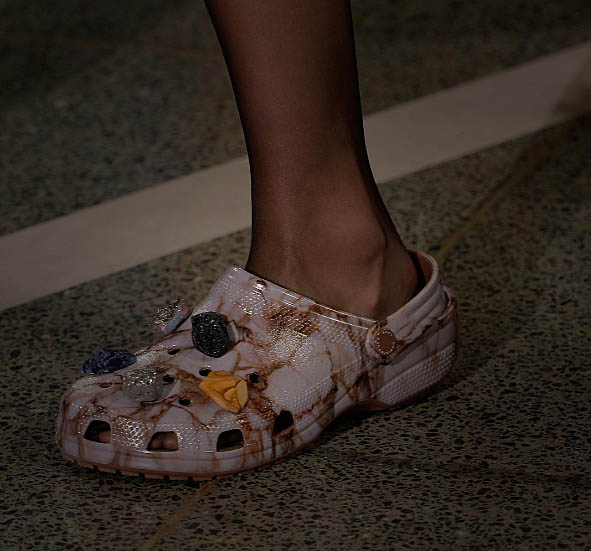 Fashion Month is always a mixed bag, taste-wise. Which is fine, because fashion is an art form: it’s subjective. However, some things just scream ‘wrong.’ As much as we love Christopher Kane, we can’t help but worry about where fashion is heading when he’s sending blinged-up Crocs down the catwalk. While you might think that we have nothing to worry about, and that those Crocs will never leave the runway, consider the fact that Kane put bejewelled pool slides into his SS12 collection. At the time, many people thought they were the ugliest things ever, but, a few years down the line, sliders are all over Instagram, Rhianna, the Kardashians€¦ everyone. So, yes, you should be afraid of Crocs.