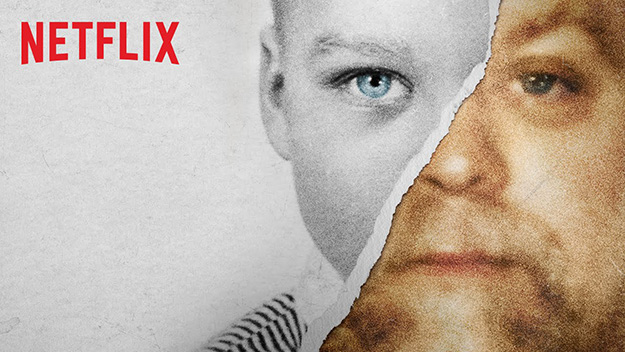 We are currently enjoying a True Crime renaissance with series’ like Netflix’s The Keepers and Making a Murderer being big time hits in what is generally a pretty niche genre. True crime is everywhere, so to indulge your macabre sensibilities, here is a list of unmissable true crime documentaries to sink your teeth in to.

This trilogy documents the arrest of three teenage boys for the brutal murder of two eight-year-old boys. A sort of modern day witch hunt, these films present the arrest of what most people now believe are innocent young men, in what ended up becoming a textbook case of failure of the justice system. My personal favourite of the list, if you are still interested after watching the *Paradise Lost* trilogy then have a look for *West of Memphis*, a film produced by Peter Jackson who directed Lord of the Rings.

Netflix’s mini-series *The Keepers* examines the still unsolved 1969 murder of Sister Cathy Cesnik. What appears to be a straight up unsolved murder develops into an extremely complex and harrowing story of sexual abuse and its consequent cover up. The investigation delves into the possible motives for the killing of a nun, including the attempt to silence her after she discovered rife child sexual abuse in her church. The descriptions of abuse are pretty frank and this can be a little tough to watch, just a little warning.

The Jinx: The Life and Deaths of Robert Durst

Investigating Robert Durst, the billionaire real estate heir and possible murderer, this mini-series goes from strange to stranger, but what ultimately gave this series its hype was the filmmakers’ unbelievable luck in catching the subject in possible one of the most shocking reveals of all time. Reinvigorating the true crime genre before the hype surrounded Netflix’s new documentaries, there was *The Jinx*. Trust me when I say this story is almost as weird as its subject, Robert Durst€¦ almost.

Nick Broomfield’s seminal documentary *The Selling of a Serial Killer* and his follow up film *Aileen: Life and Death of a Serial Killer* are films based on the infamous female serial killer Aileen Wuornos. These films don’t really serve as a documentation of the crimes themselves, ultimately they are films about the killer and the exploitation she faced. From her bumbling lawyer earning money from pimping her out for interviews, to interviews with her ex-lovers, this film takes you on the rollercoaster ride of the convicted killer and even interviews with Wuornos herself, including an unmissable interview on the day before her execution, which really has to be seen to be believed.

Presenting the strange attempted murder of a 12 year-old girl by two of her peers in an attempt to appease a mythical modern day bogeyman, *Beware the Slenderman* examines the impact when children cannot discern fact from fiction, presenting a look into the crime as well as the birth of this online urban legend.

Another Netflix original, *Casting JonBenét* is a really unique take on true crime. Rather than a factual approach, the film aims to view the murder of six year old JonBenét Ramsey through the lens of actors auditioning as part of casting process for a fictional film about the story. Giving unique insight into how the general public view not just the case, but the individuals involved, the film is not just about this particular murder but also about intrinsic fears and pain surrounding issues like death and childhood.

What Tarot Taught Me About Self Care

A slightly different take on true crime and an off-shoot of the film *Cropsey* (which is also worth a watch), *Killer Legends* focuses primarily on urban legends; so why is this included in a list of true crime documentaries? Well, *Killer Legends* examines the possible true crime inspiration from many urban legends like the Candyman and the baby-sitter killers. What is really interesting about this film is the overlap between fact and fiction – just like the film earlier on our list *Beware the Slenderman*, these urban legends and local folklore really inform how we view not only crime, but fear in general. With the likes of the Slenderman phenomena, now more than ever we should separate myths from reality; urban legends from the real events.

Interview With a Serial Killer

Similar to the Aileen Wuornos documentaries, this film provides an up close and personal presentation of a convicted serial killer. Unlike many true crime documentaries where there may be a question over guilt, there is nothing to that end here. The serial killer is Arthur Shawcross who killed 14 people – the conversation goes from bizarre to deeply disturbing with even possible admissions of cannibalism.

The series depicts the death of American businesswoman Kathleen Peterson in 2001. Found at the bottom of her stairs in what at first appeared to be accident, the story takes a massive twists and turns and eventually the number one suspect for her murder is her very own husband, Michael Peterson. This series takes place in real time, beginning filming just after Kathleen’s death. The intense macabre of watching a real life murder investigation play out in front of your eyes is equal parts horrifying and unmissable.