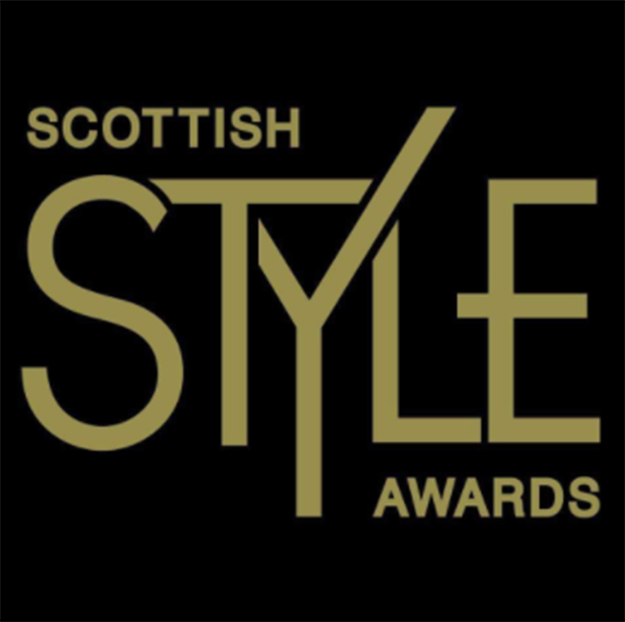 The Scottish Style Awards were founded and launched in 2005 by Mary McGowne with the aim of honouring the inspirational individuals and enterprises who enrich life in the fields of the arts. The Awards celebrate style and creativity in its broadest sense.

Staged in the city of Glasgow and attracting major international celebrities and VIPs, the ceremony is the most eagerly anticipated red carpet event on the social calendar, attracting enormous media attention and presenting Scottish excellence to a global audience. In celebration with Moët & Chandon the corks will be flying at this years event, hosted by the beautiful Pollyanna McIntosh. As ever, it will be a night to remember.

Who are all these stylish Scots that have suddenly appeared? Well, we have a little breakdown for you, think of this list as your Devil Wears Prada folder for the night! 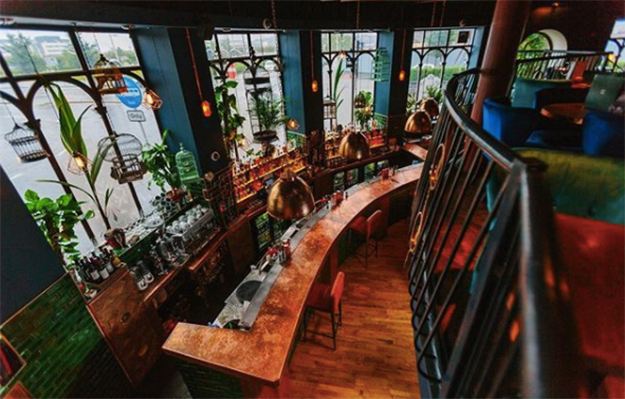 Bird and Bear, Dundee – Stylish bar with a great atmosphere. From plus sofas to hammered copper tables, it’s a mix of Dundonian and Moroccan Riad. Most notable is their Sunday hip-hop brunch Session.

Grape and Grain, Aberdeen – Decedent is the first thing that comes to mind when you see the Grape and Grain. With their panelled walls and piano, this bar is so chic you will never want to leave.

The 158 Club Lounge, Glasgow – Bathed in opulence, the 158 lounge needs to be seen to be believed. The art deco style furniture compliments this iconic building perfectly.

The Citizen, Glasgow – This beautiful Grade A listed building has been restored to the glory days of the Evening Citizen newspaper. Stepping inside is like taking a step back in time. 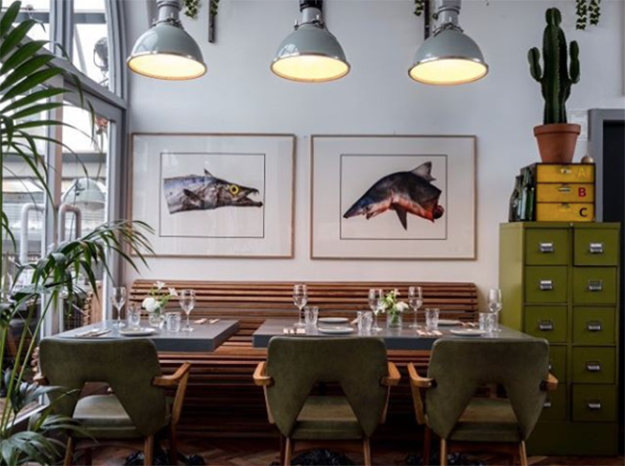 A’Challtainn, Glasgow – This seafood restaurant in the heart of the world famous Barras Market, selling the best of Scottish local produce. The mezzanine gives the perfect view of the space at BAAD.

The Coach House, Bridge of Weir – This light and airy space offer everything from laid-back dinners to lavish celebrations.

The Machair Kitchen, Tarbert, Isle of Harris – Translated from Gaelic, Talla na Mara means the Centre by the sea. As well as an inspired menu, the venue also hosts music events with award-winning traditional/folk musicians, local artists and photographers.

The Spanish Butcher, Glasgow – One for the meat lovers. From their Rubia Gallega Grade 9 Galician Beef, to the 5J Presa Iberican Bellota Pork, the Spanish Butcher imports it’s prime cuts directly from Spain.

The Tayberry, Broughty Ferry – Situated in a beautiful coastal setting, overlooking the Mouth O’ The Tay in Broughty Ferry, Dundee, The Tayberry Restaurant offers a contemporary dining experience, using a combination of modern and classic techniques to showcase the best of Scotland’s natural larder.

Dakota, Glasgow – A boutique chain hotel, the Dakota provides opulence and a level of service that can only be expected from a world-renowned boutique hotel.

Fonab Castle, Pitlochry – Is there anything more decadent than staying in an actual castle? Fonab Castle looks like it was plucked from a fairytale, except now it has the added bonus of a 5-star spa & award winning fine dining.

Strathaven Hotel, Strathaven – This bright and airy manor house boasts beautiful rooms, a stunning bar and grounds you could get lost in.

The Craigellachie, Speyside – Standing at the heart of Scotlands largest whisky region, the hotel boasts an impressive range to try, over 900 in fact! With bright but homely rooms it’s easy to fall in love with the hotel’s rustic charm.

The Lane, Edinburgh – Where minimalist elegance meets Victorian charm. This boutique hotel offers a haven in the centre of Edinburgh. 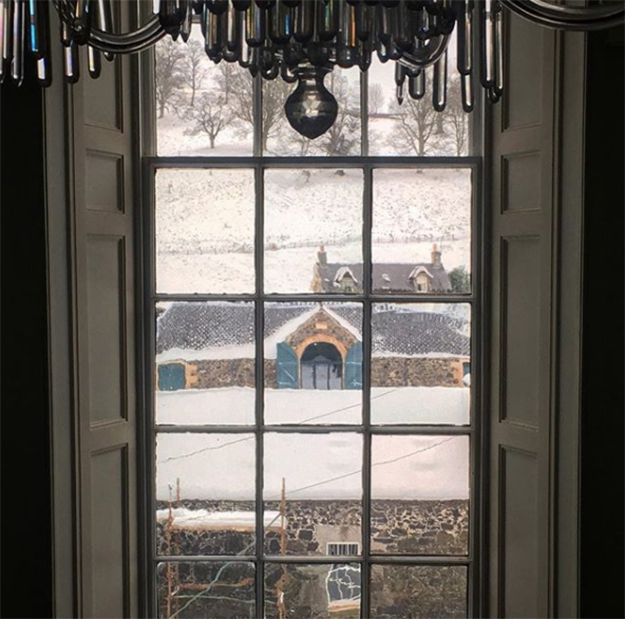 BAaD, Glasgow – Barras Art and Design is a truly unique space in the heart of the East End of Glasgow just a stone’s throw from the City Centre. From gigs to vintage markets BAaD has something for everyone! The atrium houses a number of shops and studios, as well as Glasgow’s first shipping container street food yard.

The Byre at Inchrya, Glencarse – This 150-acre estate in the heart of Perthshire is the ultimate escape. You can Hire the venue for whatever you need, host in the barn, turn the surrounding forest into a lit up wonderland and create the event of your dreams.

Verdant Works, Dundee – Explore this amazing building, which tells the story of Dundee’s industrial textile heritage in the atmospheric setting of the beautifully refurbished Mill building. See (and hear) the machines at work, and step back to a time where the Mills were the heart of Dundee. 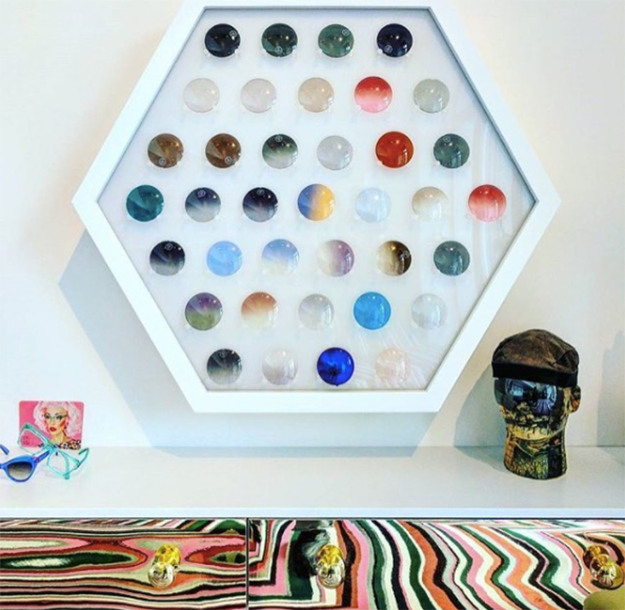 Forty, Glasgow – Born from a three-year old’s drawing, Forty now occupy a space in Glasgow’s coveted high street. The Exchange Square store is well worth a visit if you love streetwear.

Niche Bazaar Studio, Glasgow – Niche Bazaar Studio is a permanent extension of retail store Niche Optical Tailor Glasgow, this space is basically heaven for anyone obsessed with glasses. From the floor to the historical glasses collection the studio space is not to be missed.

Quarters, Edinburgh – Quarters is a store where men come to buy life’s essentials. The brand worked with long-established British craftspeople to create a collection of simple products, they also stock seasonal items from similar brands. 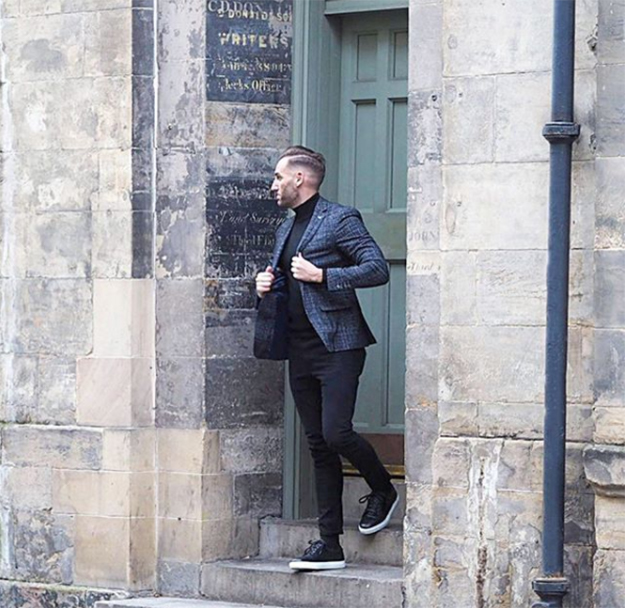 Aldo Kane, Adventurer – Founder of Vertical Planet, one of the world’s leading providers of safety, security, medical and risk management services to the TV and film industry. The ex-Marine has rowed across the Atlantic, scaled mountains and has worked on the set of Holywood blockbuster The Avengers and advised actors Henry Cavill, Tom Hardy and Adrien Brody.

John Byrne, Artist and Playwright – John Byrne has combined several careers – playwright, theatre designer and artist. In his most famous play, ‘The Slab Boys’, Byrne drew on his experience as a paint mixer in a Paisley carpet factory. Having created a huge body of work, John remains one of Scotlands most prolific & stylish artists.

How to Dress Like The Cast of Stranger Things

John Robertson, Blogger, The Everyday Man – Blogger John created ‘The Everyday Man’ with one aim, to become the go-to for health and fitness, travel, fashion, technology, arts and culture, music, grooming and cars. At the forefront of Scottish fashion, John puts his stamp on all his style choices.

Kayus Bankole, Musician – Member of Young Fathers, Kayus was born in Edinburgh to Nigerian parents. He spent several years living in Maryland and Nigeria before moving back in his teens to the city of his birth. His style is chic but impactful.

Philip Colbert, Artist and Designer – Colbert works across the mediums of painting, sculpture, clothing, furniture and design. Colbert was described by Andre Leon Talley as "The godson of Andy Warhol", he has also been described as "the crown prince of pop art" by ID. 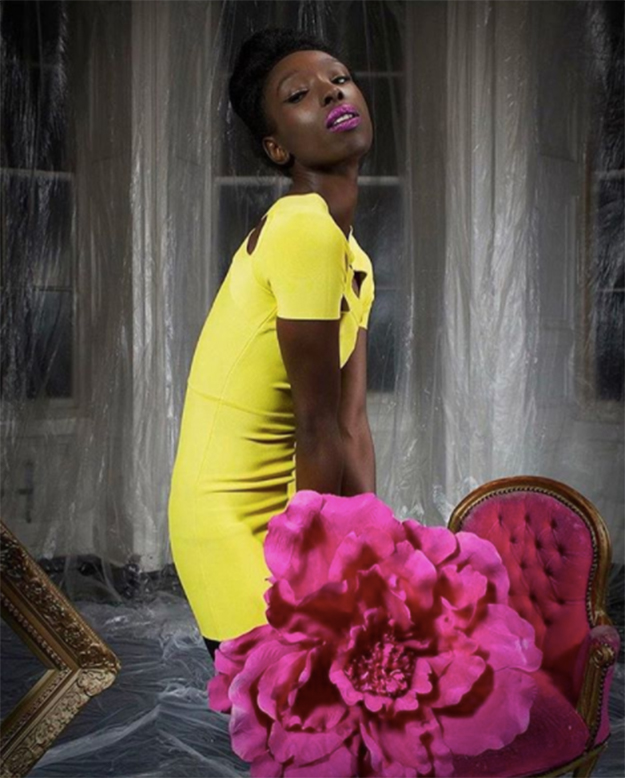 Be Charlotte, Musician – Known for her love of colour, Charlotte has just been signed to record label Columbia/Sony Music. She was named as the best electronic act at the Scottish Alternative Music Awards in October 2016.

Chloe Pirrie, Actress – She has played main roles in the 2014 miniseries The Game and the 2012 film Shell. Chloe also starred in the Netflix series, The Crown for its second season, playing Eileen Parker. In 2018, she will appear in the BBC/Netflix miniseries Troy: Fall of a City.

Christina Jansen, Managing Director, The Scottish Gallery – Christina initially graduated with a degree in Industrial Design. “I decided very, very quickly after graduating that I wanted to work in the arts, I wanted to be where people made work for no other reason apart from that they were obsessive and passionate”. Christina pairs her love of art seamlessly with her love of fashion.

Emily Shakarji, Blogger and Model – Born and raised in Glasgow, Emily is of Scottish and Lebanese descent. On her Instagram, she shares her love of fashion, beauty and travel.

Eunice Olumide, Charity campaigner, model and actress – Eunice has an MBE and is a Scottish supermodel, actress and curator. She is one of the first black Scottish models dedicating her life to arts and charity. She has starred in Rouge One and Absolutely Fabulous.

Rachel Maclean, Artist and Filmmaker – Rachel Maclean is a multi-media artist born in 1987 in Edinburgh. Using film and photography, she creates outlandish characters and fantasy worlds which she uses to delve into politics, society and identity. 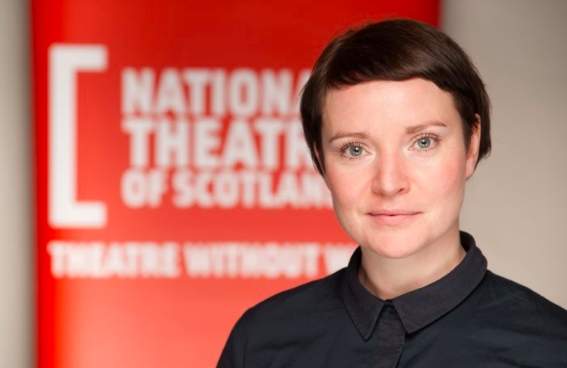 Tastemaker of the Year

Andrew Fleming-Brown, Cultural Entrepreneur and Owner, SWG3 – Andrew has grown SWG3 from a galvaniser’s yard to include a TV studio, art galleries and multiple event spaces.

Hoskins Architects – Hoskins Architects was founded in Glasgow by the late Gareth Hoskins in 1998. "We believe that rewarding and worthy projects come from all sectors. We welcome challenging and aspiring projects of any scale, and actively drive them forward to completion. Our approach is defined not just by listening, but by truly understanding and developing the client’s vision as a whole."

Rubadub – Rubadub sell a varied and carefully selected range of specialist music equipment: from the consistently exciting and progressive world of analogue & digital synthesis, right through to latest developments in DJ technology.

The Scottish Style Awards will be hosted at Kelvingrove’s Art Gallery on the 31st of March 2018.