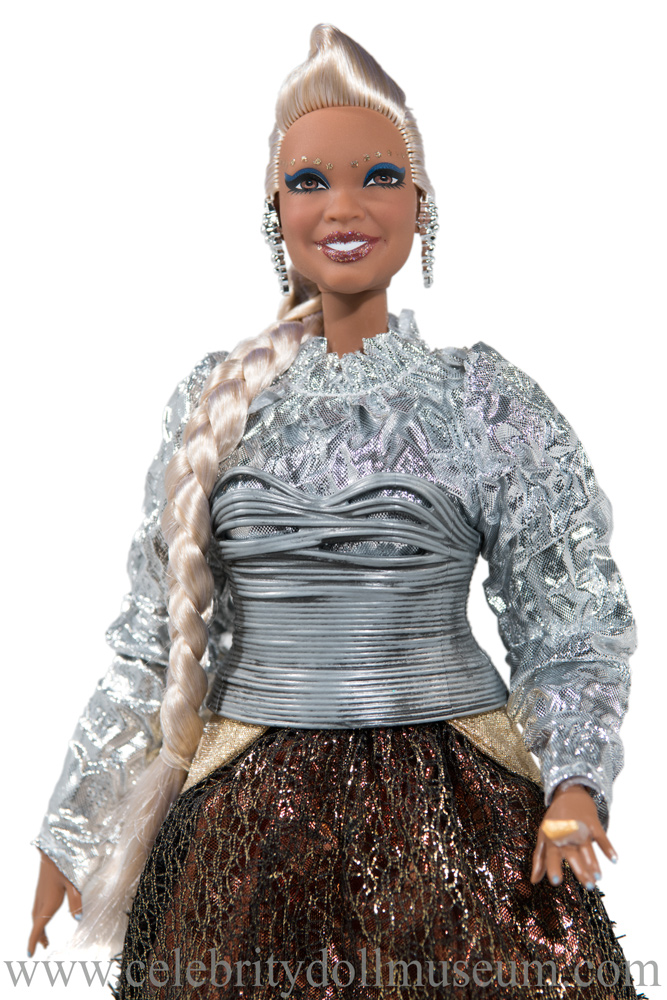 So, I’m sure we are all pretty familiar with Barbie and, while Barbie is cool, the real gem of the doll world has to be celebrity dolls, so prepare for a new obsession. From Britney Spears to Cher, or NSync to the cast of Star Trek, welcome to the world of the celebrity dolls. This is a breakdown of the best dolls – trust me there are far more you think. So, if you ever wanted a Barbie doll that looks like Brandy then you are in luck.

Surprisingly, celebrity dolls have been around a long time – a really long time – think 1840’s when famous ballerinas were depicted as paper dolls, leading to dolls being made in the likeness of the most popular silent movies stars and famous military personnel. The first big celebrities made into successful lines of dolls were Charlie Chaplin and child star Shirley Temple, and while the dolls were always pretty popular it wasn’t until the mid-seventies when more variations of dolls appeared that they truly become the cult items they are today. It is within the realms of the collectors that the celebrity doll is truly appreciated, one of the most sought-after collectables. With an almost never-ending stream of dolls to collect, many dolls will even come in special editions with new outfits or accessories making them must-have items for the ever-thorough collectors. One of the most infamous celebrity dolls has to be Cher, number one because its Cher and number two because she is one of the only celebrities to have more than one doll representing them. Her first doll depicts her from her hit TV show The Sonny & Cher Show. The doll, released in 1976, came in three versions: growing hair, bathing suit and hollow body Cher (full disclosure I don’t know why you would need one with a hollow body specifically). In next few years, the Cher dolls would eventually have a full line of Bob Mackie clothes, a home and stage playsets. A second doll was created in 2001 and then a line released in 2007 featuring Cher in some of her most infamous outfits including her If I Could Turn Back Time ensemble.

The world of the celebrity dolls is really split in two, on one side the iconic dolls, on the other the WTF dolls. Iconic dolls are the likes of Cher or the Spice Girls, with beautiful outfits and cool accessories these dolls are memorabilia of our favourite celebrities or TV shows/Movies and you most likely want them because you love the celebrity, whereas the WTF dolls are more like ‘who the fuck would want that?’. Okay, yeah – me, purely for ironic purposes, but seriously who really wants a doll of Winston Churchill, or perhaps one from the Presidents line including Barack Obama and George W Bush, or maybe even a doll of Fidel Castro, which surprisingly wasn’t from either the dictator or the folk hero collection, depending on your political leanings. I guess you could argue here that some people idolise Theodore Roosevelt in the way some people idolise a celebrity like Dolly Parton, but to be honest it seems more likely that a Dolly Parton fan would want a Dolly doll (because who wouldn’t?) but would a Roosevelt fan want a Teddy Roosevelt doll? Well call me ignorant, because there is apparently a market for it. 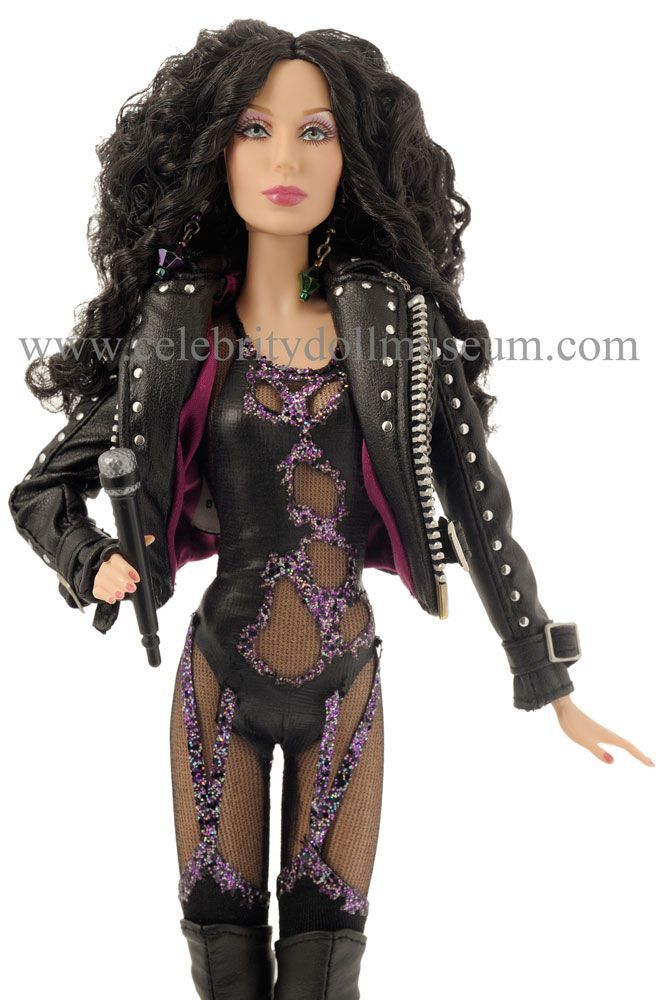 Cher
Like I said, Cher is the sort of quintessential celebrity doll and by far has the best outfits – the Mackie looks are just as perfect as their life size counterparts. 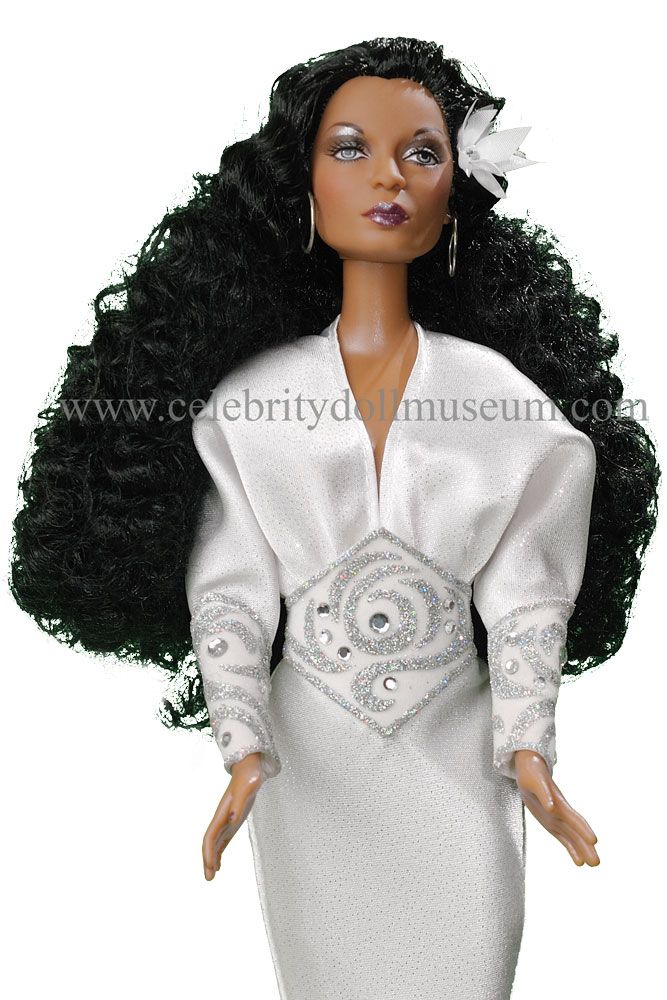 Diana Ross
Never one to be outdone by anyone, Miss Ross couldn’t let Cher have her Bob Mackie outfits alone. Created in 2004 by Mattel within the Barbie Collector Edition, the Diana Ross doll was created wearing a Bob Mackie gown giving full Chain Reaction vibes. 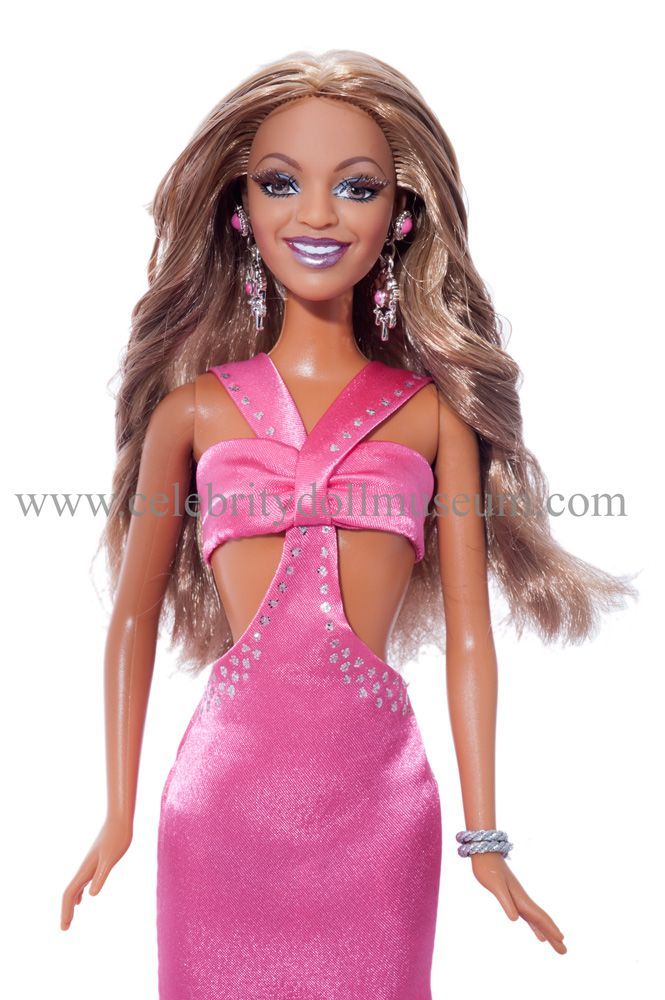 Beyonce
Strangely Beyoncé is yet to have her own solo doll as this one was created as part of a set of three dolls depicting the members of Destiny’s Child. Made by Mattel in 2005 there was a doll for each member, and it makes me so happy that Michelle got a doll at least. 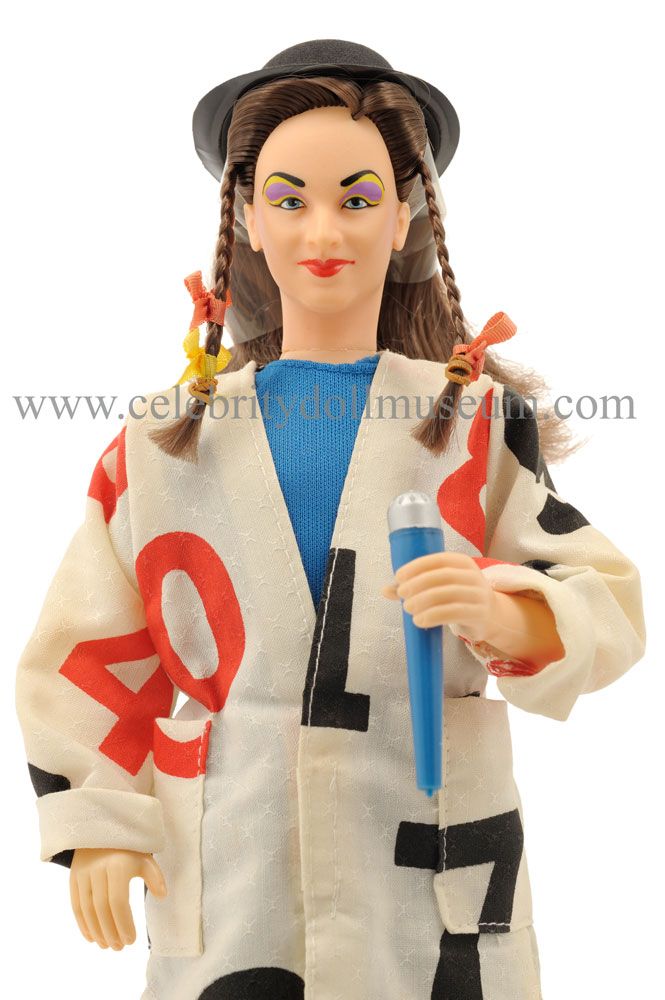 Boy George
Manufactured in 1984, the doll’s full title is ‘Boy George: The Original Outrageous Boy of Rock’ and depicts the singer in his Culture Club days. 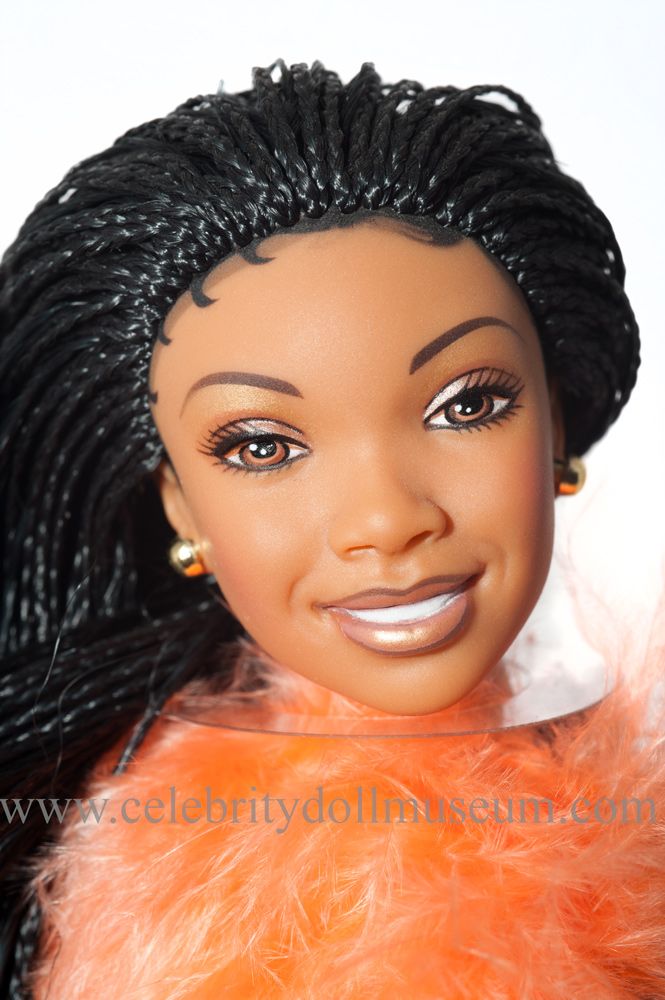 Brandy
Created in 1999 by Mattel, this Brandy Norwood doll’s full name is ‘Opening Night of the Brandy Series’ and was created at the height of her popularity as Moesha. 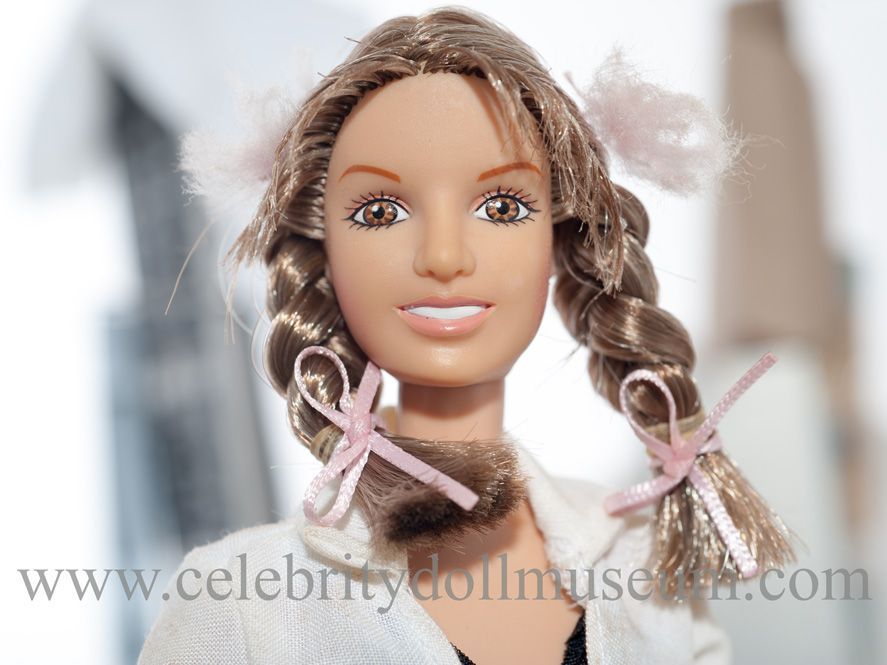 Britney Spears
The Britney Spears doll was made in 1999 and comes in several outfit variations from the classic Baby One More Time, to (You Drive Me) Crazy video. 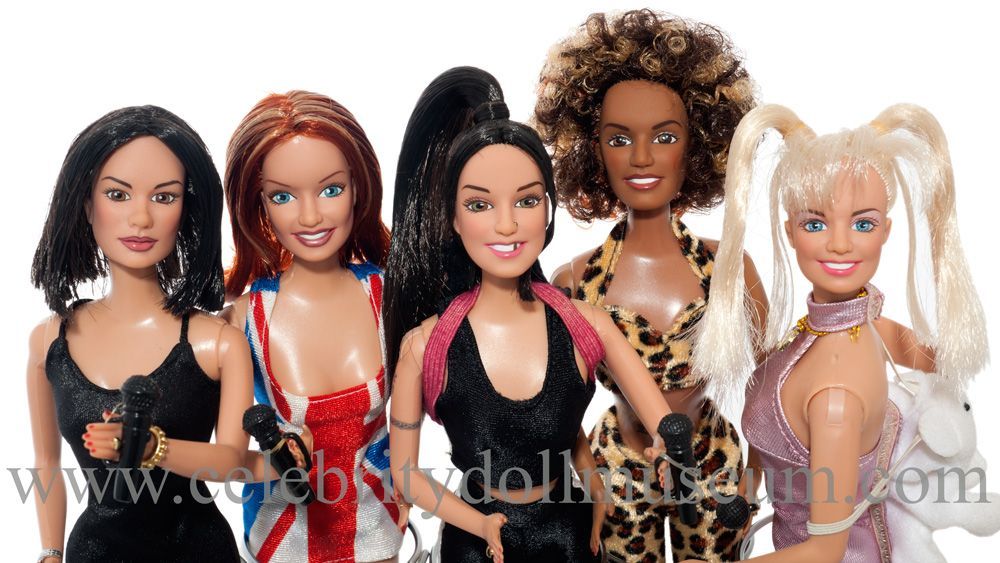 The Spice Girls
Made by Hasbro in 1997 the dolls were a massive hit during Christmas of 1997 and 1998. Multiple sets of the dolls were released including the original “Girl Power” set and further sets: “On Tour”. “Superstar Collection”, “Concert Collection” and “Spice It Up!” 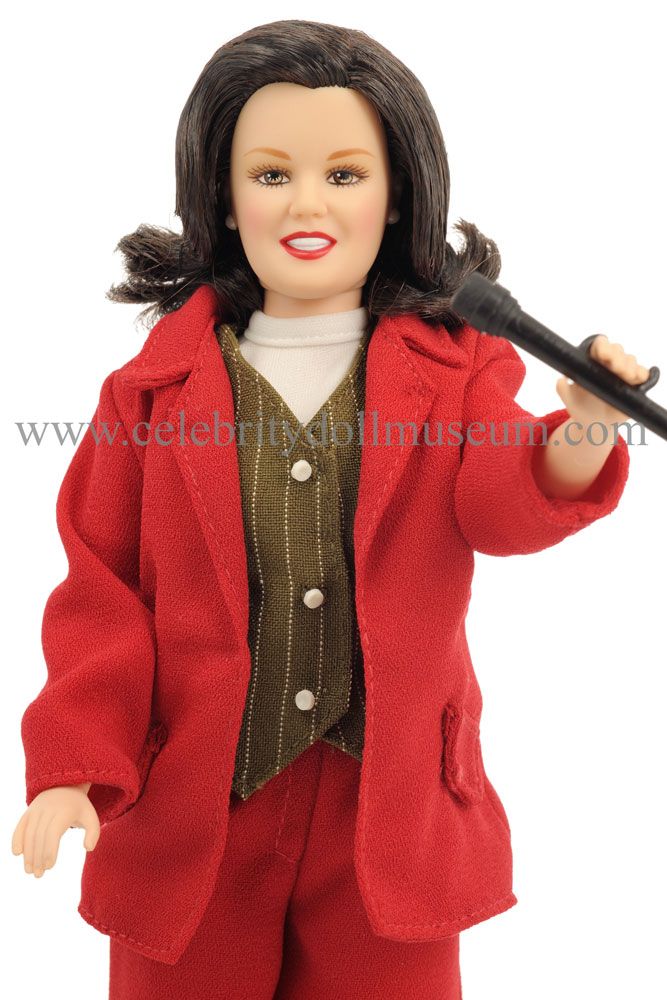 Rosie O’Donnell
Manufactured in 1999 by Mattel and called a “Friend of Barbie” the doll sold well and every five dollars of every sale was donated to O’Donnell’s charity, the For All Kids Foundation. But in a cruel turn of fate that’s all too real for the plus size lady, the doll was discontinued because Mattel didn’t make any other clothes in the dolls size. 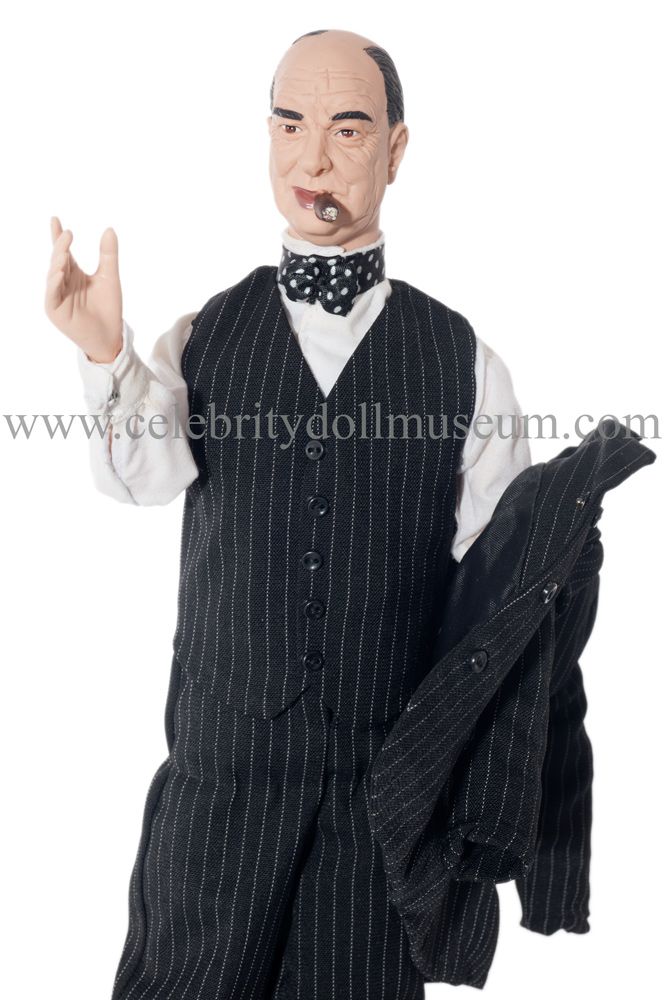 Winston Churchill
Created in 2005 by TimeCapsule Toys Inc in the hopes of being some sort of educational toy, the doll, which says 25 authentic phrases in Churchill’s voice, even has a massive Union Jack on his underwear. 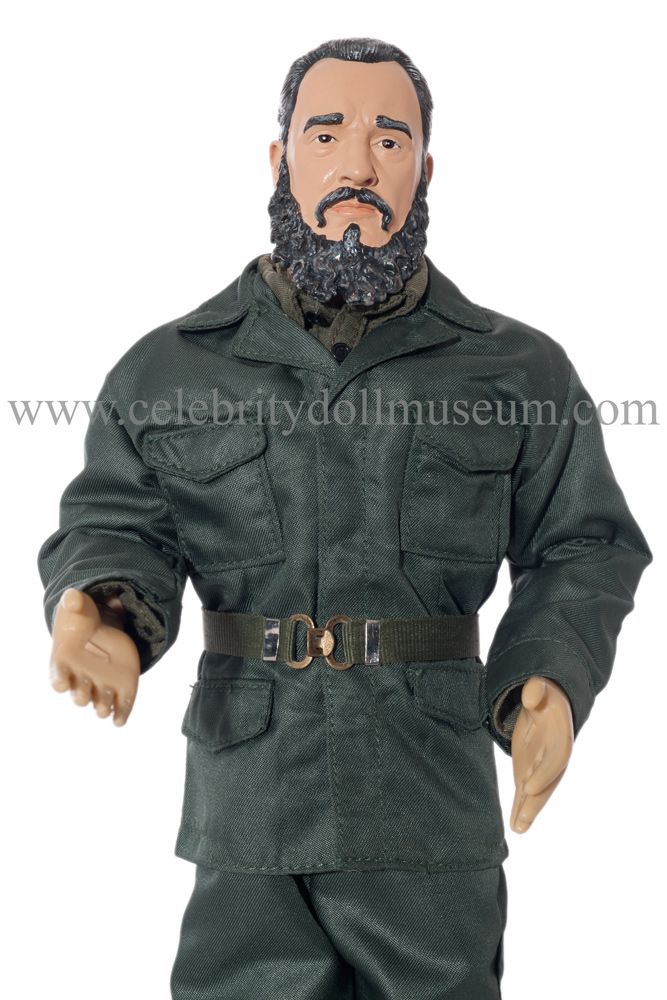 Fidel Castro
Wearing his infamous olive-green military fatigues the Fidel Castro doll was created in 2008 by Blitzkreig Toys who are known for their war and historic figures dolls. 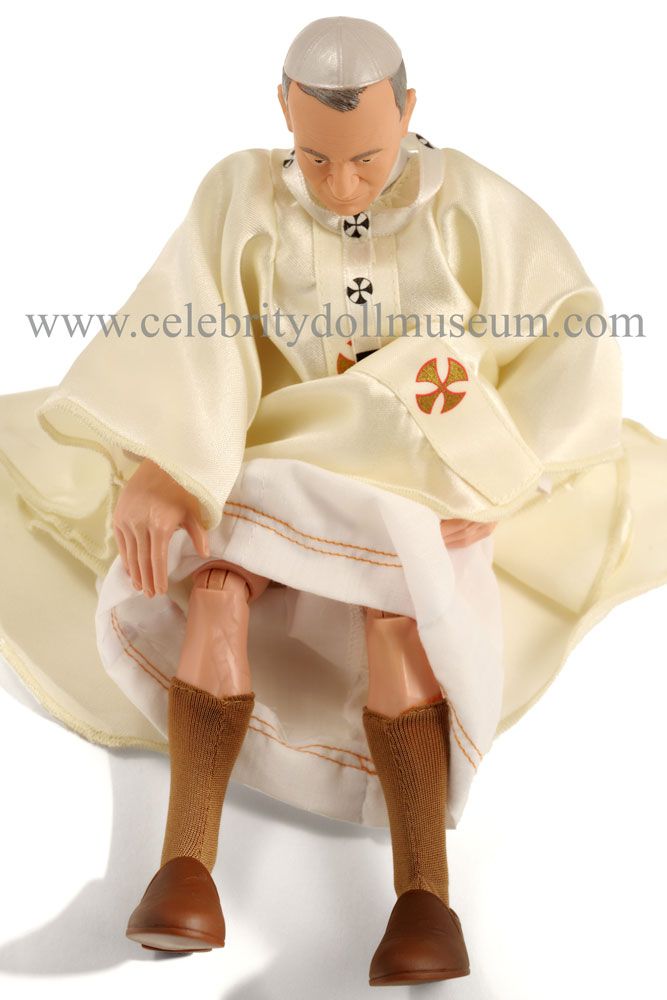 Pope John Paul II
Celebrating Pope John Paul II who was the Supreme Pontiff of the Roman Catholic Church and Sovereign of Vatican City from 1978 until his death in 2005. As well as his Robes, the dolls come with a replica of the Pope’s Miter (headdress) and silver crosier (cross staff) 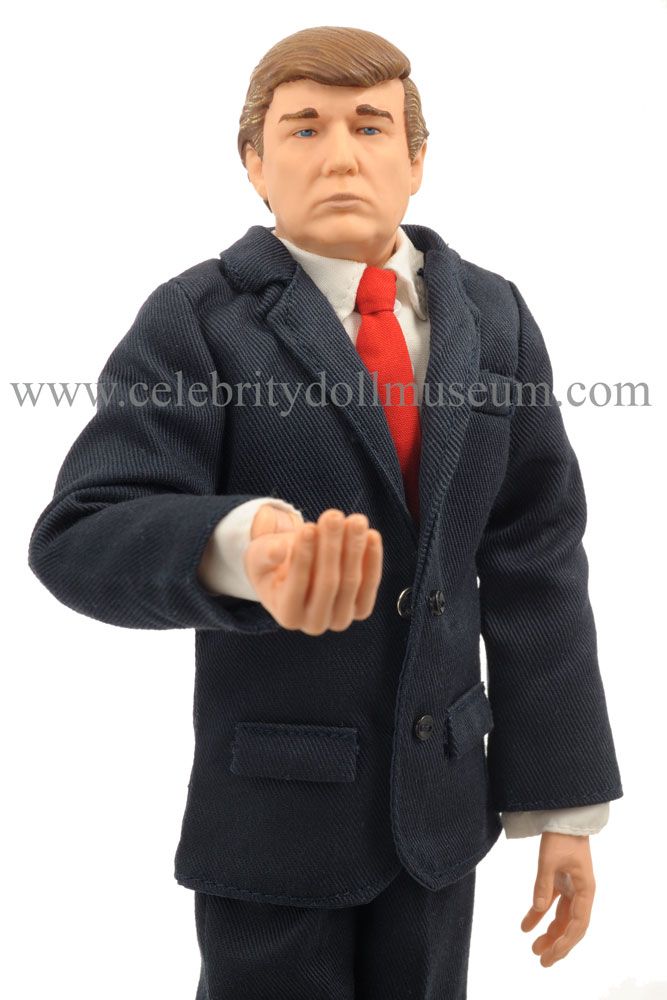 Donald Trump
A doll depicting the worst human being of all time, otherwise known as the Donald Trump doll. Released in 2004, it portrays him as the awful reality star he should have stayed, and is part of “The Apprentice” Collectible Series (although this is the only doll in the collection).

All images courtesy of The Celebrity Doll Museum