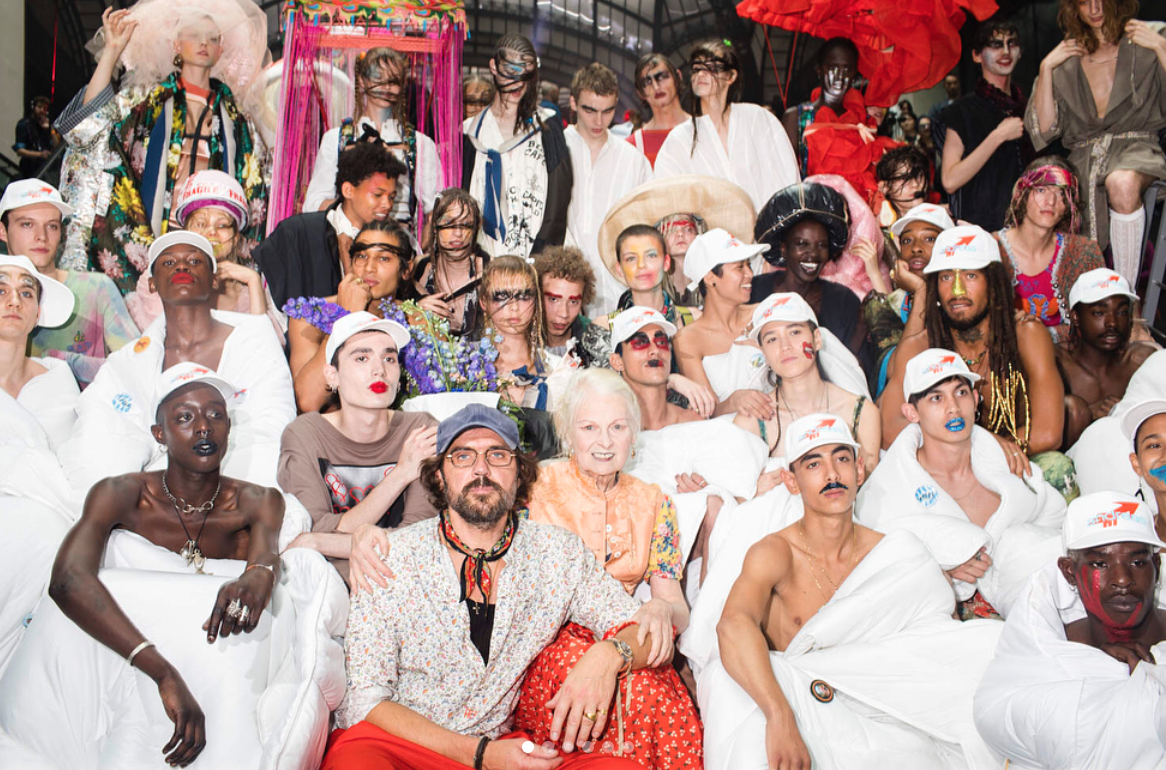 The ‘perfect body’ throughout history

Wanna know the secret eternal youth? According to our girl, Vivienne Westwood, it’s taking just the one bath a week. Never shy to rock her own designs, Viv upped her own ante by appearing on the runway on Saturday for Andreas Kronthaler for Vivienne Westwood, stealing the show in two outfits no less!

When asked by reporters how she managed to look so young, Westwood smiled and said, "Don’t wash too much." "She only takes a bath every week. That’s why she looks so radiant," said husband Kronthaler, who Westwood has described as "the world’s greatest designer", not that you are biased, eh Viv?

Siding with his wife on the secret of youth, Andreas admitting "I only wash once a month," but really, it shouldn’t come as such a surprise. Westwood has become almost as famous for her environmentalist actions as much as her designs! She has campaigned for many human and animal rights throughout the years, most recently against the meat trade depleting water supplies.

Talking after the show, Vivienne championed the "hoor’s bath" tequnique that us girls know and love all too well "I just wash my bits and rush out in the morning and more often than not get in the bath after Andreas."

Models were sent down the catwalk in an array of avant-garde ensembles – including bubble wrap hats, hard helmets, curtain poles and erm duvet covers.

Speaking about the collection, which contains a massive 68 looks, Kronthaler said: "There is nothing better than giving people choice. We traveled quite a bit this summer and I tried to put it all into it."

He said he spent some of his time on holiday in a Tyrolean cowshed and named the dresses in his collection after the cows. One outfit is called Vivienne after a calf his wife helped deliver. Two others, Naomi and Donatella, were also named after some of fashions biggest icons. Here’s betting Gigi and Kylie got veto’d, right?

Watch the full show below.