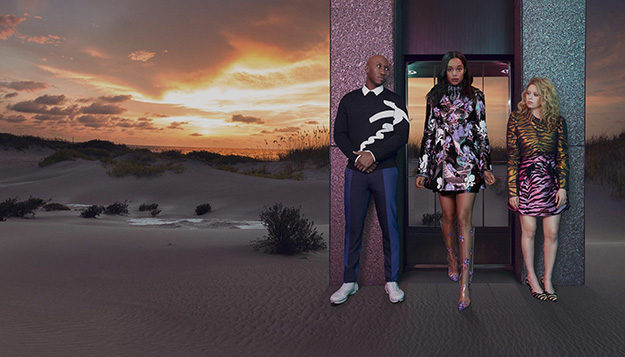 | The iconic brand Kenzo know what they are doing when it comes to brand marketing and advertising. Cue OITNB’s Natasha Lyonne to blow us away on their The Realest Real video.

Kenzo is the king of fashion film, effortlessly blending their iconic designs into witty, relevant narratives which tell gripping short stories in just a few minutes, leaving you not only laughing but gasping for the clothes.

The brand’s most recent offering, Music is my Mistress, is certainly exception. Starring Tracee Ellis Ross, Jesse Williams, Kelsy Lu and Ish, the film is an amalgamation of rhythms, visions and moods that eschew narrative continuity in favour of divergent glimpses into a bigger story. Basically, its a total, musical mindfuck.

But the ultimate in Kenzo’s fashion film discography has got to be the Black Mirror inspired classic in the making, The Realest Real. This insanely stylish reflection on our social media orientated society has the perfect balance of fashion (those ruffled shirts, those mesmerizing prints!), humour (all the memes, all the twitter slang!) and celebrity (Natasha Lyonne for god’s sake!). Watch it below and I’m sure you’ll agree!

Which one is your favourite?