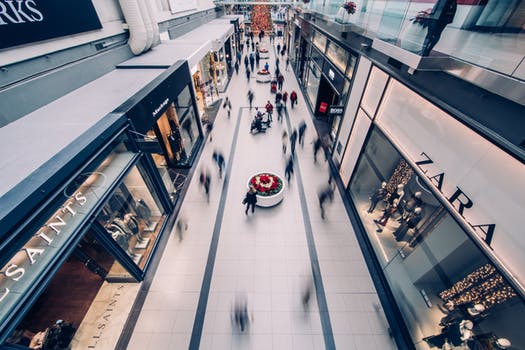 | There are hidden dangers of the fast fashion industry, and social media is the main culprit of sweeping them under the rug. Consider purchasing ethical clothing to save the planet.

Since social media and user generated content dramatically democratized the internet, consumers have become educated on a whole range of issues within industries that previously closed their doors to the public, and made huge lifestyle changes because of access to that information.

But when it comes to clothing, despite horrific sweatshop conditions and environmental disasters making the headlines on a daily basis, we are still buying into the fast fashion industry, more than ever before.

From buying organic food to protecting our skin from sun damage and generally drinking, smoking and taking drugs much less than in previous generations, millenials in particular are more informed than ever about things we put into our bodies.

However, how much care do we take with what we put onto our bodies? The fashion industry is often compared with the fast food industry, with its increasingly fast pace and lack of care for people and the planet, only profit. We are buying clothing in the same supermarket we grab our milk and bread, heck, Primark, the fast fashion industry’s worst offender, is owned by a corporation called Associated British Foods. But because we don’t see the direct impact of our purchases; because we are so geographically and mentally detached from who makes our clothes, and how they are disposed of, we are much less likely to make a change, and so the cycle continues.

Fast fashion is a psycologically manipulative to the consumer, particularly the young and the poor. It runs a system of instant gratification and claims to ‘democratise’ style so everybody can look like their favourite celebrity buy spending their wages in Matalan. But of course, buying pretty new things has a very short term effect of reward, shortly followed by regret and guilt, or the need to go out and buy more.

Its an endless cycle of short lived trends and clothes that we wear once, throw out and forget about, but don’t realise that they are then sent to landfill thousands of miles away, never to biodegrade.

Like eating healthily and in an eco and animal friendly way, I believe that to invest in ethical fashion is a stance of compassion. Most people like to think they live in a way that is compassionate to others, but are only passive in this movement, not taking into consideration the secondary impacts of their actions that ripple around the world.

In order for this damaging industry to change for the better, we must see the hypocrisy in how we look at fashion compared to other areas in our lives.

Finally, if we are going to build a more sustainable and less damaging fashion industry, we need to start to shake off the stereotypes about ethical fashion. Designers and retailers have the responsibility to rebrand and shake off the ‘hippy’ image of eco-fashion, and innovate with new textiles and technology.

Other responsibilities lie with our educators, incorporating sustainability into the teaching of fashion and business; the government, creating leglislation that can make a eco-friendly fashion industry more affordable and profitable, and ultimately, with the consumer.

Fashion relies on supply and demand. If we stop demanding cheap, plastic clothing, and start demanding transparency, quality and sustainability from brands, they will supply that. The consumer, ultimately, has the power.