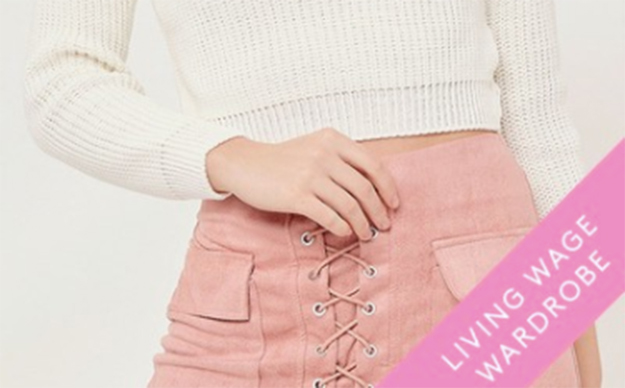 Earlier this year, online retailer MissPap launched their ‘Living Wage Wardrobe’. Ankle boots, jeans, dresses, bags, heels, jumpsuits; everything in the collection is available for just £7.50. Why? All in the name of supporting hard working women, apparently: “We stand proudly behind all our gals earning the national living wage in the UK, and want to make sure that you have everything you need to get by, feel great and look best whatever the budget”, it says on the website.

Sounds pretty good. Most of us are lucky if we even bag the living wage (which is actually £7.85 btw), so being able to earn enough to buy something new in – theoretically – just one hour seems like a killer deal. And the concept has undoubtedly gained the brand some new fans; a recent tweet about the collection racked up over 20,000 likes and most of the comments came from people tagging their mates to alert them to those sweet, sweet bargains.

So, if we feel like it we can go out and buy something for £7.50. OK. But I’ve got a few questions. Let’s start with the obvious: how can MissPap afford to sell those clothes for a mere £7.50? They’re not here to fill up the wardrobes of hard working people out of the goodness of their hearts; they need to turn a profit. But their price doesn’t leave them much wiggle room.

That £7.50 needs to cover the cost of a whole array of things, from the fabric to the manufacturing to the packaging and their profit on top. Whether they’re ordering direct from a supplier or working via a wholesaler, they’ve bought a garment at a certain price and they need to sell it at a higher price in order to take what’s left in the middle. So if they’re selling a skirt for £7.50, how much are they paying for it in the first place? Let’s go for a nice round number and imagine they went for a 50% mark-up. This would mean the brand paid £5 per skirt and would make £2.50 on each one sold.

A fiver will just about get you a cup of coffee in a pretentious cafe (you know, the ones where you get your coffee in a handle-less glass because they don’t think you’re that attached to your finger prints) but in this situation it’s buying fabric, thread, packaging and – most importantly – labour.

You need people to cut the panels for our hypothetical skirt; to sew it together; to sew in labels or zips; to embroider it or add sequins; to check it passes quality control and to pack it up to send it to the warehouse. Factory owners and bosses can only haggle so much on physical resources like fabric, so what gets squeezed as prices are driven down? Wages. 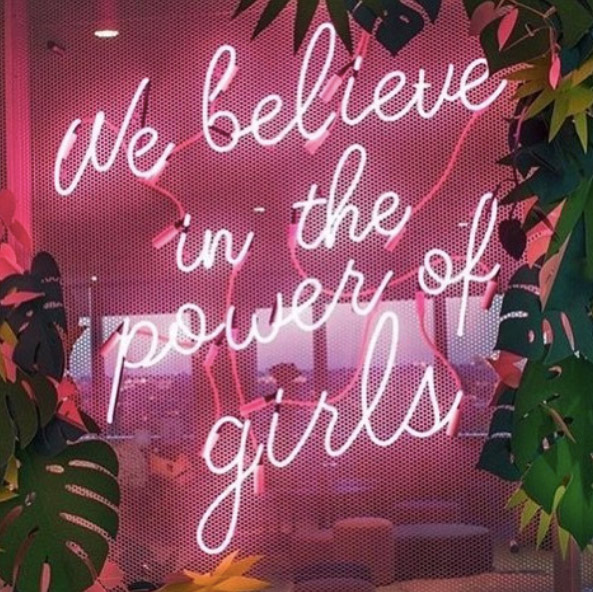 The Asia Floor Wage Alliance found that on average between just 0.5% and 3% of the cost of a garment goes to the person or people that made it. For all their talk of supporting ‘gals’, MissPap can’t say they’re doing the same for garment workers, 80% of whom are women. Slashing prices to make clothes affordable for one woman subjects another woman to subsistence wages and exacerbates the poverty which permeates the garment supply chain.

However, fashion doesn’t exist in a vacuum. We just can’t tell MissPap’s customers to go out and spend a minimum of £200 per garment in order to assure they were made by well paid workers (even that’s not a guarantee) and magic! everything will be fixed. Firstly, the Living Wage Wardrobe was reactionary. Millennials are, like, really poor, guys. And not because we’re buying avocados but because we get paid terrible wages for miserable work or just straight up don’t get paid at all (shout out to ‘exposure’).

How To Wear Ruffles – Trend Tuesday

Fast fashion customers aren’t evil, despicable human beings but they are, by proxy, helping to perpetuate an unhealthy relationship between retailers and garment workers by creating demand. I don’t say that to make anyone feel terrible or lay the blame at any individual feet. We spend our whole lives being told that buying things is good and then we buy things and, thanks to murky or even illegal practices, we accidentally become implicit in something we never signed up for. 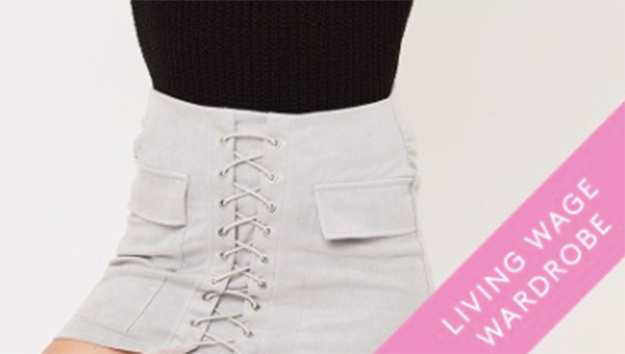 Just as greedy retailers are forcing garment workers in Asia into poverty, greedy bosses in the west are forcing us into poverty too. Sure, we’re not living the same lives and many of us would consider ourselves worlds away from a Bangladeshi factory worker, but we’re victims of the same system.

Interestingly, I asked MissPap if they even pay their own staff a living wage and got no response.

MissPap need to step up and think about what their Living Wage Wardrobe collection means for the women who make it. They need to think about how their prices devalue clothes further and add to the undercurrent of disposability, they need to acknowledge that they’re part of the problem, and they need to respect their garment workers, and their customers, enough to rethink the way they operate.