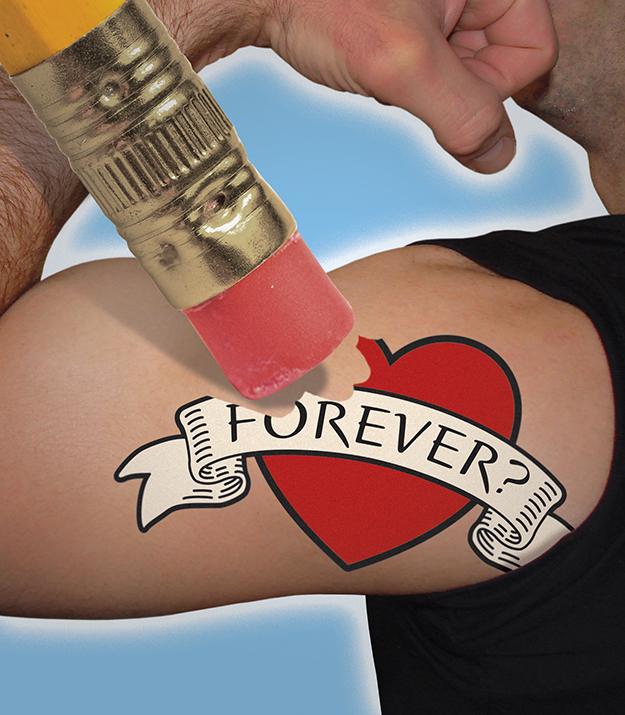 The scoop on THAT ‘overpriced’ Kylie Cosmetics $360 brush kit

| Things to know before you go under the laser for tattoo removal. As you know, every tattoo is different.


Usually, when we get a tattoo, we are happy with the idea that we will have it on our skin for life. However, sometimes, we outgrow a design with age, or we seperate from a partner whose name we have been inked with. I am in the process of having some lettering removed from my wrist as the person it relates to is no longer in my life.

Tattoos can be removed via laser, but not many people understand the process. I am having mine done at a local clinic in Glasgow and I’ll be sharing the results with you early next year. To help you understand more about laser tattoo removal, I’ve been speaking to Andrea Catton, a laser tattoo specialist based in Burnley, Lancashire. 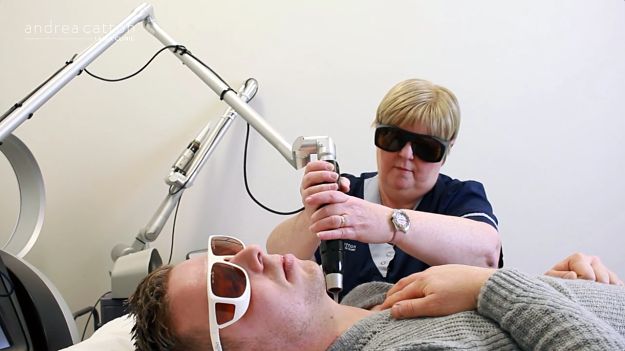 Can all tattoos be removed? Are some more difficult than others?

Cosmetic tattoos found on the brows, lip line and eyeline can be harder to remove as they often contain iron in the ink. When iron-based inks are treated by the laser they may oxidise and go black and so they need more laser treatments to fade the tattoo.

Using the correct laser to treat the tattoo is very important as different lasers remove different colours depending on their wavelength. The most popular laser for tattoo removal is a Q-switched Nd:YAG. Using a wavelength of 1064 nm, these systems are capable of treating black inks. Using a wavelength of 532 nm, red, orange, yellow and purple inks can be treated with success. The more modern and advanced PicoSure laser used to struggle with reds but now has the capability of switching wavelengths from 755 nm to 532 nm. This means the PicoSure laser offers unparalleled tattoo clearance across the colour spectrum.

Some areas are also harder to remove than others – wrists and ankles can be stubborn for example. This may be because of the body’s circulation and the blood supply to the area. Skin colour can also play a part as darker skins need a gentler laser treatment as the pigment in the skin can also absorb the energy in the laser light and result in hypopigmentation. Also, if scar tissue is present at the site of the tattoo then this can also have an effect on the removal of a tattoo.

The level of pain largely depends on the location of the tattoo and your personal pain threshold. Where there is generally more body fat, the treatment will hurt less as the flesh seems to cushion most of the pain. In contrast, areas with less body fat such as the wrist, feet, face, fingers, elbows and knee caps could make you grimace a little more than if your tattoo was on the thigh. In any case, we always cool the skin before, during and after treatment to make it as comfortable as possible.

Many clients describe the sensation similar to an elastic band is being flicked against the skin or even hot fat ‘spitting’ on to the area. This sensation ceases once the treatment stops. 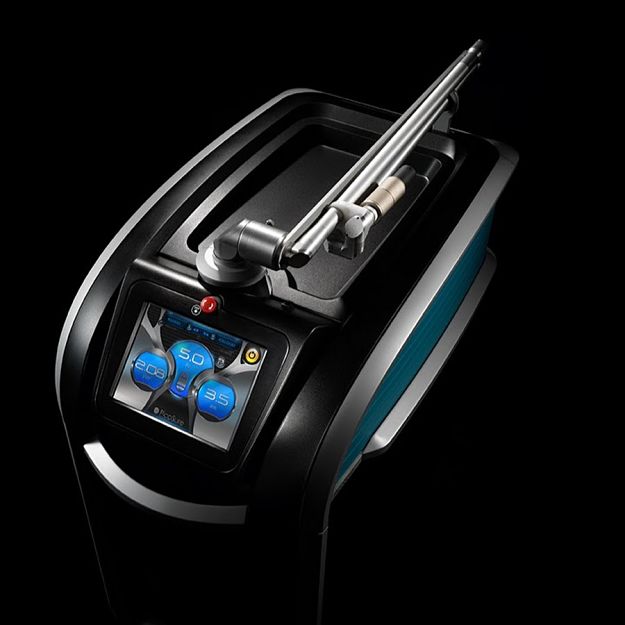 What is the laser actually doing to the skin? How does tattoo removal work?

Nd:YAG lasers use heat (thermal energy) to shatter the ink. Too much heat however, can damage the skin.

The PicoSure laser uses a shockwave effect so not only is the ink broken down into particles much smaller than other lasers are capable of, it causes much less trauma to the skin because of its picosecond (very short) pulse. Using less heat and only targeting the ink means less skin damage.

The ink shatters on impact when treated by the laser, allowing the body to dispose of the small particles through the lymphatic system.

What aftercare is needed after a session?

It is important to follow the correct aftercare advice if you want to achieve quicker and better results. Avoid sun exposure, sun beds and false tan. Keep the area dry and clean – avoid swimming, saunas and steam rooms, until it has healed. Also avoid anything that may cause friction or irritation e.g. restrictive cloting or perfumed products. It is important to keep the area cool after treatment and using ice packs will reduce any blistering.

How long can it take for a tattoo to be removed?

Using an Nd:YAG laser will take around 10 – 20 treatments spread over 2 – 3 years to remove a 5cm squared tattoo (dependent on the quality of laser), but is not able to remove green or blue inks as the green light it produces cancels out these colours.

The PicoSure laser usually takes around 4-6 treatments to remove a 5cm squared tattoo, taking between 18 to 24 months.

Can the lasered area be tattooed over with a different design?

The treated area can be tattooed again once it has healed properly, however it is advisable to remove as much of the ink as possible as the original tattoo can seep through to the new one, ruining the design. In many cases the tattooist has to make the new tattoo very dark in order to cover the old one and this often spoils the effect. 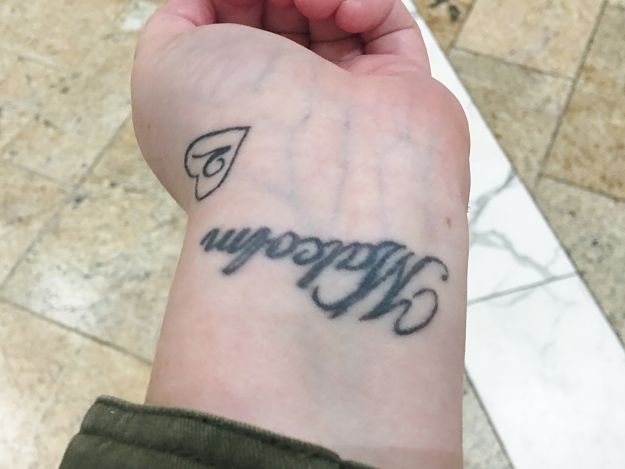 Whoever you go to for laser tattoo removal, your first step will always be a consultation and questionnaire at the clinic. This is to explain the procedure to you and to also make your that you aren’t taking any medications that could interfere. If everyone is happy, the therapist will do a test patch on a small area of your tattoo and send you away for a couple of weeks (with aftercare instructions) to check you don’t have any adverse reactions.

If all is well, you can return and have the rest of your tattoo lasered. I have now had my consultation, test patch and first full tattoo laser appointment – all with the PicoSure laser. I now have to wait the recommended 8-12 weeks before the procedure can be performed a second time. I’ve been advised that my tattoo should take 3 procedures to be removed completely – that is for my 7 letter word in black, on my wrist, that’s 8 years old. To give you an idea of cost, I’ve paid upfront just over £150 for two treatments/procedures.

The next update will be in 12 weeks so stay tuned!