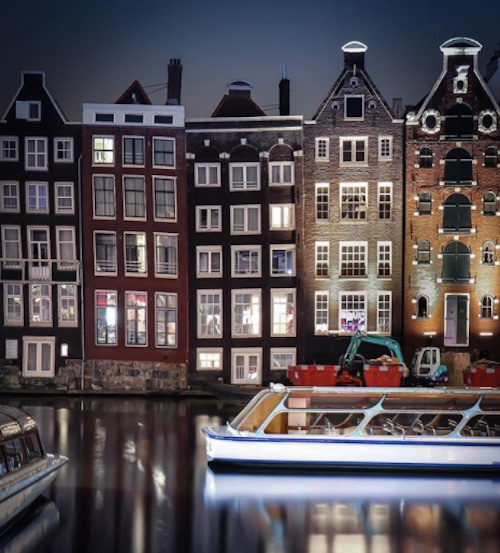 Will NEXT Succeed Where Debenhams and House of Fraser Failed?

There’s more to Amsterdam than getting monged and going to the Sex Museum. It’s a glorious city, and if the Dutch language weren’t so difficult to grasp (even learning basic phrases on Duolingo is hard), I’d move there in a heartbeat.

Whether you’re going for the culture, the food, the beer or the weed, here are some places worth checking out in the Dutch capital.

Where to Eat & Drink

Blue Amsterdam
Come for the food; stay for the views. Or vice versa. Blue’s located on the top of the centrally located Kalvertoren shopping centre, and its glass walls offer 360-degree views of the city. Said vistas mean that Blue is very touristy, so always busy, but it’s worth it for the experience, and reasonably priced. Grab a sandwich – and a couple of Instagrams – there after a tasking afternoon of shopping.

Small Talk
If you’re planning to hit up the major museums, such as the Stedelijk, Van Goth or Rijkmuseum, fuel up first at Small Talk, which is handily located on a corner of the Museumplein. Small Talk’s divided into two sections, so you can either go for an evening meal or pop in for coffee and pancakes. We recommend the latter. Pile up on the Nutella and whipped cream, and enjoy people-watching in one of the city’s busiest areas.

CT Coffee & Coconuts
CT Coffee & Coconuts is essentially a scaled-up, more tropical-looking (yes, possible even in rainy Amsterdam), friendlier version of any wanky independent London coffee shop. That said, you shouldn’t write it off, because, if you like coconuts, the drinks are sublime. It’s perfectly fine to go there for coffee or a beer, but the coconut-infused coolers and cocktails are the main reason you should give this place a go. 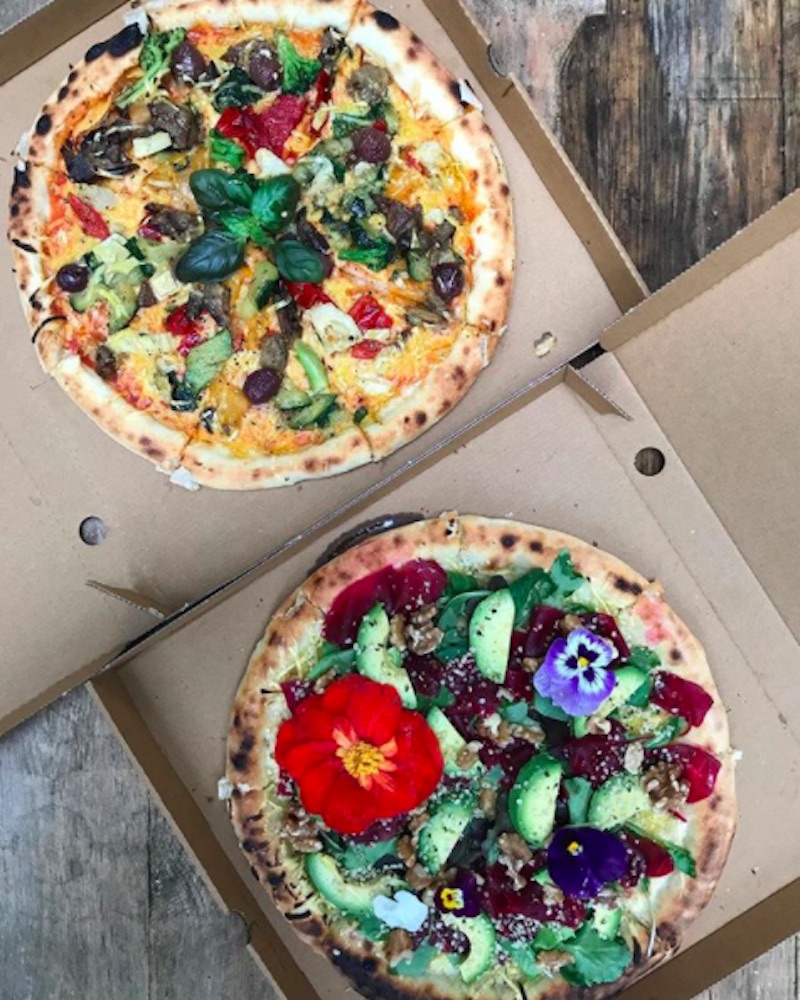 Mastino V
In Amsterdam, as in any city, you’ll have no trouble catering for your palette if you’re vegetarian, vegan or gluten-free. Mastino V specialises in gluten-free pizzas that actually taste as good as regular pizzas; no soggy bases to be found here. You can also opt for vegan-friendly toppings if that’s your thing. If you eat meat, the company also has its ‘regular’ restaurant, Mastino, over in the trendy Pijp district.

De Biertuin
If you’re a beer snob, De Biertuin is the pub for you. There are two bars in the city, each offering over 130 beers to try. The food offering is average and limited, but both of De Biertuin’s locations are central, so there are plenty of restaurants around for you to head to first to line your stomach. On a sunny day, make for the large beer gardens around the back.

MAX
If you’re in Amsterdam with your other half and want to splurge on some fancy food, try MAX. This restaurant is sophisticated but not snobby, and presents delicious, contemporary takes on Indonesian dishes, along with some failsafe European alternatives if you’re feeling less adventurous. 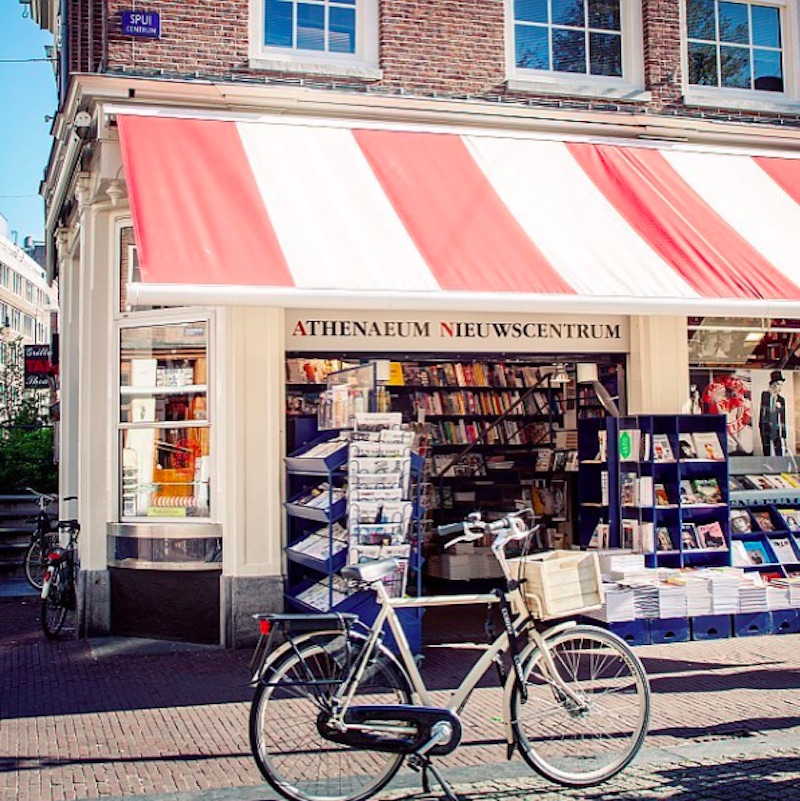 Athenaeum Nieuwscentrum
If magazines are your bag, it’s easy to spend ages (and a fortune) in Athenaum Niewuwscentrum, which is tiny but covered in magazines, newspapers and all of the artsy reading material you could ever want in your life. The staff always seem angry (probably because of all of the tourists constantly Instagramming the crap out of the displays), but they’re the only downside to this otherwise glorious stall-cum-shop.

Waxwell
There are plenty of record stores in Amsterdam, including the sprawling Concerto, but tiny Waxwell is more of a hidden gem. The store specialises in hip hop, jazz, blues, soul and reggae vinyl but, with such a diversity of specialisms, it actually caters to just about every genre.

HEMA
Yes, HEMA exists in London, but its UK stores aren’t as huge or fun as the ‘real deal’ in the Netherlands. Dutch people will probably roll my eyes at me when I say that I love HEMA. If you’re not familiar, it’s nothing fancy – think a combination of Tiger, Wilko and TK Maxx – but you’ll love it if you enjoy jumble sale-style setups and buying uneccessary stuff just because it’s cheap. There’s even a cafeteria where you can buy cheap juice and pastries after you’ve exhausted yourself exploring ‚¬3 lipsticks and garish stationery. 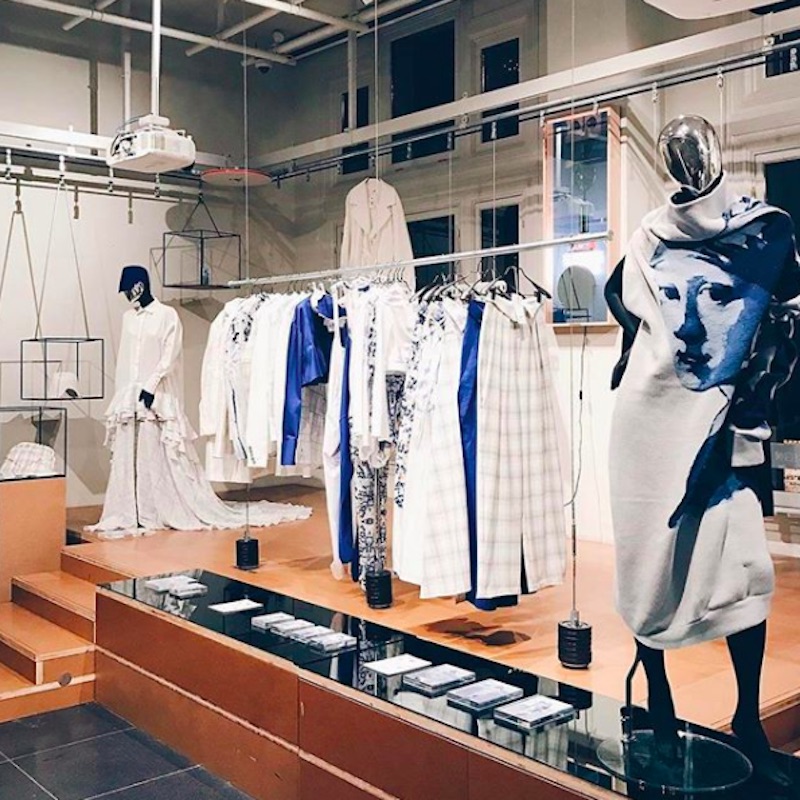 X Bank
Amsterdam does concept stores very well, as X Bank demonstrates. It’s located within the W Hotel, so it’s as expensive as you might have guessed. But even if you’re on a student’s budget, it’s worth a mooch around if you’re into fashion and art. A gallery space-meets-showroom for Dutch designers, you can find everything from art installations and designer frocks to bits for the bathroom and fancy snacks.

Kiloshop
As the name suggests, you can pay by the kilo for your vintage haul from Kiloshop, which has a particularly excellent selection of dresses and coats. There’s also a little cafe area, so if you’re hanging out with your bored boyfriend, you can occupy him by plying him with coffee and cake.

H/eart.h
H/eart.h could easily slot under the ‘places to eat and drink’ category, because the bulk of the space is taken up by a charming bistro area serving up veggie-friendly lunches and great coffee. H/eart.h is a creative hub that, as well as keeping you fed and watered and putting on gigs, stocks a range of unique, ethically manufactured clothes and accessories.

Where to Spend a Few Hours 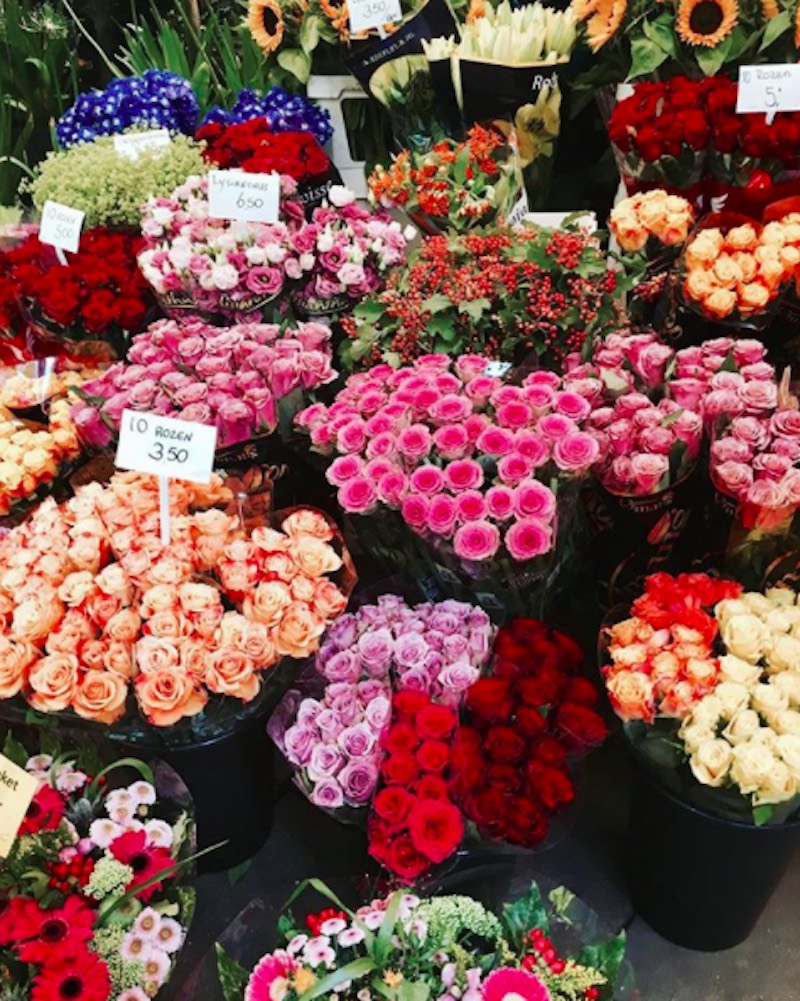 Bloemenmarkt
On the lazy Sunday in Amsterdam, nothing really beats being a total tourist by getting a takeaway coffee and wandering around the Bloemenmarkt. Buying flowers might be impractical if you’re only in the city for a couple of days, but you can, at least, generate some quality Instagram content and pick up a fridge magnet for your mum.

The museums & galleries
I’m going to group all of the museums and galleries together, because it’d be unfair to pick out just one. My favourites are FOAM for photography and the Stedelijk for contemporary art, but if you’re looking for more variety, head to the Rijkmuseum.

There are tons of notable attractions, though, from the Diamond Museum to Anne Frank’s house to the gorgeous ARCAM (dedicated to architecture). Handily, most of the city’s major museums are located in the Museumplein district, so it’s easy to tackle all of them in one go. 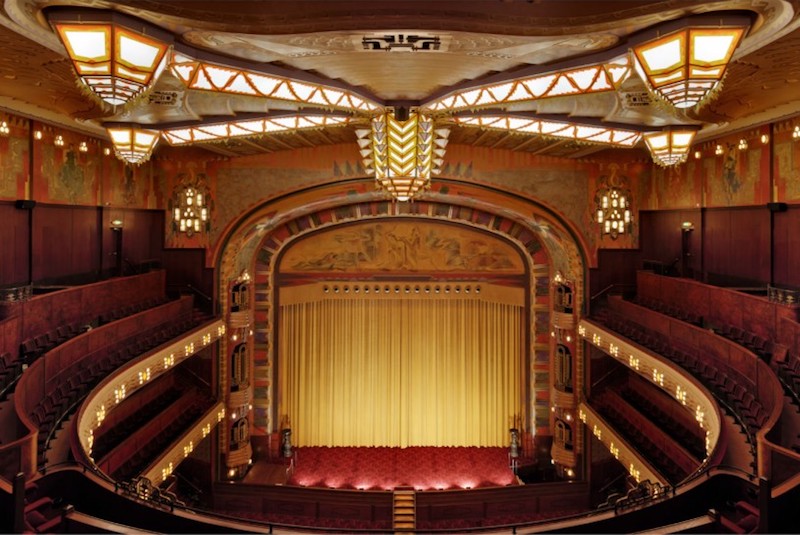 Pathé Tuschinski
Although it’s now been bought out by Pathé, the Tuschinski cinema retains the magic it had when it opened in the 1920s. With the sumptuous Art Deco interior, this is the most decadent, romantic place to watch a film in Amsterdam.

Vondelpark
Amsterdam is so pleasant because it feels open and airy rather than congested and stressful. If you do find yourself particularly craving green space, though, Vondelpark is the obvious solution. Have a walk, sit on the grass and watch the ducks, bring a picnic or buy lunch from one of the food stalls (though they’re pricey, so pack your own food if you’re on a budget). A brilliant choice if you’re hungover.

The coffee shops
It would be wrong to write a huge guide to Amsterdam without mentioning the reason that so many people flock to the city in the first place: the coffee shops. Generally, the staff (or ‘budtenders’, as people with no cringe filter are wont to call them) in these places are friendly and happy to help you to find the right stuff. If you don’t know your indica from your sativa, talk to the staff. Really.

Don’t be like me and go into it blindly, smoke the strongest stuff in a hazy basement, go out into the street and have a nervous breakdown when seeing the bright lights of the Apple Store, feel like you’ve forgotten how to walk and have to sit down on a bench for half an hour, frozen with paranoia, until returning to your hotel and sleeping for the rest of the afternoon.