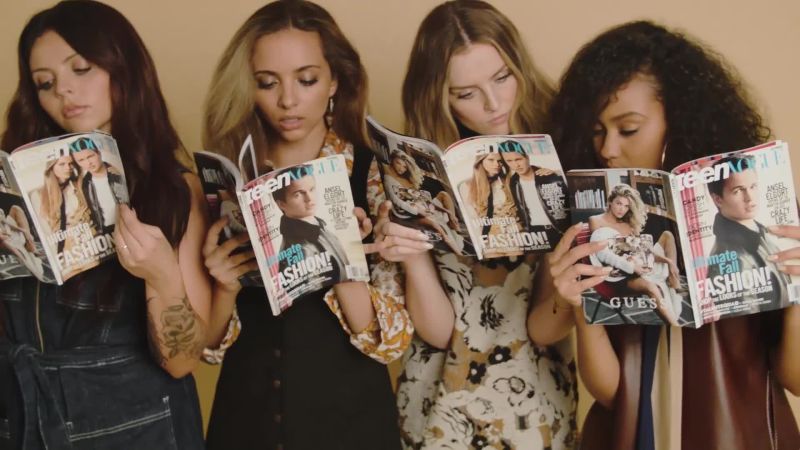 Looking back on Teen Vogue as print edition folds

While we were just coming to terms with the final print edition of Nylon, along came another blow in the world of media with the announcement that Teen Vogue is ceasing its print edition, making it another digital only brand.

With these few years being the most turbulent in print history this announcement stung a little harder, as while the death of any printed magazine isn’t really surprising anymore, the fact that the brand that had re-emerged as what some have called the voice of a generation, to then be told that it will be relegated to a digital only brand.

While some have argued that given Teen Vogue’s content and target market it makes complete sense to exist as a digital entity, it does feel like we are losing something, and while we grieve over Nylon, Teen Vogue and the many other publications that we have lost and will lose in the future, this brings to the front again the major issue of print in general, and it’s apparent life span.

What’s really heartbreaking about the closure of Teen Vogue’s print edition is the relative wokeness of their recent content, and while this will most likely still exist online, it’s sad that for the first time in a long time, a magazine – let alone a magazine aimed at teens – was willing to stick it’s neck out and really discuss some of the the more pressing political and social issues that we face today. There’s always been a dismissal of the younger generations as being youthfully ignorant, but I would state pretty confidently that the youth of today are far more politically and socially informed and outspoken than any other generation.

But, ultimately, here is the T: magazines’ print editions cease to exist because they don’t make enough money to be seen as financially viable to the publishers.

And while at times that can seem crazy – like, why the fuck is Brides magazine or Condé Nast Traveller still available in print, but Teen Vogue, which was producing some of the most interesting journalistic content, is not? – in the strange world of magazines sometimes the titles that make you think ‘who buys that?’ are actually bought in great quantities: think of all the knitting magazines or cooking magazines there are.

And let’s face it, sales are not the only factor for consideration, the cost of content creation is far less for niche titles, and that’s heart breaking – more people are willing to buy a magazine showing overpriced wedding dresses which the privileged elite will purchase to wear for one day, than a magazine willing to risk taking a stand – but that is the reality of the situation.

This discussion about the death of print can seem really black and white: print is either dead or alive. And while I would say that the world of print as we know it is dying, do not fret, as this may not be a bad thing.

As a magazine obsessive I have watched publications become more and more alike over the years. As the cost of publishing gets higher, so does the amount of advertising content taking up more and more space. Without realising it, we have really been in a publishing rut. It makes me sad to even talk about this because I still have so much love for so many publications, but ultimately how different are they from each other any more, in terms of content and even how it is presented to us?

The internet changed things in the world of media of course, but to adapt, big publications merely incorporated a digital arm to their magazines, not really changing much else; and let’s face it, as the most financially strapped generation in the modern age, who has the money to buy all these magazines when you can get much of the content online? The first two quarterly editions of Teen Vogue in 2016 averaged 22,590 single copy sales versus 47,689 in 2015, a 50% drop in one year. Meanwhile, average monthly unique visitors online as of October were 8.27 million, up from 1.4 million in 2015 when Digital Editorial Director Phillip Picardi took over.

It again breaks my heart to say this, but in order to part with our very hard earned cash, these publications must give us something different than just a IRL version of the same content already featured online. Print publications must differentiate themselves even from their digital counterparts. A magazine as I see it is an artefact, which is a physical representation of our culture, and what do many of these publications say about our culture? That we support a particular beauty ideal? That we want ads and ads and ads of stuff we most likely can’t afford? While that certainly has and still continues to reflect our culture, there has been a definite shift in what we want, and to many this does not represent them.

Because of the shitty circumstances of what happened, this is incredibly difficult for me to post. But, I'm finally ready to say something about our last issue: Despite all the bullshit, I am so fucking proud of this issue, and I will always love NYLON, the magazine. Myself and the rest of the former print team had no idea that this was the last issue we were going to create. If we had known, we probably would've done it a little differently. But despite us not realizing that this was the end, I must say we pulled together a pretty incredible last issue. I'm so proud of myself and my amazing beauty team for the final pages we created. Here are some highlights: my beauty opener, a collaboration with @lipstickqueen on a black blush that turns pink when applied on skin; my interview with hand-poked tattoo artists @tealeigh and @kellikikcio talking about their inclusive new space @welcomehome.studio; my interview with the lovely @petrafcollins on being one of the faces of the new @gucci bloom fragrance; my interview with illustrator (and angel) @tuesdaybassen on how she started her brand, all while giving the (perfectly manicured) middle finger to corporate art thieves; my feature on @wild_oleander, Bushwick's groovy new nail salon; my interview with @pattyschemel, former drummer of Hole, on her new memoir Hit So Hard; @sophialorichards’ €œSafe Space€ spread that features beauty products that benefit women's and LGBTQ rights organizations; and @vbiancav’s hilarious review of @diptyque’s latest collection (in which she makes the revelation that "bougie" also means candle in French). I'm being selfish and just mentioning my pages, but obviously there are SO MANY other gems in this issue from my print family. I won't spoil them here; instead, I encourage you all to go out and pick up our last issue for yourself. Grab a piece of publishing history, and proudly add it to your collection. I will never throw away any of my copies of NYLON, because "the most awesome magazine in the world" will always by my favorite one. Lastly, many of you have mentioned that @st_vincent looks like Joan of Arc on the cover. Cue: "Ironic" by Alanis Morissette. í ¾íµ€

While this discussion of the death of print has raged, independent publishing is booming. And while that is terribly terrifying to the capitalist construct of many major publications’ publishing houses, this dialogue isn’t actually about the death of print, but rather a particular type of print.

Features on make up products, high end clothing or even advertisements are still highly important in our culture at the moment, and we will always be exposed to them, but do we have to pay for the pleasure? In the whirlwind of content online, we can skim through advertisements at our leisure and consume content on an unprecedented speed, so when it comes to print that we buy, that we keep and treasure, give us something more!

The bar should be raised, and it has by many independent mags and zines, and it’s about time that these big businesses and their publications catch up. The internet was supposed to be the death of TV, but by evolving to maintain their relevance TV shows are bigger and more culturally significant than ever.

Within the world of independently published magazines or zines, the level of creativity, whether it comes to the content or aesthetics of the publication itself, is far higher. Moving away from the super glossy pages, we want authentic and real: a real artefact. And sure, we still want all that other stuff too, just maybe digitally is an easier way to consume it.

The real tragedy of the many publications ceasing in print are the truly talented creative individuals that are now forced into unemployment, and the kicker is I’m sure many of these creatives wouldn’t be in this position if they were given way more control over their publications, rather than everything being dictated by big business and the financial bottom line.

Because ultimately, the issue isn’t with print as a medium; rather, it’s the business of print that’s broken.