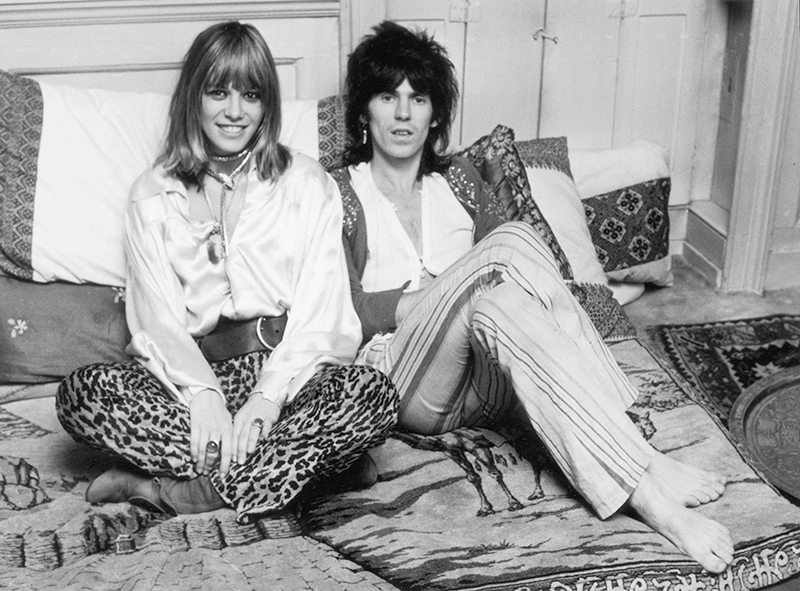 Called many things in her life, from €œit girl€, to groupie, to muse, many people may not have heard the name Anita Pallenberg before, but we have all felt her legacy.

The Italian-German actress and model passed away this week at the age of 73; and while that of course is tragic, we must celebrate a life lived so hard. Synonymous with her connection to the Rolling Stones, being dubbed everything from the ‘sixth stone’ to the woman who ‘almost broke up the stones,’ she was far from a mere a groupie – rather she was an instrumental force not only within the members’ personal lives, but also the music.

As the band’s personal assistant Jo Bergman told the Observer in 2008: €œshe, Mick, Keith and Brian were the Rolling Stones. Her influence has been profound. She keeps things crazy.€ Her life was one of excitement and passion; of debauchery and drugs. Almost a mythical figure, her influence and presence at huge cultural touch points in the 1960s and 1970s should not be ignored.

Her complicated life alongside the Rolling Stones began with her relationship with Brian Jones; passionate but at times violent, it didn’t last long – two years to be exact.

It was at the end of this relationship Pallenberg would seek comfort in the arms of another band member, Keith Richards. They would have an infamously drug-fuelled relationship for 12 years, even having three children together; though sadly one of those children would be a victim of SIDS.

Her time with the Stones was tumultuous, but also productive, as many onlookers at the time have since gone on to comment on her part within the band – she sang backing vocals for the Rolling Stones mega hit, ‘Sympathy for the Devil’, and Mick Jagger was even said to have remixed tracks on the band’s albums around her input.

Although ultimately she will be most famous as the *€œMuse of the Rolling Stones€*, we should not underestimate or overlook this women and her eventful life. Before meeting the Stones, she moved from her native Rome to New York City in the early 1960’s and became part of the pop art crowd, more specifically Andy Warhol and his Factory.

In New York she was involved with the Living Theatre, starring in the play Paradise Now, which featured onstage nudity. She would go on to meet the Rolling Stones, but also to carve out a career in acting, starring in: the 1970 film Performance alongside Mick Jagger; cult sci-fi classic Barbarella; Candy, the 1968 cult sex farce film based on the 1958 novel by Terry Southern; and A Degree of Murder, the German film famous for its Brian Jones soundtrack.

Trying her hand at not only acting, Pallenberg maintained a wide variety of passions and interests; never afraid to go against the status quo, she even tried her hand at black magic, once wearing a string of garlic around her neck to ward off vampires. Fluent in five languages, she studied fashion and textiles at Central Saint Martins in the 90s, but although she graduated, she rejected a career in fashion, finding it too cutthroat and cruel.

Her legacy will not only be felt in her actions but also her aesthetic; nobody epitomises rock and roll glamour better. From her signature messy blonde hair with – of course – her iconic fringe and her enviable bohemian wardrobe. Just like the other style icons of that era, like Marianne Faithfull and Jane Birken, she was always impeccably dressed, with that oh-so-hard to achieve balance between stylish trendsetting and effortlessly chic.

She had the most important facet when it comes to style, and that is authenticity: the clothes always maintained a casually cool vibe, never wearing or overpowering her. Although she avoided a fashion career, she would still pop up at various shows over the years, even walking the runway in head to toe gold with a walking stick for Pam Hogg SS17 show at London Fashion Week.

This week we lost a legend, a muse and an icon. Rest in peace Anita Pallenberg.