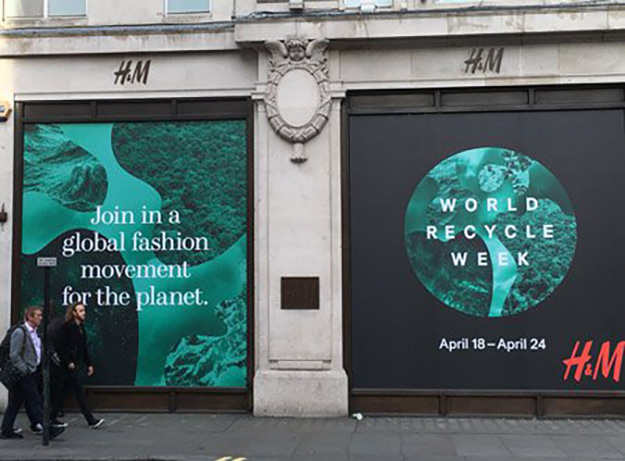 | Liar, liar, pants on fire. Be sure to research the greenwashing companies to ensure that their claims are ethical, real and not a marketing ploy.


Ethical fashion is gaining momentum, which is great. But sadly, this creates a bandwagon effect, and the greenwashing phenomenon begins. Greenwashing is when brands make claims about their efforts to be eco-friendly or sustainable, which are misleading and distract from the real problems.

The Fashion Law gives a brilliant definition of Greenwashing as detailed below:

‘Greenwashing is a term that was coined in the 1980’s by environmentalist Jay Westerveld.

It is defined as the €œdissemination is misinformation by an organisation so as to present an environmentally responsible public image.€ This practice often includes misleading customers about the actual benefits of a product or practice through misleading advertising and/or unsubstantiated claims.

Brands can make vague claims or omit important and relevant facts. They may do this inadvertently, just using information from their suppliers; in the recent case where several clothing companies claimed that they sold eco-friendly bamboo clothing when they, in fact, sold rayon produced from bamboo – but processed in a way that uses harsh chemicals and can also release hazardous air pollutants.

One example of greenwashing is something rather suspicious happened earlier this year. H&M announced a new campaign called ‘World Recycling Week’ in order to promote their recycle-your-cheap-clothes-and-get-money-off-more-cheap-clothes project. ‘Coincidentally’, this coincided directly with Fashion Revolution Week, a grassroots movement asking retailers the truth about who makes their clothes and pushing policymakers for transparent supply chains and better conditions for garment workers around the world in the wake of the Rana Plaza disaster.

A couple of other issues have arisen around the Swedish retail giant, including the controversy of their diffusion line, the ‘conscious collection’, only being a minuscule percentage of H&M’s total stock, and with garments made from organic cotton but hypocritically still fabricated in sweatshop conditions. Basically, my point is that focussing on only one aspect of ethical fashion but distracting from and ignoring the truly pressing concerns won’t cut it, as there is a huge spectrum of issues to solve, and we cannot solve any of them if we are simply pitting one against the other.

The real question here is, how do we know who’s telling the truth? In a time of insta-bragging, it can be tough to tell the difference between authentic brands and the greenwashers. Unfortunately, there is no clear answer that isn’t ‘do your god damn research!’, because the more transparent the supply chain, the more that the public can look into the stages and decipher their sustainability.

Until the fashion world agrees on a standardised system for grading the ethics of fashion brands, and transparent guidelines for truthful marketing, well-meaning, eco-conscious consumers like you and I are prone to be greenwashed unless we read between the lines.