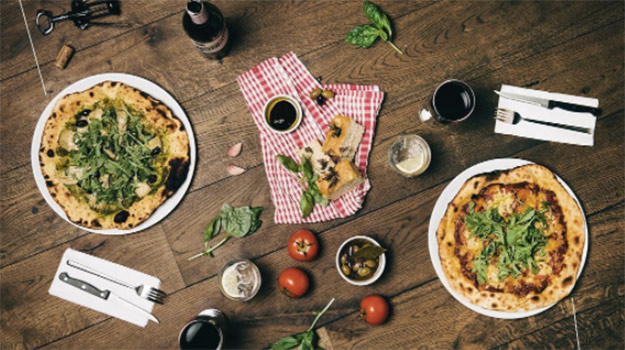 Everything you need to know about the new Black Panther movie

You might not be aware that Glasgow is basically Vegan Heaven, in fact in 2013 it was named Peta’s most vegan friendly city!

So I’ve decided to list the Best Vegan Restaurants in Glasgow by category. I always get so stressed when trying to find somewhere to eat in a new city, so hopefully the below list will eliminate all stress when you next visit Glasgow, or the next time you want to pop out for dinner but don’t know where to go!

Rose & Grants – Three words, Vegan Square Sausage. Yes you heard right! It tastes better than the real thing and you can either enjoy as part of a full vegan fried breakfast, or grab a roll and square sausage to go! The best thing is that you can buy a pack and take home to enjoy all week long.

Soy Division – If you are looking for breakfast with a punch this is it! The choice is massive and the vegan sausage rolls are a definite highlight with homemade potato scone coming in a close second. This little cafe may be a trek from the city centre but it’s well worth the visit.

Cafe Strange Brew – Although not fully vegan there are options on the menu, a great place to go with non vegan friends. The Turkish duck egg flatbread is amazing, covered in fried aubergine, herbs and hummus. Just make sure and ask for it with no eggs! The Vegan that guy is basically the ultimate avo on toast – a must try.

CCA – The Centre for Contemporary arts isn’t just an art lovers haven, it also houses the saramago cafe bar, an amazing vegan restaurant. The scrambled tofu Sunday breakfast is amazing, as is the breakfast burrito with tofu sausage. Go for the full breakfast with homemade bread if you are feeling hungry.

Singl-End – This cosy breakfast spot has plenty of vegan options, but their stand outs have to be their baked goods! The bread is baked in house and loaves can be bought to take out. Their cakes are also delicious so make sure to ask what vegan options they have on. The peanut butter cookies are definitely the best!

Steak Cattle & Roll – For those looking for a gut busting lunch. Steak Cattle & Roll is perfect for burger lovers with four vegan burger options. The Classic V is a firm favourite and paired with a vegan shake it’s sure to keep you full for hours! Just don’t attempt the fries alone, or you may need a post lunch nap.

The Flying Duck – The Scottish equivalent of a dive bar with amazing vegan treats. The Philly cheese steak has to be eaten to be believed, as does their burrito with Mac N Cheese in it! Not necessarily one for the health conscious but a great atmosphere.

Bloc – 100% one of the Best Vegan Restaurants in Glasgow. If you are looking for easy, quick food with a lunch time drink then bloc is for you. A perfect place to take all your non vegan pals, I challenge anyone to try the ‘not dog’ hotdog and not fall in love. The bean poutine is also amazing.

Ramen Dayo – Fairly new to the Glasgow food Scene Ramen Dayo is based on a traditional Japanese ramen bar. The Vegan ramen is delish but I would recommend asking for extra sweet potato and noodles as the portions can leave you a little hungry. The veg gyoza is also vegan so make sure to sample some!

Stereo – Based in Glasgow city centre this vegan restaurant offers some of the best vegan eats money can buy. The buffalo cauliflower bites are amazing, as is the veggie haggis pakora. If you need a pick me up then grab a mushroom pie with roast veg.

Babs – I’ve always got time for a vegan kebab! The beetroot falafel is amazing but can be a little dry so ask for a side of hummus, just be prepared for a big portion. The babaganoush is perfect and you can also pick up a tofu shish kebab incase falafel isn’t your thing.

Chez Mal Brasserie – With only one Vegan option you might wonder why Malmaison even made it onto this list, but since it’s possibly the best vegan burger I’ve ever eaten I had to include it! Mushroom Pate made into a burger with lentils, grilled pepper & jalapeÃ±o marmalade it’s a sensory delight.

The 78 – This (not so) little vegan eatery in the west end is perfect for those lazy weekends. The Sunday roast is well worth waiting for and their soups will warm even the coldest heart. Their sticky toffee pudding is possibly their greatest creation. Definitely one of the Best Vegan Restaurants in Glasgow

Hug & Pint – Voted one of Scotlands best restaurants in 2017, Hug & Pint doesn’t disappoint. From their ever changing menu to their 7 course tasting extravaganza they have something for everyone. Personally I could eat the black pepper Aubergine till the end of time. Asian Inspired vegan food at it’s best.

Mono – So outside Scotland the pizza crunch doesn’t seem to be a thing, so let me explain it to you. Take a pizza, cover it in batter and deep fry it. It’s like eating a tasty heart attack and Mono make a vegan version! The whole place is like a vegan heaven tbh, their mac & cheese is delish as is their jack fruit burrito.

Riverhill – Right beside central Station the cafe offers some vegan options but their cakes are the reason to visit. The vegan brownies or cookies both to die for.

Soy Division – So good it get’s mentioned twice! Perfect if you need a sugary pick me up, if you go for breakfast I’d recommend getting a little cake carry out for later.