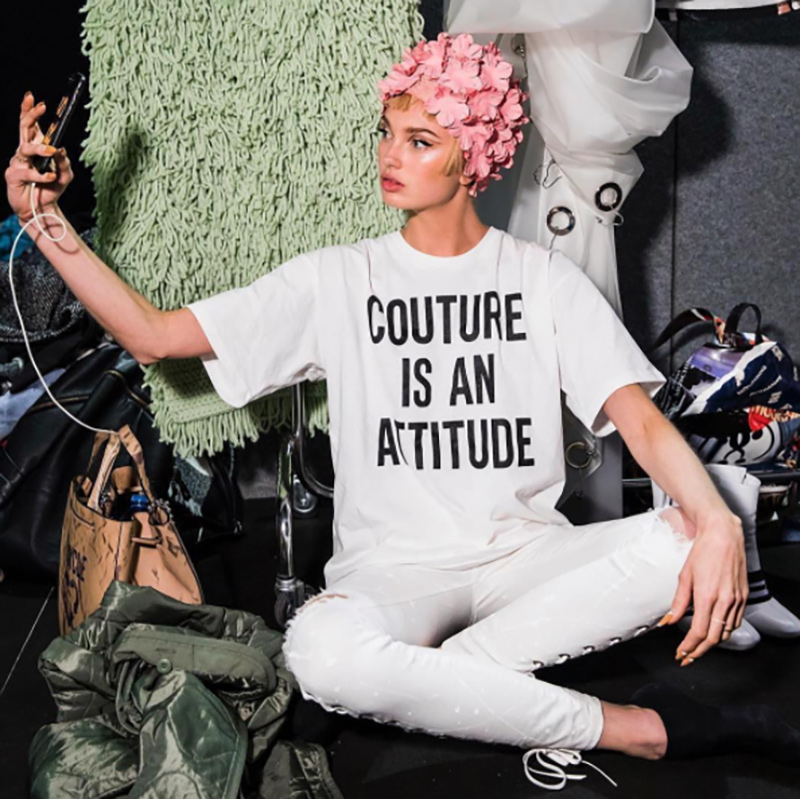 Why Everyone Wants Gucci

Can you believe we’re now over halfway through Fashion Month? Milan Fashion Week has now been and gone, so it’s time to look at some of the standout shows from the week that was – from the majestical to the pure trash (it’s not as bad as you think; all will become clear as you read on), we’ve witnessed a mixed bag of styles, yet the overarching theme is that, for AW17, Milan has become more inclusive. For a city that is so historically linked to oft-OTT, hypersexual visions of femininity, this shift in attitude is a true sign of the times. 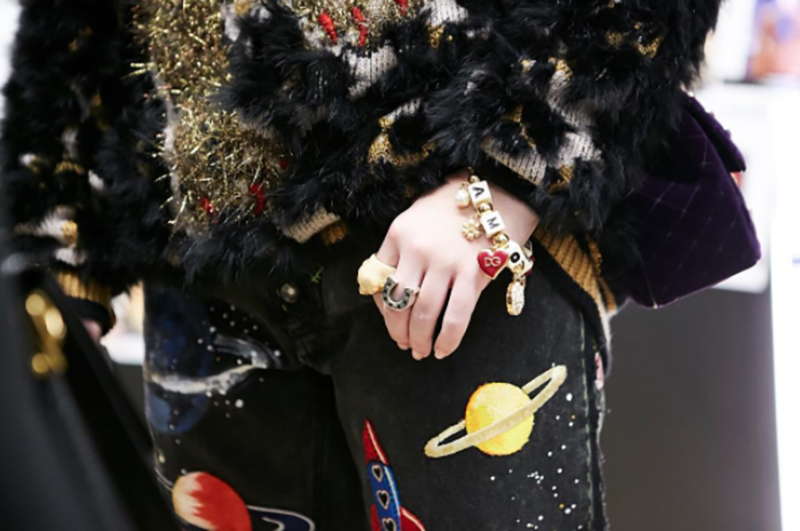 There are two types of people in this world: those who love Dolce and Gabbana’s excessive, family-oriented runway shows (‘shows’ is very apt when D&G is concerned), and those who think they’re a waste of time. A predictable waste of time. I fall into the latter camp, mainly because I can’t abide with the way big brands can throw so much money at something which lasts 10 minutes, while I have to save up for months if I want to buy a keyring from one of said big brands, but also because I think the whole grand spectacle detracts from the most important thing: the clothes. And Dolce and Gabbana’s, for AW17, were pretty majestic. It was the usual blend of embellishment, heavy detailing, patchwork and embroidery, with killer accessories. It was just a shame that all the pomp surrounding it overshadowed the clothes. The show was very inclusive, though, on a more positive note, with a mix of fathers and mothers and sons and daughters making an appearance on the runway. 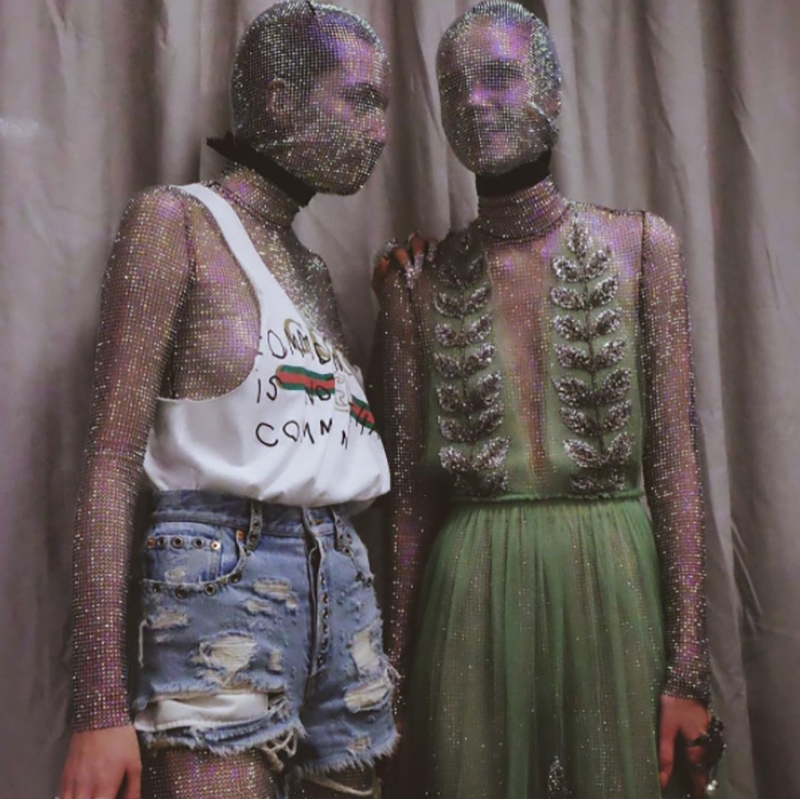 Since the instalment of Alessandro Michele at the helm of the brand, Gucci is undoubtedly Milan’s hot ticket. And for AW17, the guy didn’t disappoint, with his output as bold, bright and eccentric as ever. While most fashion collections revolve around central trends, ‘looks’ or themes, this is not so much the case for Gucci. When Gucci is concerned, a lot of colour is concerned. And a lot of prints. And embellishments. And heavy jewellery. And monogrammed luggage. But the most interesting thing to come out of the show were the sequinned crystal bodysuits, complete with full-face veils, worn with Gucci-branded tees which had poignant messages (as poignant as fashion can get, anyway – ‘Common sense is not that common‘ being one of them) scrawled on them by artist Coco CapitÃ n, in her signature cursive. 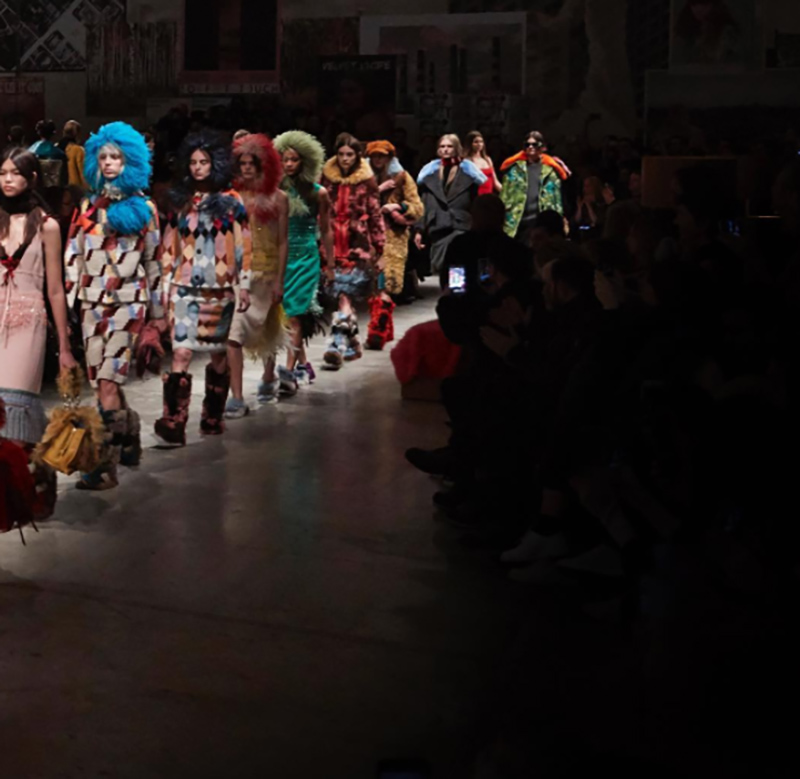 Her autumn/winter ’17 collection just gave us more reasons to worship at the altar of Miuccia Prada. Almost too many reasons to mention, really: note the skirts and outerwear trimmed with feathers, the bold geometric prints, the knit suits, and those corduroy trousers, which helped to make the newsboy caps look desirable. The collection will prove to be easy pickings for eagle-eyed high street brands, whose in-house designers have, for many seasons, been replicating Prada’s ubiquitous curly-textured coats, which made a reappearance for AW17. Expect to see Topshop, Zara et al using Prada’s feather trims and deft outerwear, from the smart peacoats to the wide-lapel jackets. Overall, there was much to love. 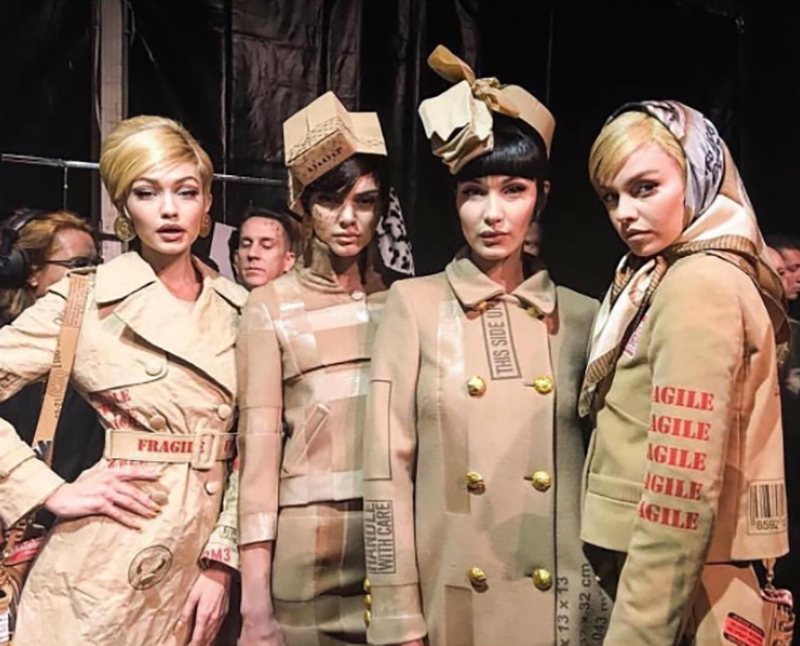 While Miuccia Prada is Milan’s most innovative designer, Jeremy Scott is, surely, its most divisive. For the new season, Scott decided that, unlike most fashion-focused women, Miss Moschino would be passionate about recycling. Yes, read that correctly. This culminated in what Moschino dubbed ‘Cardboard Couture,’ comprising t-shirt dresses, trench coats and dresses that appeared to be derived from cardboard or paper bags – in case there was any chance people might not get Scott’s extremely literal references to such materials, he also emblazoned them with ‘DO NOT CRUSH’ and ‘FRAGILE’ labels. Thanks for clearing that up for us, Jeremy! The show closed with even more repurposing of the humdrum, with one model wearing a hat box as a hat, and others wearing dresses made of ‘bin liners’ rather than silk.

There were slogan tees, too, what with it being Moschino and all. ‘Couture is an attitude,’ said one of Scott’s t-shirts, which seems a confused message given that most of the collection had us thinking that it’s just, well, trash.