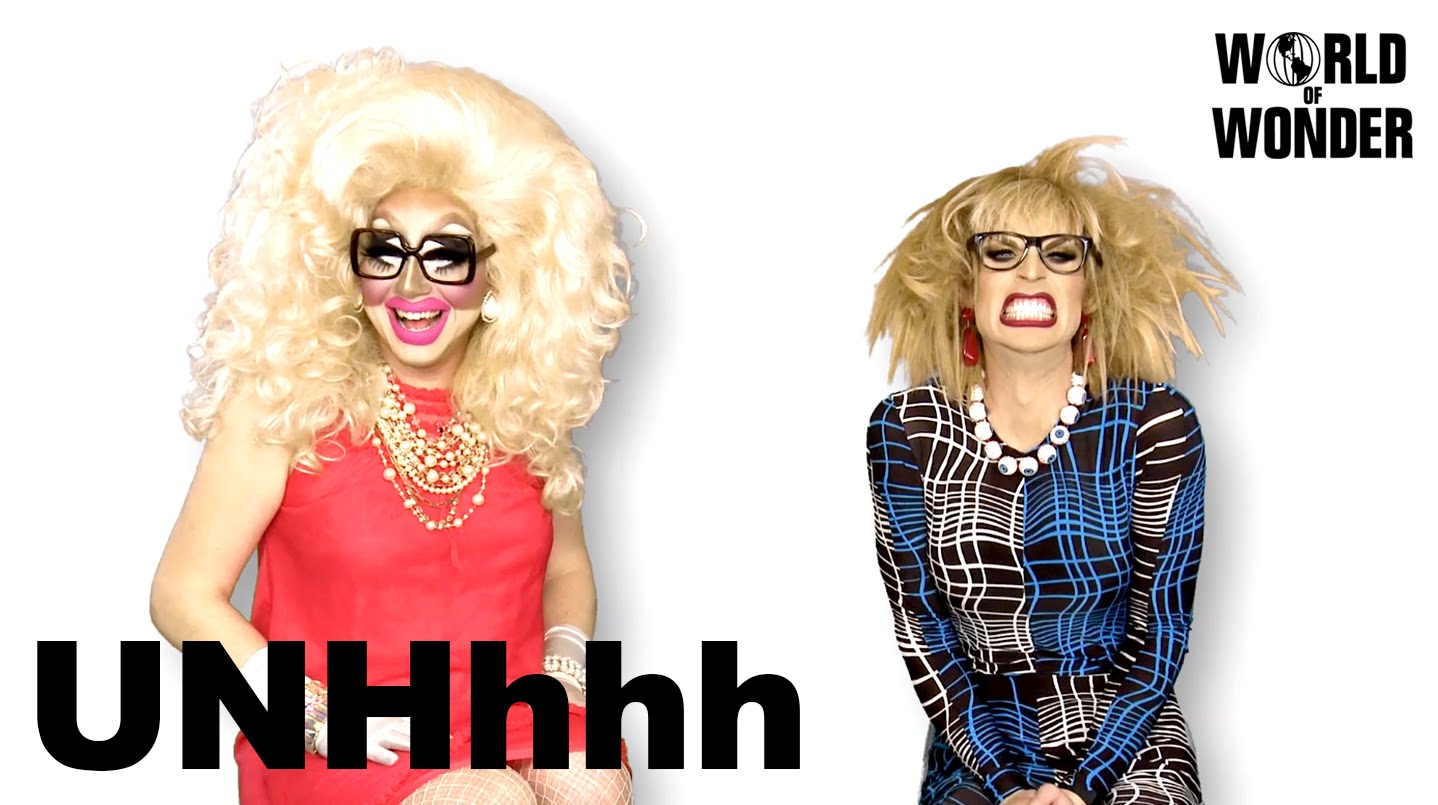 | Big hair, beat face and sharp witty humour. Get your fix of famous drag queens and soak up their realness.

With the return of RuPaul’s Drag race, if you’re anything like me your thirst for drag queens will be at an all-time high. Let’s be honest, one episode a week isn’t really enough, so I decided to create a little list of some of the best drag queens with YouTube shows. Just to clarify, these are not how to transform into a drag queen, there’s a whole ‘nother article in that. This is purely for entertainment purposes so get ready to get that YouTube playlist together.

First up, and this probably goes without saying;

I’m sure most avid fans of drag race are already well aware of Untucked but I thought I would add in case anyone missed the memo. Untucked is the behind the scenes look at the queens during the drag race elimination process. There have been a couple of variations of the format and to be honest I miss the old Untucked, the fights were iconic; Shangela vs. Mimi Imfurst literally throwing drinks, Laganja’s infamous Meltdown, Willam and Phi Phi’s fight€¦ just really the fights, all the fights.

Definitely one of my favourite YouTube shows, BEATDOWN by Willam Belli. BEATDOWN’s concept is very simply Willam reacting to a selection of YouTube videos shown to her. Doesn’t sound that interesting, but if you know Willam, then you know it will be funny. Props to the people that find the videos as even in my deepest darkest YouTube loops I have yet to come across some of this depravity. Seriously the videos are amazing, but let’s face it you will watch for Willam’s razor sharp wit, which is always on point.

Whether you were a fan of these two in their season or not, please don’t let that deter you from giving this series a watch, and while you are at it don’t let the lack of a concrete concept for this show deter you either. As they say *”it’s a show where we talk about whatever we want, ‘cos it’s our show and not yours”* and that is pretty accurate, they cover everything from dating and flirting, to religion and wet dreams. Trixie is a truly funny lady but for me, Katya really makes it, from her general strangeness, to her fan, to her endless talk of the movie Contact, to sucking on her rubber chicken. UNHhhh, along with BEATDOWN, are definitely my must watch drag queen shows. I would particularly recommend the Halloween episode – for the rubber chicken.

Fashion photo RuView sees RuPaul’s Drag Race season 3 winner Raja, and who should have been the season 2 winner Raven, review outfits from the main stage of the show. Raja and Raven will critique outfits from Drag Race or occasionally different queens from social media, a positive review will gain you a ‘toot’ and a negative review will get you a ‘boot’ and if you are really slaying you could even get the pretty rare to come by ‘shoot’. I have a kind of love-hate relationship with this show, I love Raja and Raven but sometimes I strongly disagree with their opinions. I also sometimes do not understand their personal outfit choices, to be honest there are a lot of ‘boots’ from me, but hey – it’s two drag queens judging people, I’m in.

Alyssa Edwards probably has the honour of being the most charismatic drag queen out there. The show name is taken from the infamous challenge on her season, ‘scent of a drag queen’ which really cemented her completely clueless humour; that’s the thing with Alyssa, she doesn’t actually have any idea why she is funny, and that’s why the show is great. Alyssa is constant entertainment, from the facial expressions to the tongue pops, to her unique take on the English language she is entertainment gold, and that’s probably why Alyssa’s Secret has been running for so long now.

Ever wanted to watch a chat show with your favourite drag queens and other LGBTQ+ icons? Well, Hey Qween is for you. A pretty traditional chat show, host Jonny McGovern and his drag queen sidekick Lady Red interview guests, including the majority of drag race stars and other icons like James St. James, The Boulet Brothers and Mathu Andersen. Keep an eye out for the segment ‘Look at Huh!’ where the guests are encouraged to spill a little T or throw a little shade at their sisters. As a bonus, if you enjoy Hey Qween, check out ‘Hot T’ – a gossip show also hosted by Jonny with Lady Red a rotation of other quests. The concept if pretty simple, they discuss a selection of gossip and rumour printed in very reliable sources like the National Enquirer. This show really serves as a vehicle for Jonny McGovern’s comedy skills and for Lady Red’s ranting, which is pretty iconic.

Travelling to get Tattooed?