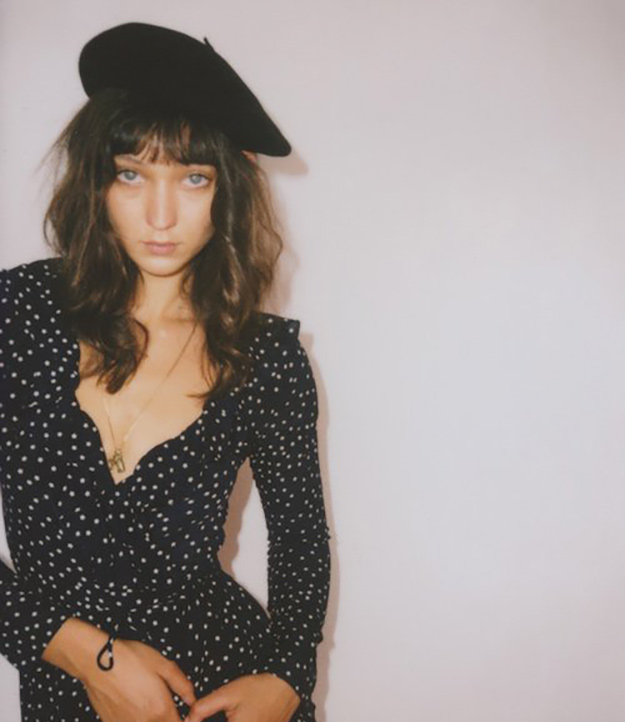 How To Get Internships In The Creative Industries

I’ve never thought of myself as the kind of person who could fall in love online. I’m way too wary of how easily empty statements can be expressed digitally. How are you supposed to know that it’s ‘real’ when the object of your affections is on the other side of a screen and you’ve had no interaction IRL?

What if, when you meet in the real world, the attraction just falls flat? However, earlier this year, the unthinkable happened and I fell in love online. It was the sort of consuming, bordering-on-the-obsessive love that leaves you unable to focus, and makes you lose interest in people you’ve always been close to, because nobody compares to the one that you fancy. Sadly, it never worked out. I was in a relationship at the time, and my new crush wasn’t even in the same country. FFS. My desire burned within for ages, though, and I’ll admit that I came pretty close to cheating; to tapping in my card details and waiting. Oh, did I mention that it was a dress?

I was late to the game with Réalisation Par, a cool Aussie brand with a French moniker, targeted at girls who know their style, but not necessarily how to spot when they’re being duped by savvy marketers with a penchant for e-acutes. It was the brand’s navy Alexandra dress, peppered with a delicate star print, that captured my heart. It’s unlined, it costs $195 and the brand doesn’t readily ship to the UK, but I still lust after it and, like every other wannabe Frenchie who’s been sucked in by the brand’s faux-Parisian mystique, I’d buy one in an instant if I could afford to. I’d probably wear it once and ruin it by being very un-French and spilling red wine down it. Why do we save nice stuff ‘for best’ when ‘best’ means booze-filled occasions? 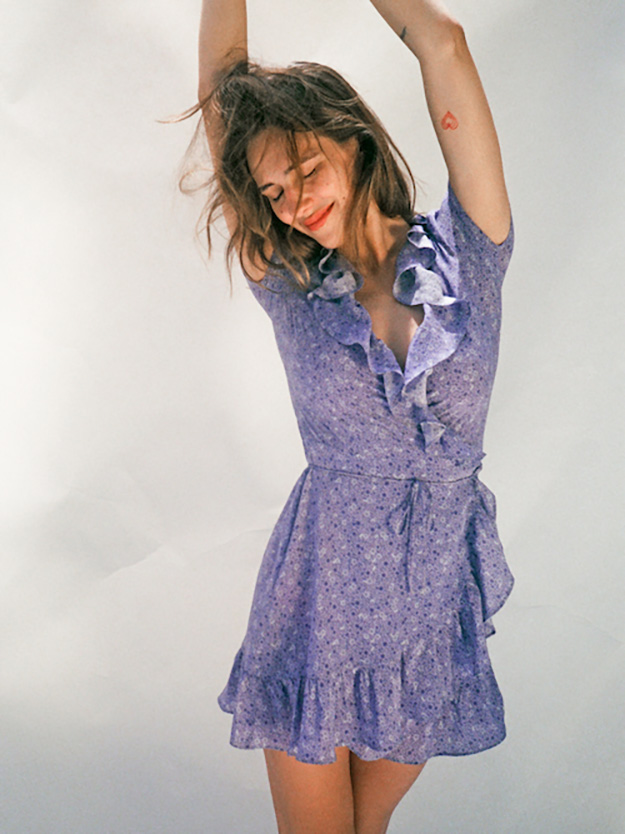 Réalisation’s dresses are silky and shapely yet shapeless. They fall across the body ‘just so’. You would simply never wear a bra with one because they’re the epitome of je ne sais quoi, which you can’t have if you have boobs. Celebs like Alexa Chung, Bella Hadid and Kaia Gerber have got on board with Réalisation, along with various ‘influencers’, whose vanity I abhor, but also admire because I steal all of my styling tips from them. Well, from them and from French girls, a.k.a. the OG style influencers. 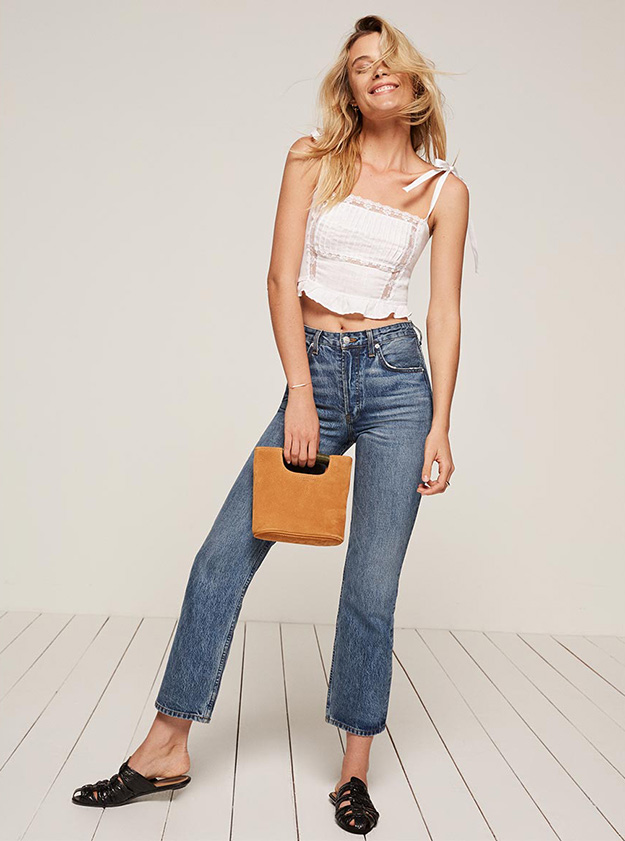 French Girl style has always been cool, with similarly enduring appeal as pieces like black skinny jeans and ankle boots, but it’s become even more popular recently. Even Chanel’s recent couture show was a love letter to Paris (even more so than usual). One of the season’s most-Instagrammed tops is a skimpy shirred cotton number (pictured above) which is part of Reformation’s ‘Almost French’ collection, which is presented with the tag line, ‘You will never be French, but at least you can pretend in the new stuff.’ Most of the Almost French collection sold out in a flash and is still in high demand.

Reformation and Réalisation Par are far from the only brands to get sucked in. There are other many brands, like ÃŠtre Cécile, Agent Provocateur and French Girl Organics, that have built a business upon pretending to be French.


French Girl style is a weird beast in that it’s impossible to define, yet we all know what someone is talking about when they refer to it. There are some garments that are *totally* French, either by origin or association. For example: 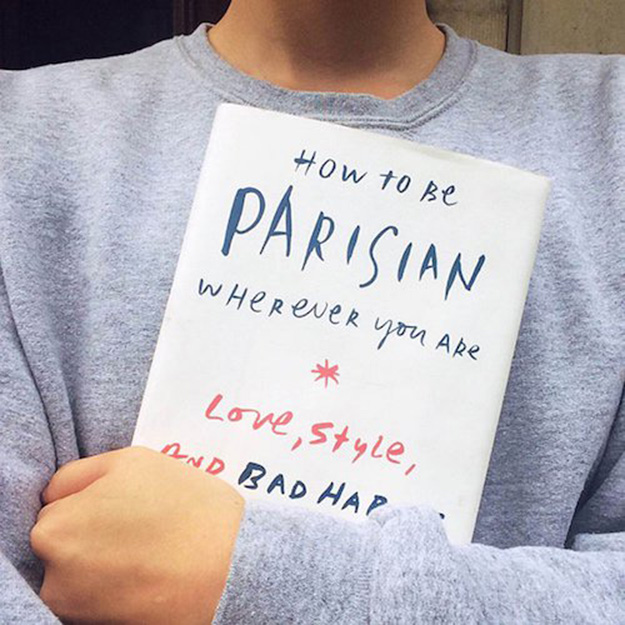 My own French Girl journey began at a young age, despite growing up in North Yorkshire, reared on fat rascals and the Yorkshire Post rather than croissants and Le Monde. I endured a long love affair with French stuff throughout my teens, which even influenced my language choices (my friends and I would say ‘oui’ instead of ‘yes’ and think we were ) and embarrassingly played a part in my starting smoking (Gauloises, obvs) because, you know, all the French babes did it in the movies.

I don’t smoke or speak Franglais any more and, while I still hoard Breton tops, I’m slowly getting over trying to be French. The thing is, I’ve realised that it’s not just about ‘style.’ It’s more about how you act and how your body looks. French Girls don’t care about anything, apparently, yet they always look immaculate and alluring. It’s also about your body shape; French Girls don’t exercise, and they eat a lot of pastry, but they’re always slim. They smoke and drink heaps and yet they look ageless, with glowing skin (must be something to do with all of those amazing French pharmacy products). If they have kids, they’re still somehow slim and pulled-together and well-dressed 24/7.