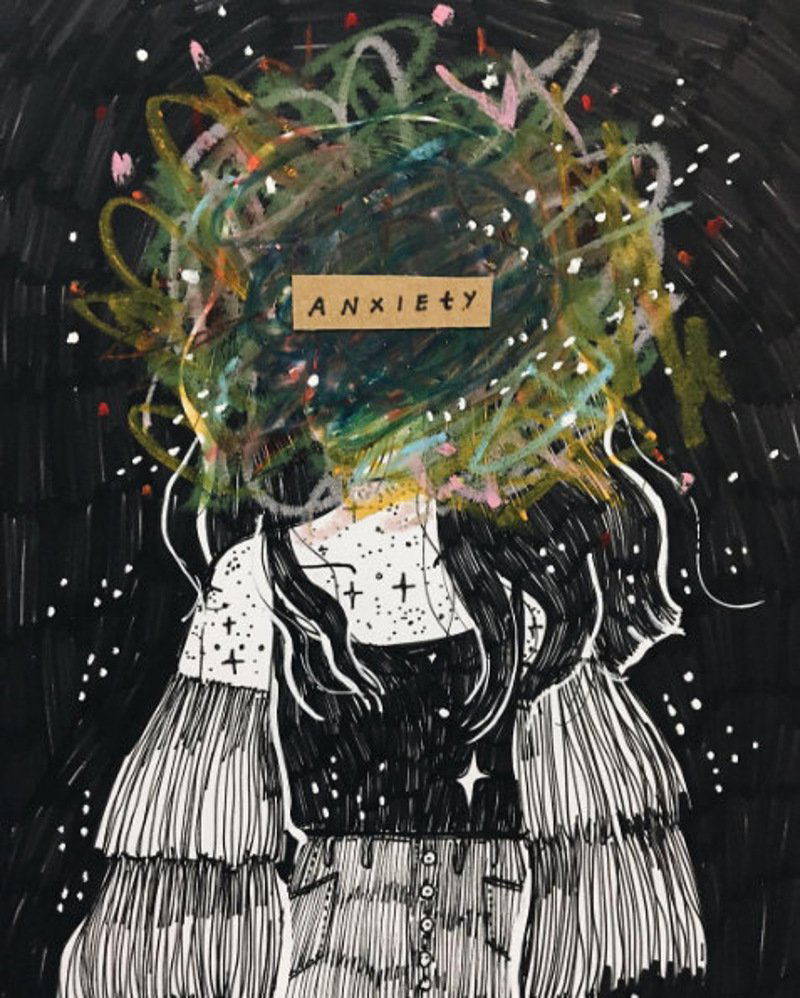 How the Catwalk Steals from Working Class Subcultures

| There’s a special kind of terror you feel when you constantly believe you’re facing imminent death. We discuss health anxiety and how to deal with it.

There’s a special kind of terror you feel when you constantly believe you’re facing imminent death.

As dramatic as that sounds, it’s a feeling sufferers of health anxiety know all too well. Anxiety as a whole is slowly becoming more acknowledged – ‘slowly’ being the key word. All anxiety disorders are still highly stigmatised – however, health anxiety is undoubtedly the least talked about form of it.

So, what is it? In its most basic sense, it’s the constant worry that you have a deathly illness based on any number of physical symptoms you may be experiencing. It can be obsessively examining your body for abnormalities or, often in my case, noticing things for the first time that have probably always been there and freaking out. For example, for most people, a headache isn’t something that will throw them into a perpetual state of panic. For someone with health anxiety, a headache is a definitive sign of a brain tumour. 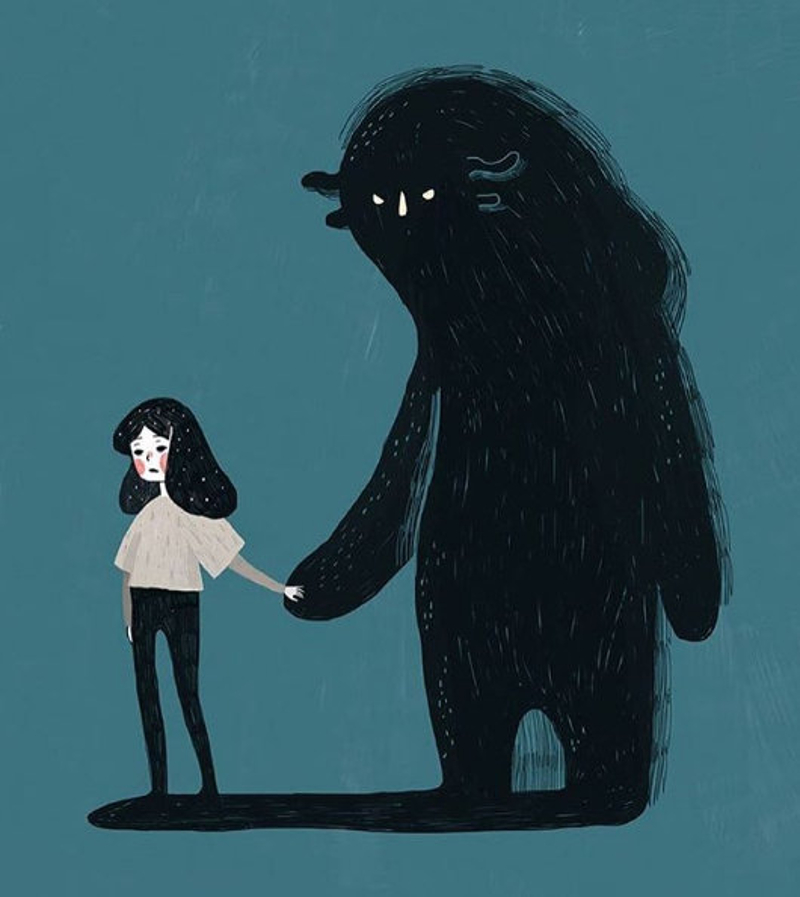 Health anxiety is irrational; as anxiety tends to be but it can also manifest itself in your body and present very real-seeming symptoms. My process with health anxiety usually goes in this order – I find a symptom (usually after reading, watching or hearing about someone having the same symptom and/or being diagnosed with something), I then have a panic attack followed by trying to convince myself there’s nothing wrong with me and then repeat the whoooole agonising process the next day. My reoccurring belief is that I have some illness that’s yet to be discovered and due to a close family member’s misdiagnosis, my trust in doctors is basically nonexistent. It’s exhausting, disabling and lonely – especially when people call you a ‘hypochondriac’.

Although an ‘official’ term, I find ‘hypochondriac’ to be kind of derogatory – people usually say it in a way that makes it sounds insulting. The thing is, people afflicted with health anxiety know they’re probably being dramatic. I say probably because, well, no matter how impossible it seems that I’ve got about four illnesses all at once – not including the one that no one in the entire world has discovered yet – there’s still a tiny part of me that’s like€¦ what if? People make it so hard to talk about that when I do try to talk about it, I end up laughing it off and calling myself ‘such a hypochondriac’ as a defence mechanism.

My earliest experience with health anxiety was at fourteen. For reasons unknown, I decided to inspect my body and found that one of my ribs poked out more than the other. Am I aware of how random and ridiculous that sounds? Completely. After much googling (the worst thing you could possibly do, BTW) I was convinced I was dying. I proceeded to absolutely lose my shit and pour my heart out to my parents. It was then that they sat me down and gave me a much needed talk. I was told that no one’s bodies are perfectly symmetrical and no two people are the same; an infuriatingly obvious fact that I still need to remind myself of today, as a twenty-two year old woman. At the time, this was sufficient evidence enough to put my mind at ease and I forgot about my wonky ribs and went on with my day. If only I knew that as I got older, my bodily worries wouldn’t be so easily resolved. 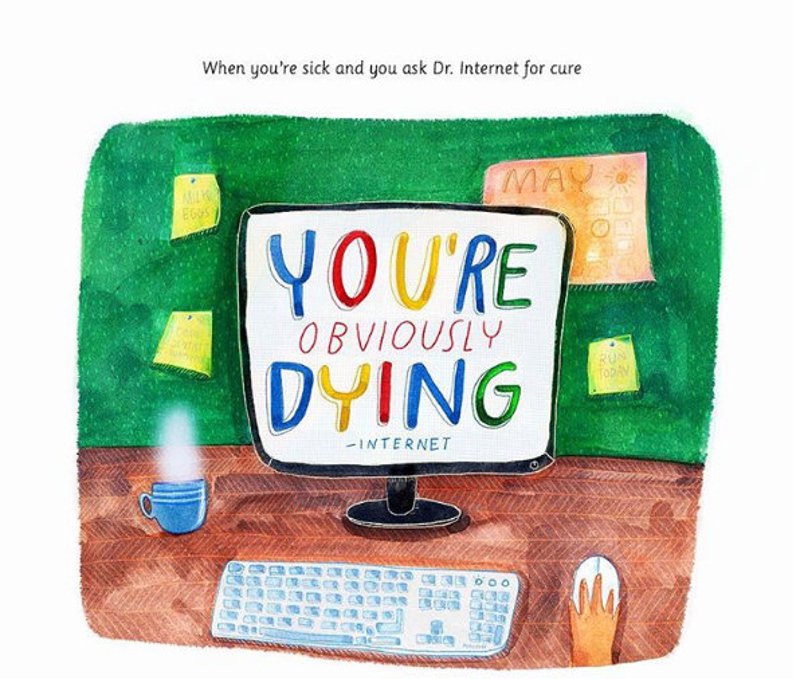 Puberty is a confusing time in itself; your body and mind are in constant upheaval. Add family members being misdiagnosed, diagnosed with and passing away from cancer to the mix and it’s easy to pinpoint the route of my anxiety. As I’ve gotten older and slightly more knowledgeable, it’s basically impossible to avoid at least hearing about people getting sick and/or dying. As morbid as that sounds, it’s even more so for someone with health anxiety that’s adopted the coping method I have.

I’ve found that there are two main ways of ‘managing’ health anxiety; one slightly healthier than the other. The healthier one is that at first sign of any worrisome symptom, you rush to the doctor and continue to do so until you have peace of mind. The unhealthier coping mechanism is literally avoiding any and all things to do with illness – A&E TV shows, hospitals, doctors surgeries and people who are sick (because who wants a physical reminder of their worst fear?); a form of denial, if you will.

Unfortunately for me, the latter of the two is mine. I’ve literally stopped watching my favourite TV shows because it features someone who had gotten ill. I don’t go to the doctors in fear of being told the worst, which I’m aware is not only irrational but the absolute wrong thing to do. What if I did actually have something sinister wrong with me and I refused to go get checked out? It’s my biggest conflict and worst fear. Even writing about my anxiety is difficult because it means thinking about the things I’m most scared of.

The last time I went to the doctors about something I was really worried about was around four years ago. It was also the time I realised my worries are more than just ‘normal’ worries and that I actually have an anxiety disorder. I had a strange ‘feeling’ in my lower left abdomen and had been referred to the hospital to have an ultrasound – because I repeatedly asked for one, might I add. Let me start by saying that as someone who pees A LOT, being told I hadn’t drank enough water to have my ultrasound yet was absolutely mortifying – I literally felt like I was about to burst. So, after pacing around the waiting room like a lunatic, chugging what felt like gallons of water and putting all the pregnant ladies on edge, I finally had the ultrasound.

As you’ve probably guessed – SPOILER ALERT – there was nothing wrong with me.

I was so adamant that there was something wrong that I bawled my eyes out to the doctor carrying out my ultrasound. I told her that I thought I had ovarian cancer (I was seventeen at the time) and I wish I could have filmed her reaction. The ultrasound technician told me to steer clear of Google and that my ovaries were very much intact, basically. Despite the literal proof before my eyes and everything the doctor said, I was still worried. I quit college a couple months before graduating because the fear that I was ill was so debilitating that I couldn’t properly focus on anything else. Every second of every day was filled with fear and when I wasn’t thinking about the fear itself, I was playing devil’s advocate with myself, trying desperately to believe that I was fine. A few weeks went by and the ‘feeling’ just disappeared – was it all in my head? Probably… but it felt very real. 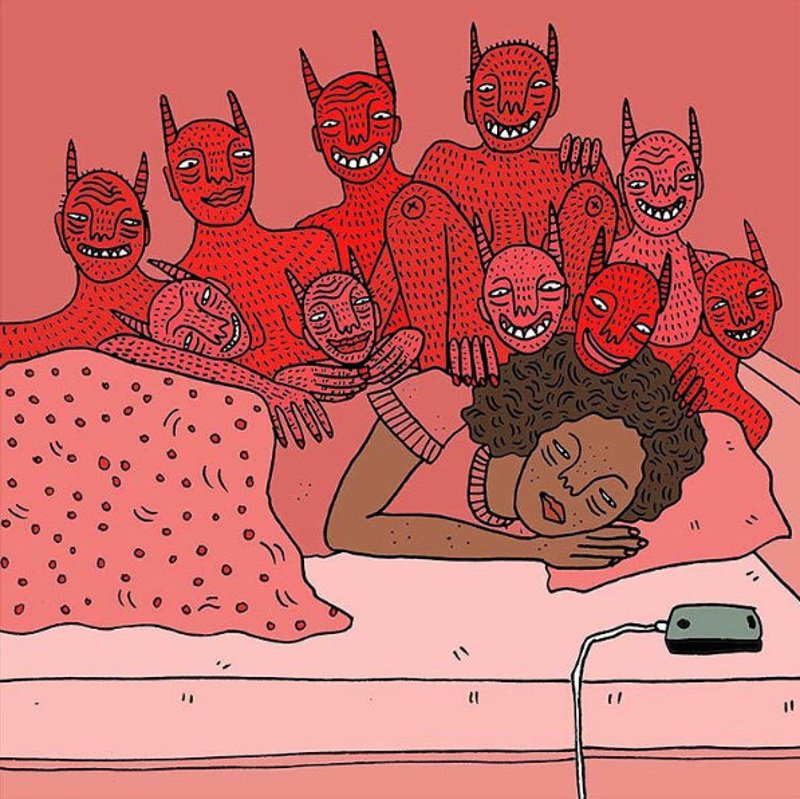 For those of you that may be going through what I’m going through, believe me when I say it can get better. As someone who has ‘lived’ with this anxiety for eight years, I absolutely understand how easy it is to put a pause on your life – but you shouldn’t. I say ‘lived’ because, well, if you’re spending every single day of every single year in fear, are you really living? Try your hardest to keep a routine. Go to sleep early(ish) and wake up early(ish). I’m a notorious night owl so going to sleep early is super tough for me, especially when my dark thoughts seem to thrive at night. When I do manage a good routine, my mind is so much clearer for it. Talking to loved ones helps heaps, too. Reach out to people you trust but don’t expect them to have all the answers. Anxiety is so common yet so hard to express, especially for those that have never experienced it. Be patient with yourself and those around you and I promise things will start looking up eventually. If you feel like you are really not managing, ask your doctor to refer you to a councillor.