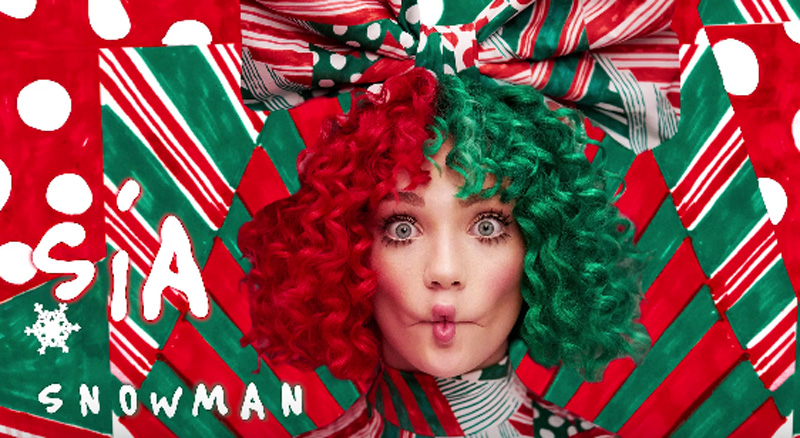 | Sia songs, with a hint of christmas spirit and a sparkly red bow on top. A change from the usual Mr. Buble this xmas time!

Every year, the same old Christmas songs play over and over again. Michael Buble, Wham!, Mariah Carey, The Pogues…. it’s about time we had something new blasting from every shop on the high street.

Well, modern queen of pop Sia has answered our Christmas prayers with not one but two brand new songs, Snowman and Santa’s Coming For Us, as part of her upcoming original Christmas album, Everyday Is Christmas!

In a recent interview with Zane Lowe, Sia talked about the new album:

"I thought we had a bit of a shortage of good Christmas music. There’s obviously the classics and stuff, but anything new, I wasn’t vibing that much on it. I just was having so much fun, because it’s already there, all of the concepts, you just have to expand on them. It’s not like you have to have an original idea to begin with. It’s like, Christmas, mistletoe, ho-ho-ho, Santa Claus, Christmas list, elves. You’ve got all of the subject matter.It was easy and fun. So, we did it in two weeks. And I couldn’t stop writing new songs – so, I ended up with an original album by accident."

Day In The Life Of: Editor and Chief, Amanda Davies

Listen to the first two single releases below and let us know what you think!

Santa’s Coming For Us