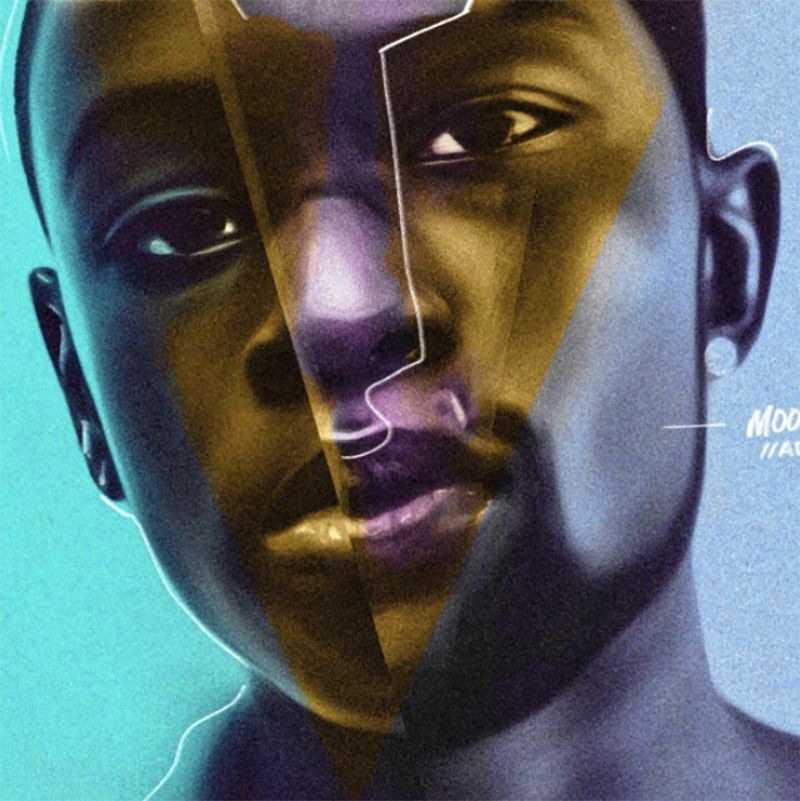 Before it kicked off last night, President Trump had already made his opinions on the Oscars known: he wouldn’t be watching. It served as a perfect opportunity, then, for host Jimmy Kimmel to go on the offensive. He acknowledged the political elephant in the room early in the evening, telling the live audience in his opening speech that they were currently being €œwatched by millions of Americans, and around the world by more than 225 countries that now hate us,€ and he accused the President of racism before, on a more lighthearted note, pointing out that even Hollywood was discriminatory. €œWe don’t discriminate against people based on what countries they come from. We discriminate against them based on their age and weight,€ he jibed.

However, Kimmel’s statements fell flat in the face of Moonlight – which beat La La Land to the Best Picture award. Given that last year’s Oscars was marred by accusations of racism in Hollywood, Moonlight‘s win was a triumphant, milestone moment for black cinema. On top of this, one member of the film’s cast, Mahershala Ali, made history as he became the first Muslim actor to win an Oscar.

Moonlight had lowest box office revenue of all Best Picture nominees, past and present, which makes its wins even more impressive (no doubt those box office figures will creep up very quickly!). Needless to say, the team behind the powerful coming-of-age drama were thrilled. When accepting his award for Best Adapted Screenplay for Moonlight, alongside director Barry Jenkins, playwright Tarell Alvin McCraney had some powerful words to say: "This goes out to all those black and brown boys and girls and non-gender-conforming who don’t see themselves. We’re trying to show you you and us." 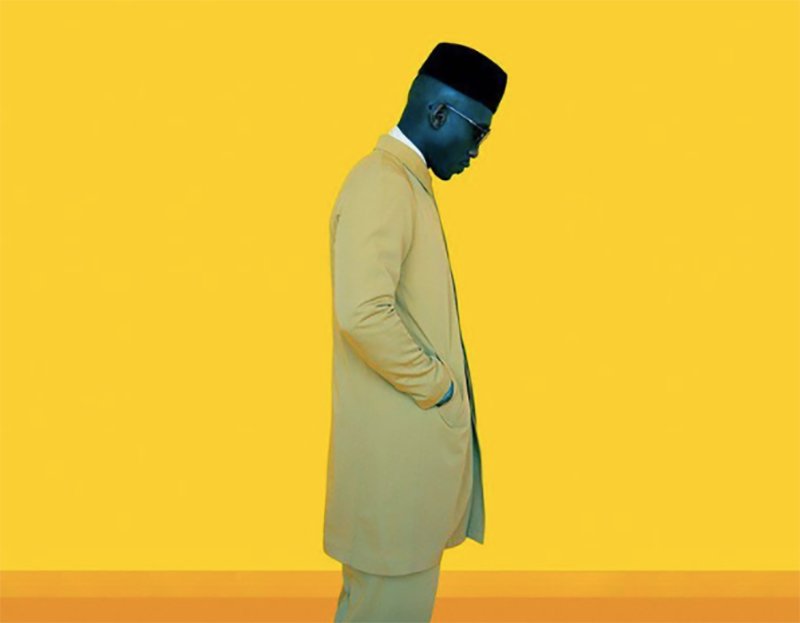 It wasn’t just the Moonlight team working to break down barriers in the face of adversity. When presenting the award for Best Animated Feature Film, Mexican actor Gael Garcia Bernal said that, €œas a human being, I’m against any form of wall that wants to separate us.€

Iranian director Asghar Farhadi boycotted the ceremony out of respect for his country, and six other countries who had also been €œdisrespect[ed] by the inhumane law that bans the entry of immigrants to the US,€ dubbing Trump’s new regulations as €œa deceitful justification of aggression and war.€ Because of this, Farhadi was not able to collect his Oscar for Best Foreign Language Film. 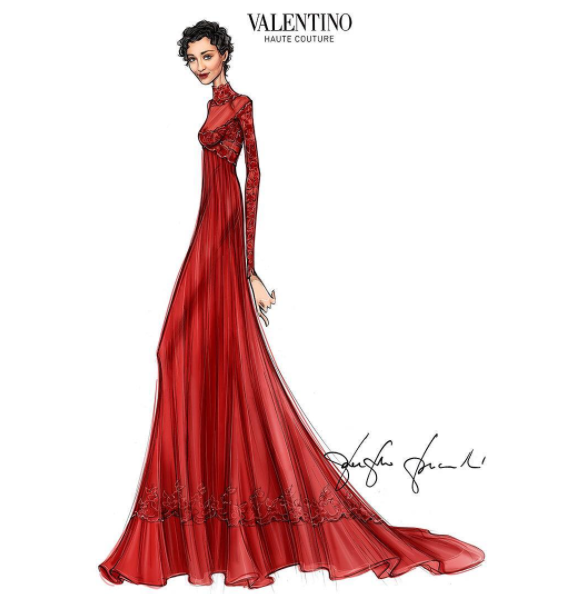 Elsewhere, some stars used their red carpet fashion as an opportunity to make their political opinions heard. Moonlight director Barry Jenkins, actress Ruth Negga (see above for a sketch of her dreamy custom Valentino), model Karlie Kloss and composer Lin-Manuel Miranda wore blue ribbons on their outfits to show their support for the American Civil Liberties Union, a civil rights charity that has enjoyed a surge in support since Trump’s election. Meanwhile Emma Stone and Dakota Johnson accessorised their gold dresses with Planned Parenthood pins, and director Ava Duvernay chose to wear a full-skirted grey lace dress by Ashi Studio – based in Lebanon, a majority Muslim country – as a "small sign of solidarity." 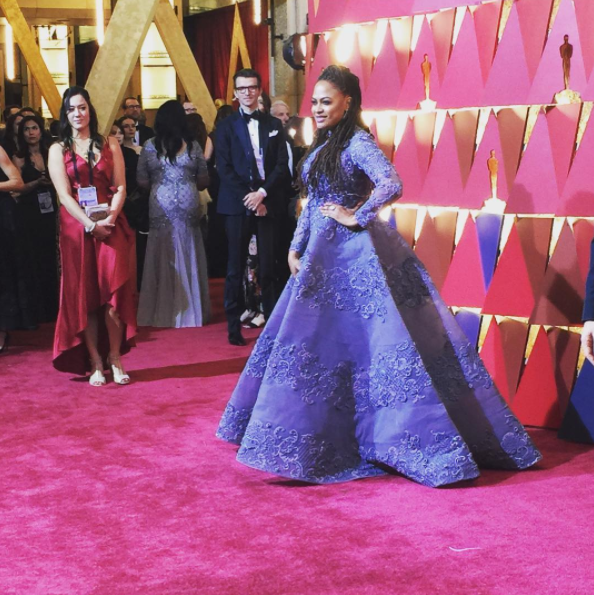 Meryl Streep called Trump a €œbully€ at this year’s Golden Globes (Trump hit back on Twitter, naturally, dubbing Streep, the most-nominated performer in Oscars history, €œoverrated€), so we wouldn’t have been surprised if the legendary actress used the red carpet as a platform to further her political views. She didn’t, it turns out, but her choice of clothes ended up speaking volumes for different reasons. Last week, Karl Lagerfeld told WWD that Streep was set to wear custom Chanel couture to the Oscars, but had cancelled her order as another design house was paying her to wear one of its dresses. On the eve of the Oscars, Streep lashed out at Lagerfeld, claiming he was lying. Thus she turned up last night wearing Elie Saab couture.

"Nice dress. Is that an Ivanka?" Kimmel asked Streep as she sat silently in the audience, choosing to keep shtum on this occasion. 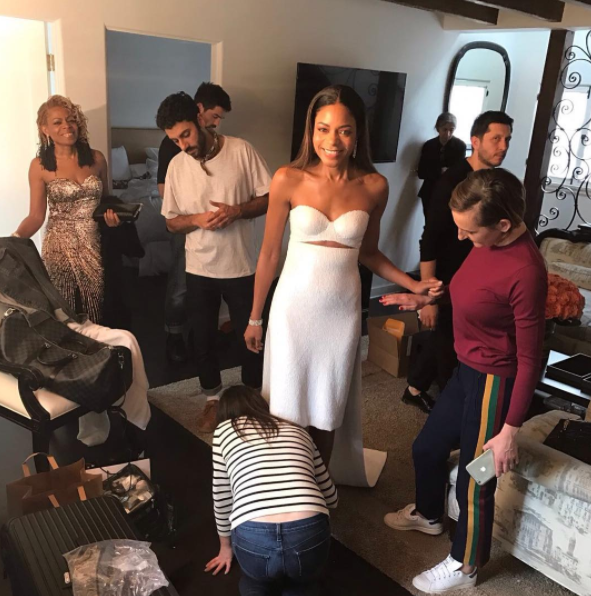 Politically motivated speeches and dressing aside, there were many other stunning dresses on the red carpet – some of which we can’t help but mention. Naomi Harris slayed in Calvin Klein (the first of Raf Simons’s designs for the brand to appear on a red carpet!); Dakota Johnson, who also wore a Planned Parenthood pin, rocked a full-coverage gold goddess dress by Gucci; Manchester by the Sea star Michelle Williams channeled Jean Seberg in glorious Louis Vuitton, and Ciara nailed pregnancy chic in a sparkling custom gown from August Getty Atelier. 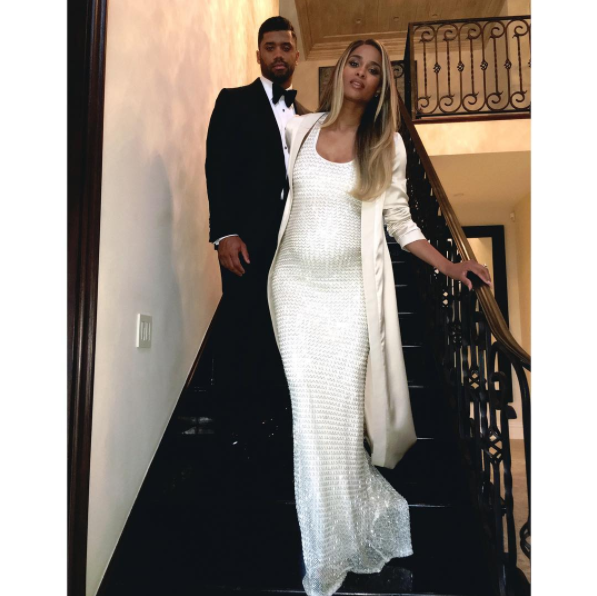