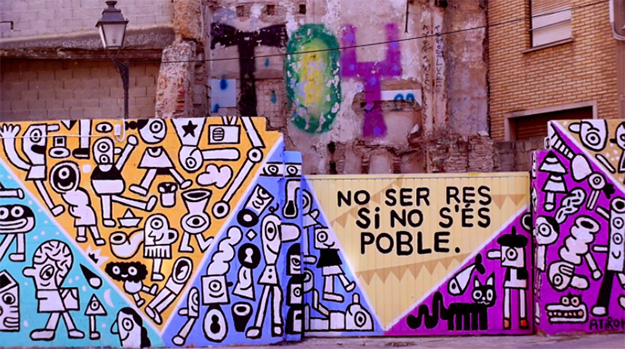 This short film about the all-girl street art revolution led by the graffiti gals was part of the official selection for NFFTY (The National Film Festival for Talented Youth) and for the Future of Feminism Film Festival, both in 2017.

Following the female artists around the historic Mediterranean town, we are shown the hundreds of unique graffiti pieces on buildings both old and new. One wall tag states in bold black capitals:

Another great artwork, as seen in this post’s header image, is a stunning mural with a line from famous Valencian poet Vincent Andrés Estellés:

Why you should live in a tiny house

(Be nothing, if not human/Be nothing unless you are the people)

Watch the video below for a beautiful insight into the world of the Graffiti Gals….