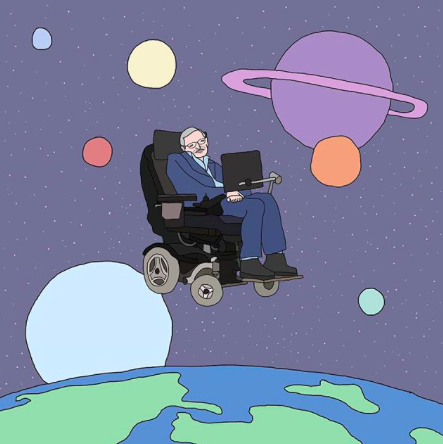 The Who’s Who of The Scottish Style Awards

| There is power in perseverance: Stephen Hawking’s lesson in the value of persevering through the things that you have no control over.

I don’t know about you, but the news of Stephen Hawking’s death today has hit me with a strange sadness that feels especially poignant; I am so honoured to have been alive at the same time as such an undeniably intelligent and otherwordly mind, and to have his knowledge embedded in the legacy of the century I am lucky enough to have lived through. The most striking thing to me today though, is not just his incredible achievements, but in fact the very existence of those achievements- no, triumphs- of human endeavour in the face of overwhelming odds; a lesson to us all in unbreakable perserverance.

Right up until the meaning of his passing last night, Stephen Hawking is a brilliant example of how to be your best self, no matter the challenge facing you. He didn’t ever give up on either himself or his work; despite being faced with the prospect of an early death since the day of his ALS diagnosis.

He inspired generations; his lasting influence on STEM (science, technology, engineering and mathematics) as well as his confidence in continuing to make a difference despite his condition acting as a role model for the disabled. Hawking has shown time after time that the daily battle with our internal critic, especially around ideas of identity, is not impossible to overcome.

Words couldn’t begin to describe the loss that the global community feels today now that the world’s most famous physicist has gone, but they can help us understand the breadth of his influence on our knowledge of the universe and of humanity. So let us remember Hawking as the legend he was with these 5 quotes from those who knew and loved him.