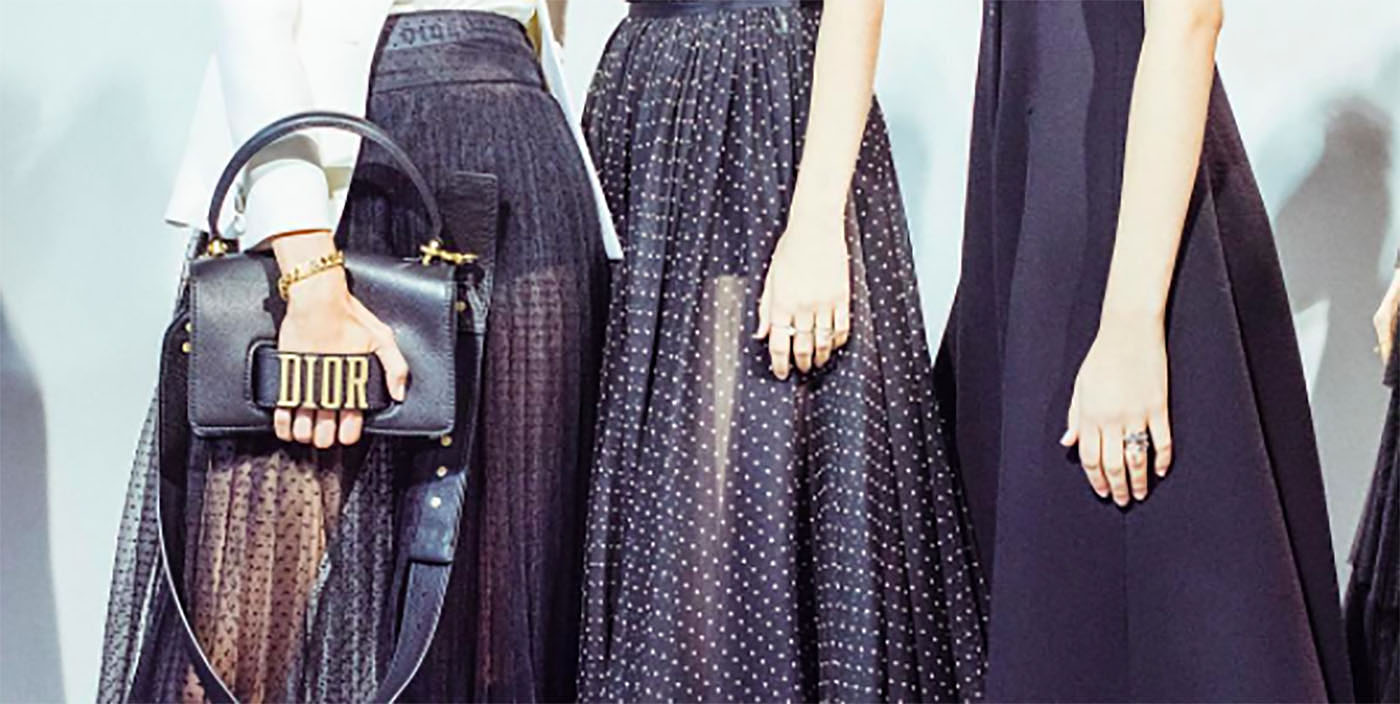 We blame the speed of the internet – along with the ‘see-now, buy-now’ phenomenon shaping the fashion industry – for making us greedy consumers. We see something on the catwalk and we want it straight away. We’re all about instant gratification; all of a sudden, waiting six months to buy into all the lovely trends we see on the runway doesn’t seem so appealing. Believe it or not, it’s pretty simple to adapt next spring’s trends into your current autumn/winter wardrobe. Here, we take a look at some of the SS17 trends that you can buy into easily without having to spend a fortune. Just think of it as forward-planning. 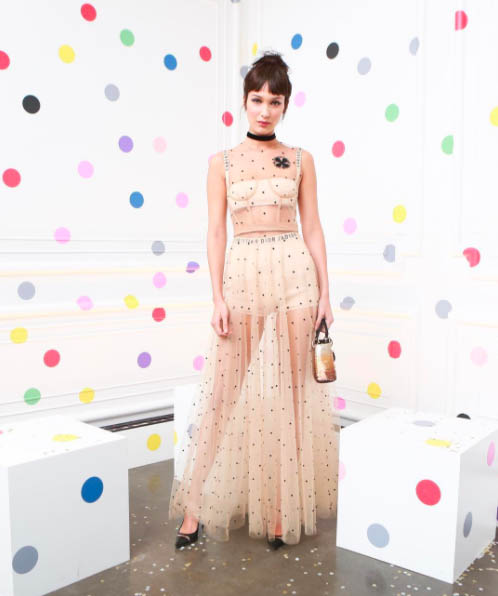 Forget chokers: the freshest way to update a bandeau neckline is to, er, show off your bra straps. Maria Grazia Chiuri’s vision for Dior saw delicate gowns paired with stand-out logoed straps. While you may not be down for pulling a swishy red bandeau dress on over your favourite white sports bra, this trend can be interpreted more subtly. For a more cold weather-appropriate look, find a black bra with logo-straps and wear it with your favourite strapless dress or top. For those averse to logos, the market is currently flooded with beautiful lingerie that has definitely been designed to be shown off – we love For Love & Lemons’ delicate pieces. ASOS also has a huge range of lacy, strappy bras that deliver the same amount of drama but for a cheaper price. 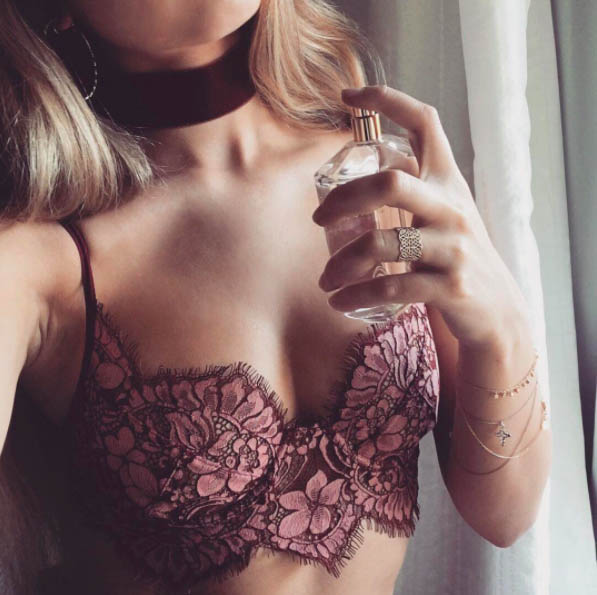 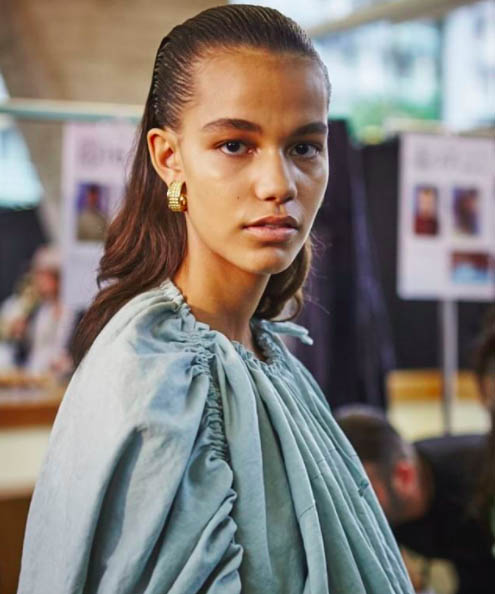 Lovers of clean lines and simple shapes may wish to look away now, but ruffles seem set to continue to pop up on everything, even once we’ve headed into the warmer seasons next year. We spotted ruffles on several SS17 catwalks – Chloé, Alexander McQueen and Loewe were just some of the brands clearly taking style notes from Leandra Medine. As you can’t walk down the high street without spotting a ruffled jumper of some sort, you’ve little excuse to ignore this trend. We love & Other Stories’ subtle takes on the trend (try their lightly ruffled LBDs if you’re feeling cautious) and, at the other end of the spectrum, Paper London’s larger-than-life frills. 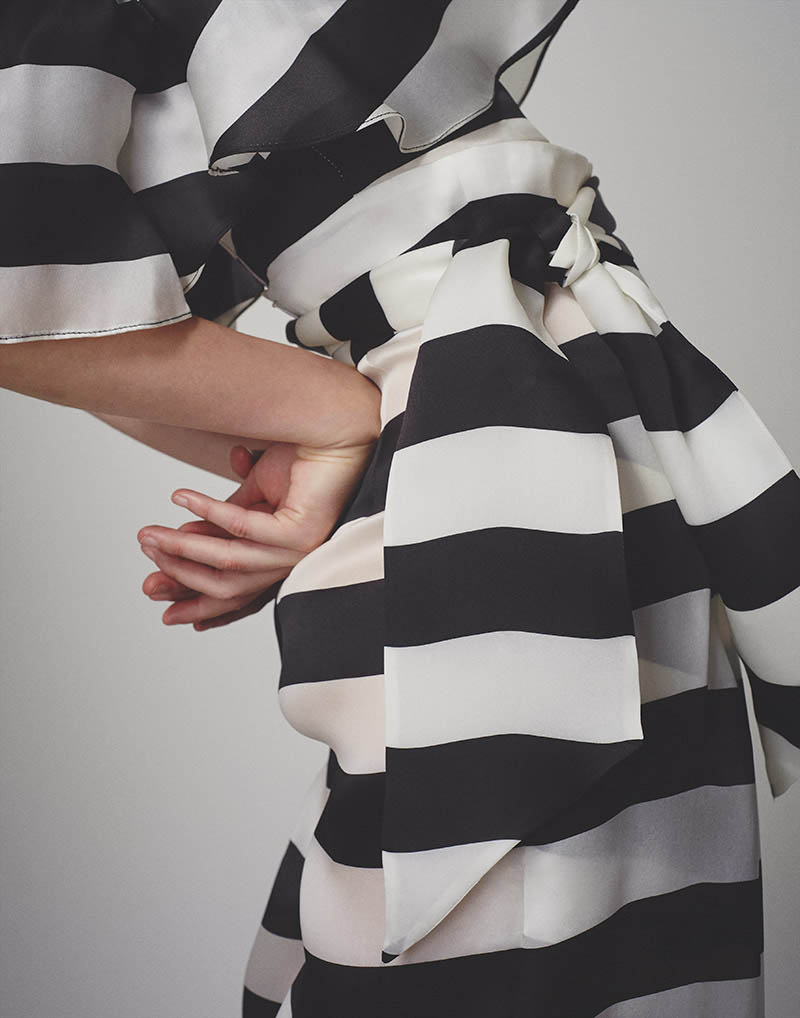 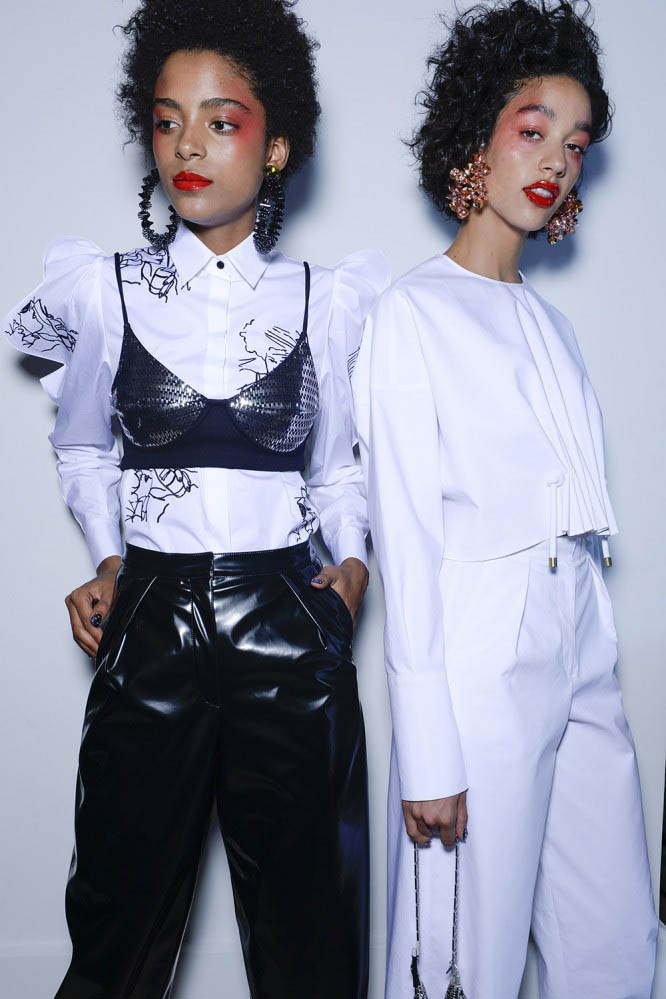 And now for another lingerie-fuelled trend: bralettes. Sure, they’ve been around forever and, teamed with high-waisted trousers or a pencil skirt, have long been the go-to uniform for party girls. However, the fashion gods have spoken and they’ve dictated that bralettes are going to continue going strong in SS17, but styled in an arguably more fashion-forward way. Giambattista Valli, Prada and Kenzo showed bralettes in various forms, mainly black, lacy, pulled over the top of button-up shirts and puff-sleeve blouses or just worn alone with an oversized jacket on top. 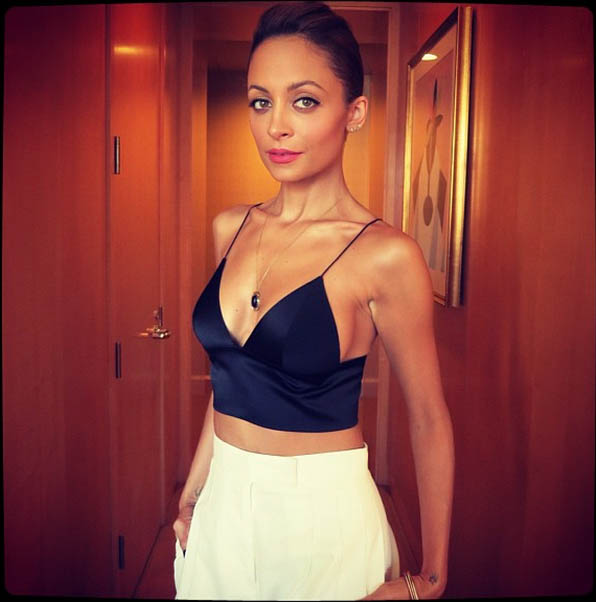 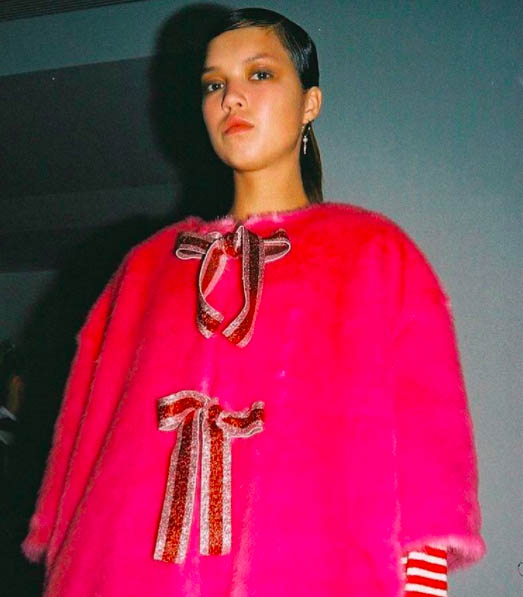 It’s one of the most divisive colours to wear, but pink – running the gamut from Pepto Bismol-esque brights to soft, blush shades – is a major SS17 trend. We know this because Phoebe Philo said so, along with Karl Lagerfeld, Demna Gvasalia, Riccardo Tisci€¦ the list goes on. If you’re terrified of pink, stick to its lighter, less attention-grabbing shades, which could even be mistaken for creams or beiges in the right light; Whistles’ current-season double-breasted coat, in an inoffensive shade of baby pink, and Zara’s slinky salmon separates are good departure points. If you want something wilder on the cheap, try H&M and Topshop: both are full of hot pink beauties this season, and no doubt will be come spring, too. 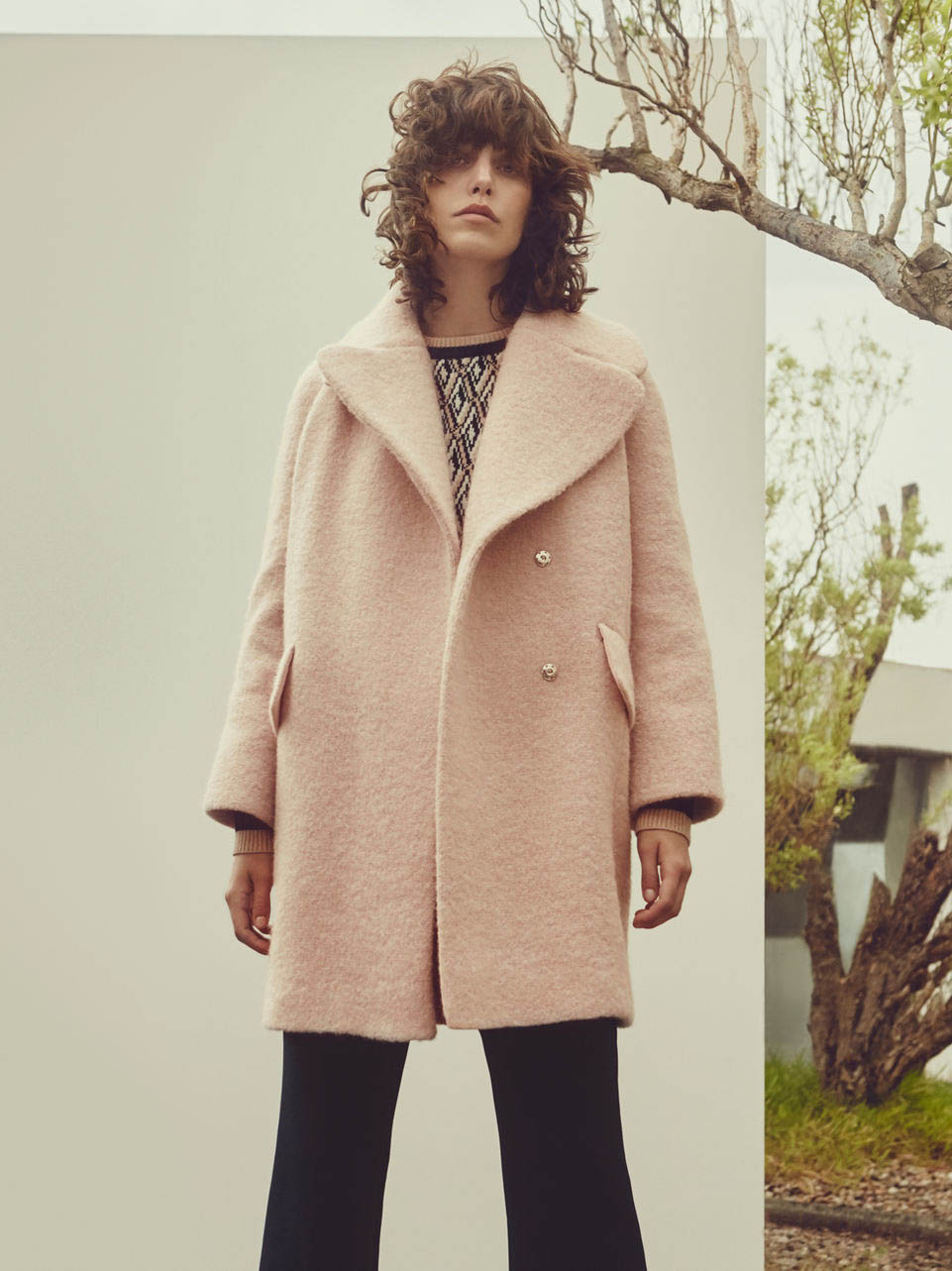