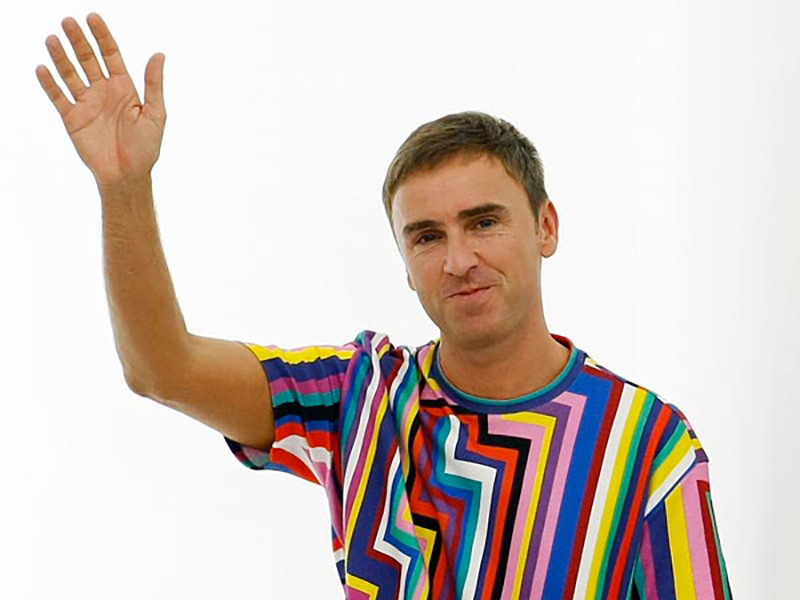 The Lowdown on Laser Tattoo Removal: Part One

| Menswear designer Raf Simons launched his label in 1995 and his recent Raf Simons & Adidas collaboration is just as successful as his work was 20 years ago.

Some of you may know Raf Simons as the heralded contemporary menswear label, others will know him from minimalist German fashion house Jil Sander. Some may know Raf Simons from the legendary documentary Dior and I on Netflix, or from his recent appointment as chief creative at American luxury brand Calvin Klein.

But who is the man behind the name?

A graduate of the Antwerp Royal Academy of Fine Arts, a school who’s fashion department produced the famous Antwerp Six (Dries Van Noten, Ann Demeulemeester, Dirk Van Saene, Walter Van Beirendonck, Dirk Bikkembergs and Marina Yee), Raf Simons is a huge fashion success story, despite actually studying furniture design. It just goes to show that triumph in the fashion industry can be achieved through non-traditional paths, and there is more crossover in different disciplines of the arts than you might think.

Starting out his career in 1995, the designer launched his eponymous label, still thriving today by creating edgy, new wave designs for the new urban male fashion consumer. Raf Simons didn’t even open retail stores until 2008, or shoot its first official advertising campaign (by the legendary Willy Vanderperre) until 2009, but has retained its reputation for strong shape, form and quality, and cool collaborations with modern, youthful brands and designers.

Meanwhile, Simons worked as a fashion professor at an arts school in Vienna, then creatively directed menswear and womenswear at Jil Sander, then artistically directed haute couture and ready to wear at Dior, and now acts as the hugely anticipated role of Chief Creative Officer at Calvin Klein, overseeing all aspects of Design, Global Marketing and Communications, and Visual Creative Services. Tired yet?

One thing that strikes me when researching Raf Simons’ extensive fashion CV is that there must be so much on his plate all at once. When Simons infamously left his position at Christian Dior, he states €œIt is a decision based entirely and equally on my desire to focus on other interests in my life, including my own brand, and the passions that drive me outside my work.€ But what are his passions that drive him to work so hard? The internet is strangely quiet on the subject. And is the elusive creative focussing on his own label, or being distracted by new projects at Calvin Klein. Is it better to stay eponymous or work for bigger brands?

Fashion’s never-ending game of musical chairs makes the exhausted among us, well, more exhausted. Raf Simons, in my opinion, is one of the industry’s great multi-taskers, second only to the legend Karl Lagerfeld. The ability to remain fiercely independent with a strong recognisable aesthetic is hugely admirable, but for how long is it sustainable, before the sense of individuality and creativity is lost?