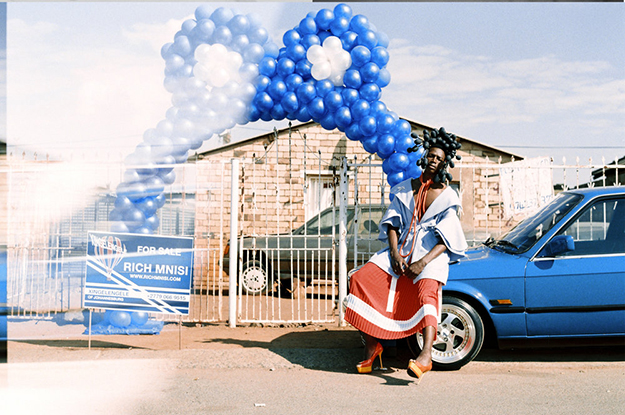 35 Of The Best Halloween Costume Ideas As Told By Instagram

| Transgender in South Africa: defeating all of the traditional perceptions of African heritage.

Rich Mnisi is a contemporary designer and founder of his eponymous fashion brand since 2014. His aesthetic, very much inspired by pop culture, is bold, colourful and unapologetic, with an undeniable modernity and androgyny to it’s silhouette and shape.

Whilst in a local fabric store, Rich comments on how he often perceives an expectation upon young black designers to interpret African heritage and represent a united African message, but there are over 2,000 extremely diverse tribes on the continent, so there is no one way to tell a story. He also discusses his sexuality in a very candid manner, saying that and how he feels that if a straight person shouldn’t have to come out of the closet then a gay person shouldn’t have to.

Where to Buy Ethical and Sustainable Underwear

Luke van der Burg is one of South Africa’s only transgender models. Luke’s instagram profile biography states that she is’a transgender princess of darkness’. In a hair salon with Mykki in Johannesburg, Luke tells the story of how she began modelling for Rich Mnisi’s lookbooks, and later became more confident in her gender identity. Luke feels that life is too short to spend your time pleasing others, and so decided to transition purely for her own pleasure. Luke is proud of her role as a "well endowed woman", and doesn’t feel any particular difficulty or adversity expressing gender and sexuality in South Africa.

Watch the video below to find out more about Mykki, Rich and Luke, and watch the exclusive behind-the-scenes fashion shoot footage.