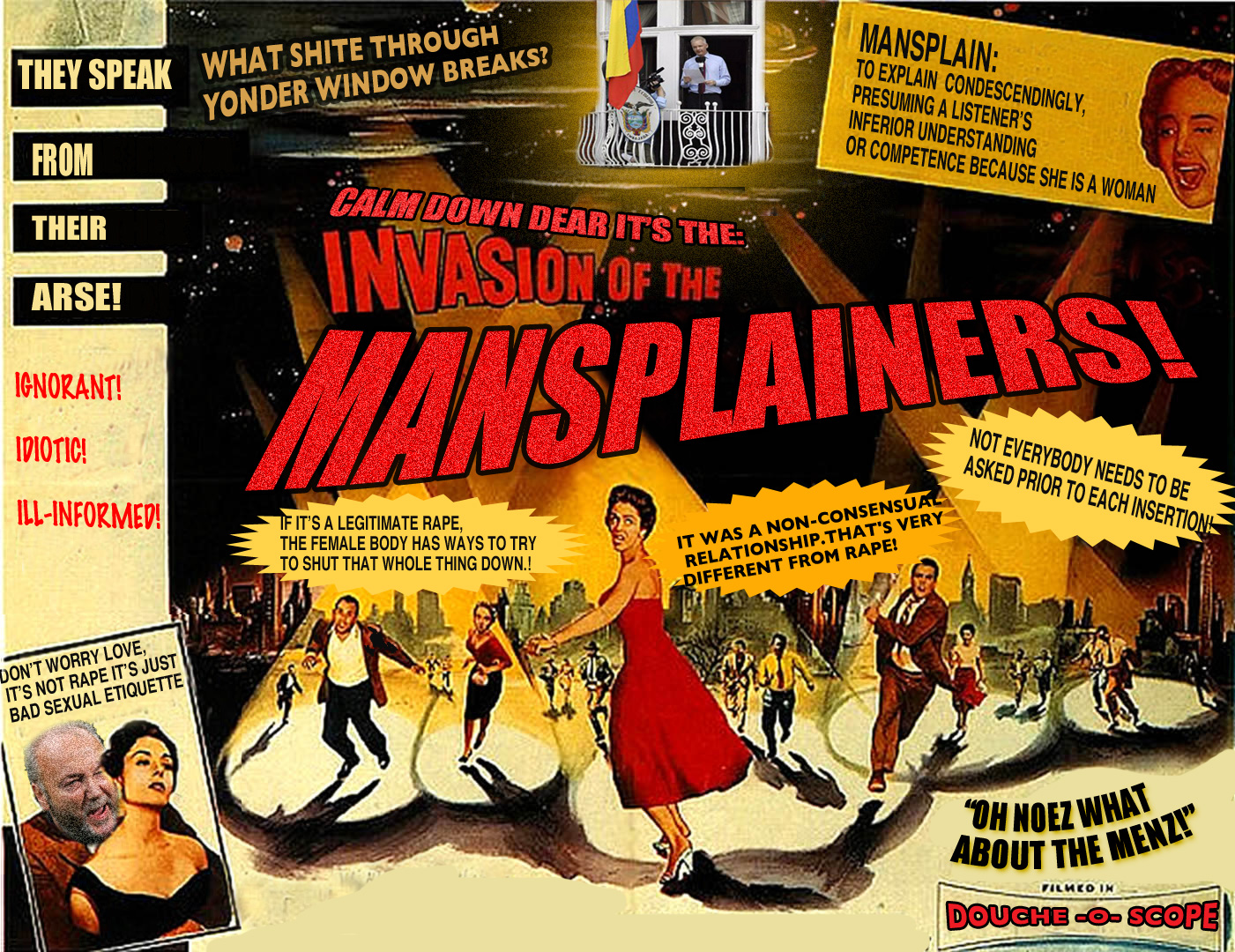 Exploring the Future of Perfume with Olfiction

| Take your mansplaination elsewhere and let me teach you how to multi-task.


I used to work in a comic book shop. Which as far as jobs go is pretty god damn unremarkable. Until you realise you’re a woman. Working in a comic book shop. And today, someone’s going to teach you about comics, or try and teach you about comics. Not have a conversation. No no, they are going to talk at you – name dropping some of the most prolific artists, writers working in the industry, iconic and current running story arcs, and expecting you not to know a damn thing. Except, I spent my university years covering topics like the oligopoly of the comic book industry, and my lunch breaks reading any trade I could get my hands on. The 40% discount? Tremendous and exploited. But, because I was a woman, in a comic book shop, I had to have comics explained to me.

So another angry feminist think-piece about mansplaining. I can almost hear your eye rolls from the back. Yeah, yeah, we get it. Mansplaining bad. Feminism good. Cut to the chase already. Except it’s 2017 and we’re still having to have these conversations. In our offices, our peer groups and online. We can’t just cut to the chase. And the whole insidiousness about it? Mansplaining is all behind this feigned veil of helpfulness. Of generosity. €œHey sweetie, you look lost, let me help you.€ Because of course we’re all maidens in castles waiting to be saved, and women just dying to have things explained to us. Or as Rebecca Solnit so aptly put it €œexplaining men still assume I am, in some sort of obscene impregnation metaphor, an empty vessel to be filled with their wisdom and knowledge.€ Fuck. That.

The problem however is less men and their perhaps misplaced (definitely misplaced) good intentions, but the societal constructs that have made mansplaining a €œthing.€ From women being taught that nice girls are quiet and polite – raise your hand, wait your turn to speak; while men are instead encouraged to be assertive, aggressive and with a healthy dose of self belief. I mean, after all, say anything with enough confidence and bluster and who’s going to doubt you? Is there anything more damaging than the creeping self doubt that follows hearing these two words: €œbut actually.€ Maybe you see red, but for me, mansplaining always was something that became something I was more aware of after the fact. The small gnawing that quickly becomes €œwait..did he seriously?€ Well fuck it, I’m sick of being a nice girl.

Mansplaining harms all of us. It is at it’s core, a small performance of male entitlement, an everyday micro-agression designed by it’s very nature to reinforce traditional gender narratives. It’s hostile and absolutely needs to be called out. From the friend who had a guy try teach her about feminism on tinder (cool….a woke bro) to the male colleague offering unsolicited business advice, it’s a constant wall of noise that tells you that you’re not good enough. Surprise pals. Already got that covered. That added little sliver of self-doubt was not needed brought to the table. Then you’ve got men on twitter explaining thermo-dynamics to an an astronaut, or the plethora of male journalists who all of sudden had to explain Taylor Swift’s 1989, to Taylor Swift, after Ryan Adams covering it. Cool

The danger is that it just assumes a status quo of male authority on everything. Of knowing better. I am however not saying I’m not open to conversation. Disagree with me. Argue with me. Talk to me not at me. Cause the condescending bullshit of mansplaining? Does fuck all for either of us. If anything it perpetuates stereotypes, limits any real tangible growth and learning and is straight up stupid.

You want to engage with feminism guys? Listen. Don’t tell women what is and what isn’t domestic violence, lecture us about "legitimate rape" or explain that there is no female brand ambassadors because photography is a male dominated industry. Listen. Have opinions, of course. Please DO. It’s what makes our culture so enriching and vital and inspiring, but also realise a few things – people might not care about what you have to say. Or you could be wrong. And that’s okay. The way we deal with mansplaining is by tackling it together. It’s women having the confidence to call it out. It challenges toxic masculinity and misinformation and instead should (ideal world scenario) encourage learning and openness.