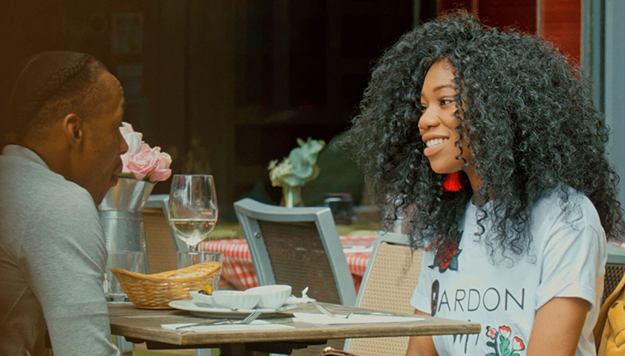 | Speed dating but its a speedy clothes change instead. River Island’s new campaign will make you wish they would make a tv series to go with their clothes.

Three female actresses were hired to go on the real dates (from a long term relationship to an actual first meet), but then gradually changed their looks throughout the course of the evening. The responses of their male company were secretly filmed.

“Do you notice the little things that change right before your eyes? Scientists have been studying ‘change blindness’ for decades, and we at River Island decided to throw on our lab coats and put the phenomenon to the test.”

The campaign is accompanied by editorial helping shoppers find outfits to wear on a date, as well as a competition for them to win a trip to Paris and a £200 shopping spree in the River Island Style Studio.

"We set up different date scenarios, from a long term relationship to a first date, to see whether the guys would notice if their partner completely changed their outfit. Using our sassy actresses and their unwitting other halves, we asked the girls to gradually change their ensemble, swapping out clothes and accessories throughout the rendezvous. Would the boys notice? Watch to find out…"