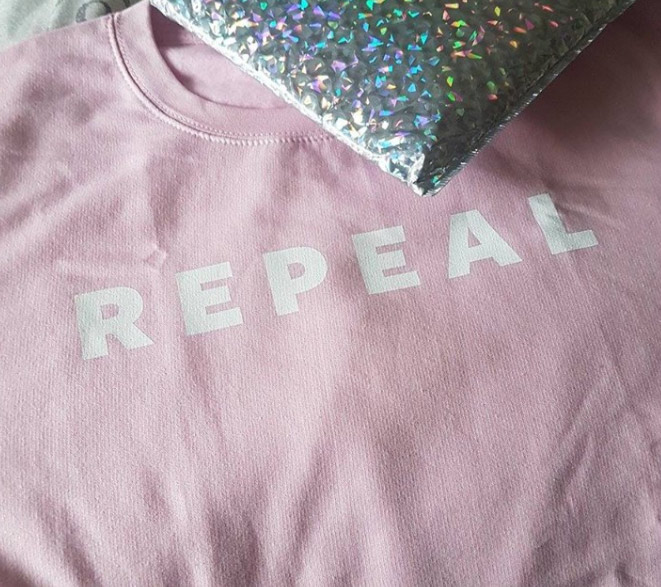 Versace Turns Its Back on Real Fur

In Ireland, the campaign to repeal the 8th Amendment – which currently bans abortion – has attracted some famous names. Vivienne Westwood is a supporter, as are U2. Irish designer Richard Malone caused controversy when he transformed Selfridge’s window display into a pro-repeal statement, and many high-profile Irish designers have been vocal in their support too. There’s even a hashtag: #FashionIsRepealing.

Unfortunately there should be another one: #EvangelistsAreSpending. Facebook has been forced to block all foreign spending on Irish abortion advertising after it emerged that overseas interests were chucking huge sums of money at the referendum. Google has introduced a similar block.

As The Guardian put it: “Foreign influence seemed particularly strong in messages urging Irish voters not to overturn the country’s near-total ban on terminating pregnancies.”

Facebook and Google are late to the party. Back in April, journalist Gavin Sheridan uncovered some very dodgy activity on YouTube. Anti-repeal messages purporting to be unbiased coverage were attracting massive online audiences even though Ireland isn’t a particularly big country, and the more he investigated the more odd activity he found on YouTube and on Facebook.

It’s quite the rabbit hole, and it appears to lead directly to US evangelical groups. Some, such as Human Life International, have been described as having “ties to violent anti-abortionists and extreme tactics”.

It seems that Russia isn’t the only example of social media being weaponised by people with deep pockets. US conservatives and evangelical groups appear to be channelling money and other resources into the Irish abortion referendum.

It’s not just Ireland, and it’s not just abortion. As Gaby Hinsliff writes in The Guardian, evangelicals attempted to use the tragic case of dying child Alfie Evans to advance their agenda. US anti-LGBTQ groups are attempting to sow anti-trans sentiment in a bid to weaken LGBTQ solidarity and roll back equal rights legislation – something that rather depressingly appears to be working in parts of America.

If you’re LGBTQ in the UK or Ireland you can’t fail to notice the heavy US presence in the comments on any vaguely LGBTQ-related topic on traditional media and in social media or the UK groups that seem to be copying the tactics of their US counterparts.

What used to be an American problem has become a global one: the culture wars that have long divided the US are being exported in yet another example of the internet turning out to be a terrible idea.

Inside the Industry- How to Build a Career in Fashion

We shouldn’t be surprised. After all, fashion is global now: what a celeb posts on Instagram in America soon appears in the fast fashion chains across the Atlantic. Style, music, entertainment and even politics have become global, so why wouldn’t intolerance go global too?

We’ve come a long way, and there’s lots to celebrate. We rightly celebrate the freedom of gender-fluid fashions, the beauty of Hari Nef, Andreja PejiÄ‡ and Teddy Quinlivan, the ever-improving representation of LGBTQ and gender non-conforming people in fashion and in the wider media landscape.

But whether we’re waving Pride flags or supporting the women who want to repeal the eighth amendment, we need to remember that the enemies of equality can shout just as loud – and that many of them have deep pockets.

They can afford to spend huge sums in their attempts to roll the clock backwards, and that means we can’t afford to be complacent.