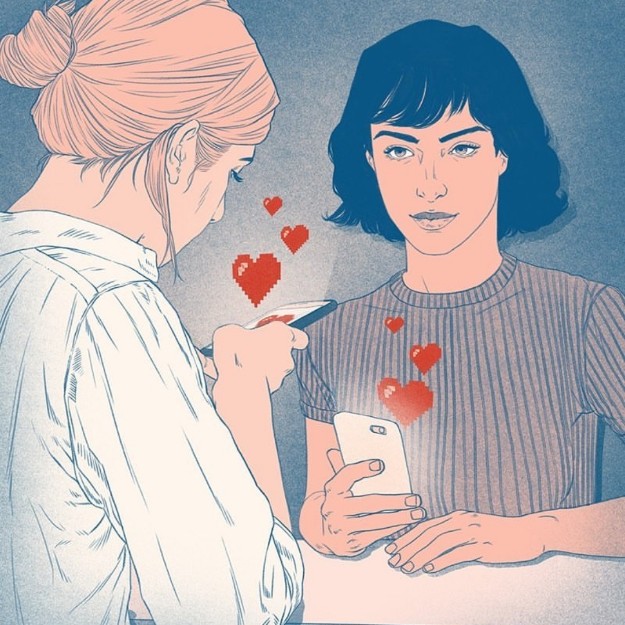 If I think about it, I’ve been online ‘dating’ since the early 2000s. I met my first boyfriend by exchanging an ‘A/S/L?’ in an AOL chat room, had a drama filled crush on a stereotypical guitar playing guy I met on FaceParty, and my sex life throughout my late teens and early 20s consisted solely of emo MySpace boys who’s profile song like ‘totally spoke to me’. But by some miracle, I’ve never been catfished. Well, not in the way you’d expect.

I was at a queer femme night with some friends when this stunning girl starting chatting to me at the bar. We got on really well and she was totally my type – dressed pretty plain and casual, was naturally beautiful with understated make-up. Classic girl next door kind of look. We sat ourselves down in a booth, ended up chatting for a couple of hours and excitedly exchanged numbers.

A week later I was out again and she messaged me saying she was staying in an apartment in the city if I wanted to come over. I’d been dancing to the early hours and the thought of getting the night train full of drunken fandans was not filling me with joy, so the thought of just walking down the road instead was definitely appealing. So I took my cute plain Jane up on her offer. She buzzed me up and I knocked on her door.

**I was greeted by a purple wig, a face full of make-up, a baby blue PVC mini dress, union jack leggings and glitter heels. ** 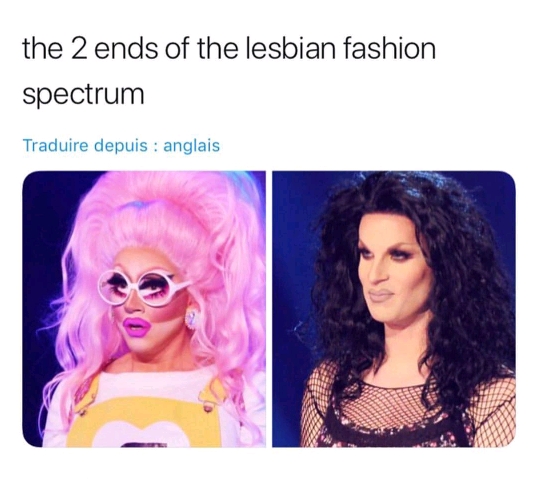 My classic beauty had transformed into someone Ru Paul would be proud of. Don’t get me wrong, she still looked amazing, and everyone is free to wear whatever they feel fabulous in. But the whole extroverted, in your face look just doesn’t float this introverted queer’s boat.

I went inside and spent the next little while completely confused as to where the girl I met at the bar last week had disappeared to. It’s one thing uploading a fake pic onto your dating profile, but I’d been catfished in real life. My simply stunning Dr Jekyll had morphed into a flamboyantly beautiful Ms Hyde.

Christmas Traditions, Where did They Come From?

We awkwardly watched some TV on the couch, our flowing banter from the week prior had also disappeared. And after a while, sensing that this probably wasn’t going anywhere, she offered me the spare bed to crash in for the night. Maybe she’d turn back once the sun came up? I didn’t wait to find out. I left a note to say thanks and slipped away before whichever of her identities woke up.

Have you been Catfished? Are you talking to someone online that’s acting suspicious? Get Nev and Max in the bin and let me investigate instead! Email me over on relationships@fashionfixdaily.com