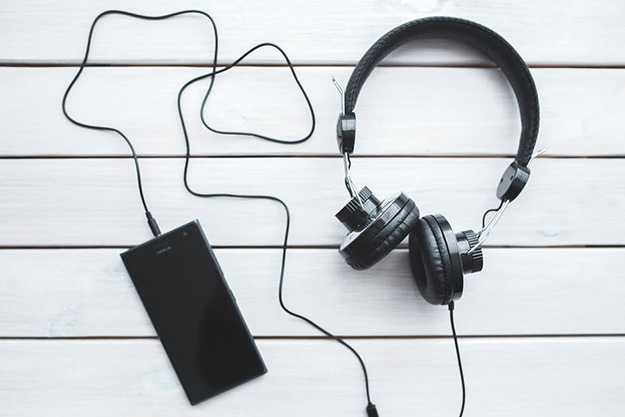 Almost everyone is listening to podcasts, but where the hell do you start? There is basically a podcast on every topic and new ones are being added daily, so rather than stress whilst poring over pages and pages of podcast listings, here is a handy little guide to get you going. Plus, a little shout out to my own podcast might be included, sorry ’bout it lol.

First of all, it goes without saying that this list is subjective (just like I subjectively believe that my own podcast, U Ok Hun? is the best, lol). When writing it I was trying to find the best or most popular podcast, but every best list is different and sites like iTunes aren’t always the best way to judge as the ranking tends to be full of BBC programmes. Now, while I’m sure some basics enjoy the evil media overlords of the BBC spewing more biased content at them, it completely goes against the true spirit of the podcast, which (in my opinion) should be original and creative independent media for your ear holes. So, here is my list of my personal favourite podcasts:

This is probably my favourite podcast on the list, The Dollop is basically an American History lesson, but hilarious. Created by two comedians, Dave Anthony and Gareth Reynolds, it’s probably best described as they do at the beginning of every episode: each week Dave Anthony reads a story from American history to Gareth Reynolds who has no idea what the topic is going to be about. Dave Anthony sources really interesting and at times insane stories from history, and all the while co-host Gareth is funny in so many ways, from his cluelessness, to his accents, to just his general hilarity.

Stuff You Should Know

Stuff You Should Know is hosted by Charles (Chuck) Bryant and Josh Clark, and while the two hosts aren’t the most spectacular personalities, the real gem here is the content. Part of the How Stuff Works family, they cover such a wide variety of topics, from fever dreams to cannibalism. Generally similar to the framework of How Stuff Works, they will discuss and explain topics you didn’t even know you were interested in, like the CIA torture manual, or how Friday the 13th works. This podcast presents information in a really easy and digestible manner, so even the heaviest topics are really easy to take in.

Lore is a pretty unique podcast and as of recently even became a TV show. Ultimately it is storytelling – atmospheric storytelling – told by host Aaron Mahnke alongside original composed music. Focusing on the dark historical tales that inform our superstitions or fears, they are basically scary stories featuring true crime, unusual places, horror, mysterious creatures and tragic events. Many of Lore’s stories I was familiar with, but the way it is presented gives them a fresh and interesting feel, and Lore can be genuinely scary, which, to be honest, I never thought I would say about a podcast. Like the clichéd idea of someone telling scary stories around a campfire, Lore presents these tales in the perfect manner to entertain, intrigue and at times scare.

Little tip with What’s the Tee?, don’t listen to it on a train full of people because you may laugh out loud and everyone will look at you like you are nuts. What’s the Tee is perfect for any Drag Race fan, but works even if you’re not familiar with it, as although they will occasionally have on Drag Queens from the show, it isn’t always focused on drag. From beauty and plastic surgery to pretty much every other subject on the planet, What’s the Tee basically makes you a fly on the wall of a conversation between RuPaul and Michelle Visage. These long-time pals can be everything from hilarious to truly inspiring. This may just be me but I find all Rupaul’s wisdom and advise spot on, and she has become my spiritual advisor, so listen for drag, listen for laughs or listen for life advice, what more could you want?

Last Podcast on the Left

When I first got into podcasts I really wanted to make my own, and I had the best idea for one… unfortunately it already existed, in the form of Last Podcast On The Left. A light-hearted journey through, as they put it, ‘all the horrors our world has to offer, both imagined and real’, LPOTL covers weird and wonderful topics from the spooky to the extra-terrestrial, even covering my favourite topic, CULTS! Although LPOTL is a comedy podcast, it’s always well researched which I really appreciate, and it’s not unusual for the hosts to take a dive into unusual source material, but they’re making a killing on Patreon and frequently perform live shows, so I guess that’s proof there’s some mass appeal in their strange and fantastical topics… hmm, maybe I should go with my own original podcast idea after all!

While My Favourite Murder isn’t the most factually accurate true crime podcast on the market, that is to be honest part of its charm. Hosted by comedians Karen Kilgariff and Georgia Hardstark, they spend each episode discussing their favourite true crime stories or survivor tales. While the hosts are never disrespectful, much of their murder discussions hilariously tend to centre around their own personal anxieties about being killed themselves – a safe exposure therapy of sorts – which really just adds to their relatability. Like I said accuracy isn’t really at the top of their priority list – at times they forget details of stories and even include a section in their show called “Corrections Corner” to fix any previous mistakes – so, if you want facts this ain’t for you, but if you want to feel like you have two girlfriends to talk murder with, then get listening.