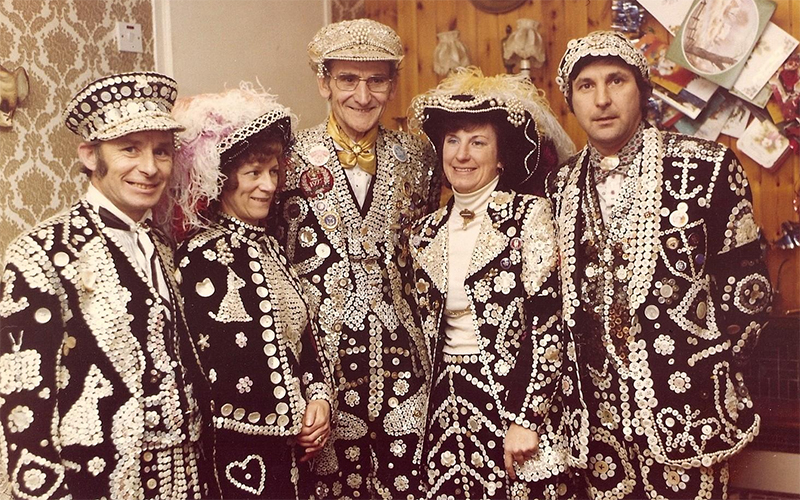 Dermaplaning – Everything You Need To Know

To have not be exposed to some sort of royal wedding news this year would have pretty much been impossible. Personally, I’m not a fan of the royals and yet I could barely go on the internet for the days around the nuptials between Harry and his American bride Meghan without being force-fed some British monarchist propaganda.

This got me thinking – rather than celebrate our monstrous royal overlords, we should really be paying homage to the real royals of the UK, Pearly Kings and Queens, who are not only far more socially conscious and beneficial to the nation, but the outfits are way better too.

While many are sort of vaguely familiar with the aesthetics of the Pearly Kings and Queens (or ‘Pearlies’ as they are referred to) most don’t know that their real driving force is actually charity work, and as the numbers of Pearlies dwindle we wanted to shine a little of that royal limelight on this very British institution.

Originating in 19th century Victorian London, this working-class subculture is easily identifiable by its distinctive mother-of-pearls buttons covering originally just men’s suits and accessories, but soon women were involved and a whole array of sartorial items would be adorned in these beautiful mother-of-pearl buttons.

The pioneer and I guess first Pearly King was an orphaned street sweeper named Henry Croft. A regular collector of money for various charities, he began creating a suit decorated and covered in buttons. The reason was simple: to make himself more noticeable while collecting money for charity. Mother-of-pearl buttons were chosen firstly for their obvious beauty, but also because they were readily available during Croft’s time, being mass produced at factories in the East End of London.

The inspiration for his suit is up for debate with some arguing that he was inspired by the costumes of singers and music hall entertainers, although the most prevalent theory is that he was inspired by street vendors of fruit and vegetables called costmongers. It was pretty common practice for costmongers to add decorative metal buttons to relatively plain clothes, presumably to help them sell their wares.

Whatever the inspiration Croft took it and really ran with it, creating himself what would come to be called a “smother” suit, completely covered in thousands of buttons, although he would go on to create “skeleton” suits which were a little less covered with the buttons being arranged in patterns. As the trend grew, the pattern of the buttons became more sophisticated with words and symbols being included. A heart meant charity, a wheel represented the circle of life, and playing cards were intended to illustrate that life is a gamble. As well as the suits, he would create a whole array of pearl adorned items, from belts, hats, ties and other accessories.

While I am personally a huge fan of ridiculously over accessorising an outfit just for the sake of it, the Pearlies were really driven by a more important reason. This was a period before the NHS, so charitable donations to local hospitals and orphanages were incredibly important. By 1911, the Pearlies had grown and all 28 metropolitan boroughs of London had their very own Pearly King, Queen or even family. Similar to the Royal family, these titles are hereditarily passed down through families. Children would be raised under the tradition of the Pearlies eventually earning their parent’s titles.

The Pearlies would go on to serve as a source of inspiration to many creatives; in particular, one of the greatest of his generation Judy Blame, who passed away recently, referenced the Pearly Kings and Queens consistently, from his work with accessorising with mother-of-pearl buttons to his infamous participation in Kylie Minogue’s look for the Queens Jubilee’s concert, in which she wore a Richard Nicoll jacket, playsuit and cap all customised by Blame with mother-of-pearl buttons.

That’s why Kylie is the icon she is, at an event celebrating the Queen, Kylie aligned herself with the more ‘real’ royal family: the Pearlies. Shortly before his death, Blame went back to the Pearlies for inspiration with his collaboration with Jo Malone, creating a series of limited-edition boxes for the Jo Malone London fragrance house. The perfumer was looking for something that felt intrinsically British.

I’m sure to some the idea that a sort of quaint tradition like the Pearly Kings and Queens should be revered like some revere the Royal family is a little ridiculous, but to me these people truly are inspirational and can serve as a beacon of hope and pride.

These are not privileged individuals, most are working class and some, like the original Pearly King Henry Croft, were born and lived in dire poverty. He died in 1930 in the same workhouse in which he had been born. The fact that under these circumstances he would still dedicate his life to helping others and looking that fantastic while doing it is remarkable. Not to sound too much like Janet Jackson but to the ‘official’ Royal family I would ask: What Have You Done for Me Lately?