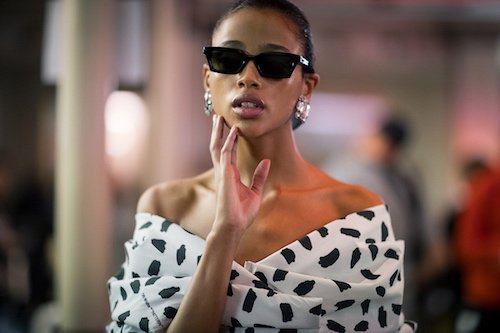 The thrills (and frills) of Paris Fashion Week never fail to bring Fashion Month to an end in the most glamorous way possible.

Because Paris is such a hotbed of creativity, and home to the majority of fashion’s most-revered names, it’s been difficult to pick out just a select few collection to talk about in today’s round-up post. Consider this, then, a scratch-on-the-surface take on Paris’ sartorial clout… 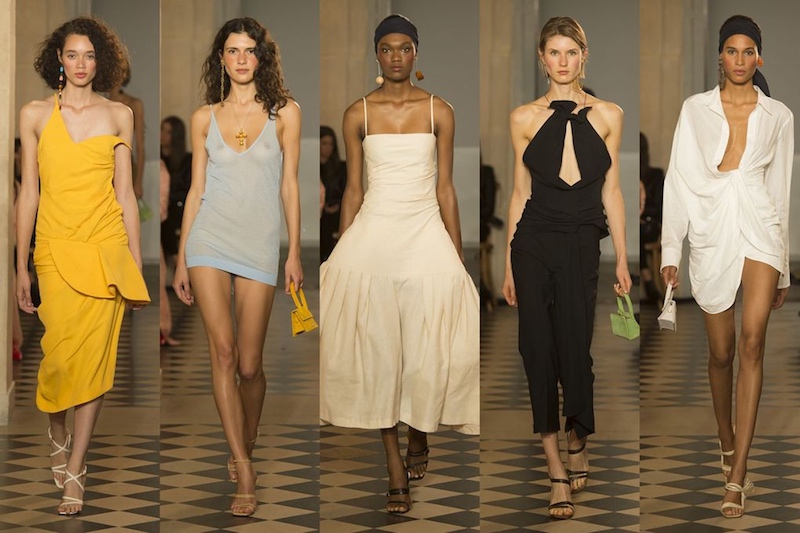 For many of us, our mothers will have had a larger impact on us, fashion-wise, than we might realise. And that’s why it was lovely to learn that Simon Porte Jacquemus decided to pay tribute to his mum’s beach outfits for his SS18 offering. "I don’t think I ever saw my mother more beautiful than on evenings after the beach and probably when she was in love," the designer said in the show notes.

The collection was called ‘La Bombe’ and, indeed, there were plenty of bombshell looks going on. It was an exquisite show, but, then again, it was pretty sad to watch all these glorious beach-ready clothes – long, floaty dresses, some draped and twisted and bunched up, all cast in a mix of sandy and monochromatic hues – mere days after the Autumnal Equinox kicked in. Oh well, at least we’ve got a while to save up for one of these dreamy dresses… 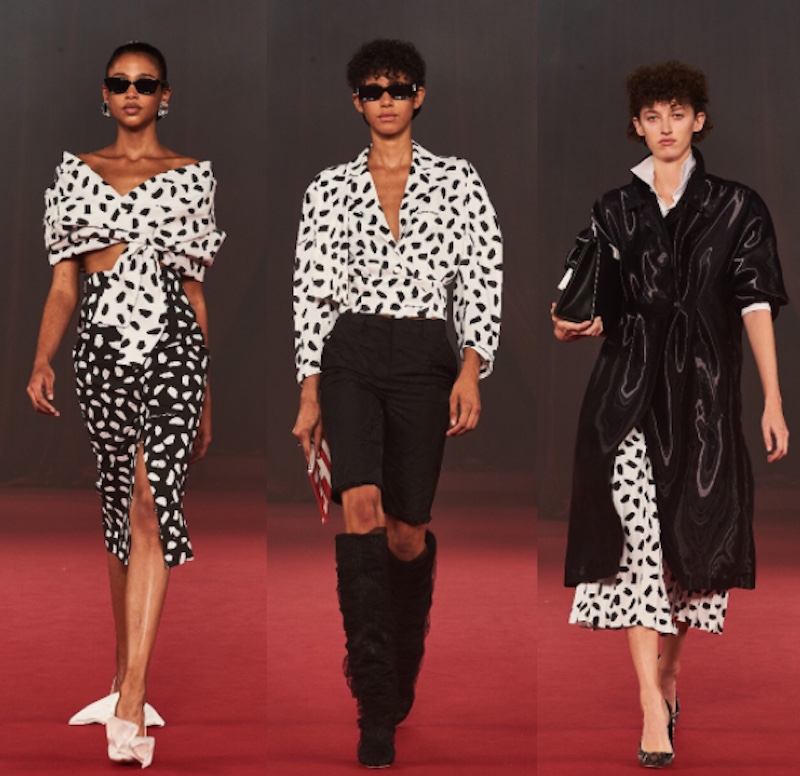 As the old adage goes, it’s better to be talked about than not talked about – and Virgil Abloh’s certainly being talked about right now. Really, the guy is everywhere; he even had a Snapchat lens go live last week. If you’re not a hypebeast, and you don’t have any interest in Kanye West and/or Bella Hadid, you might not have a clue who Virgil Abloh actually is. In short, he’s a sometime-designer, sometime-DJ, and he fell into the public eye as Kanye West’s creative director. As well as wooing streetwear fanatics with his graphic print denim jackets and slouchy separates, he’s collabed with big names like Jimmy Choo and Nike. In short, then, he’s kind of a big deal.

For SS18, Abloh took on a more prim and proper aesthetic, with a striking collection that paid tribute to Princess Diana’s most-photographed outfits. This culminated in a mis-mash of 80s and 90s looks – think feminine power suiting, sharp shoulders, exaggerated sleeves and kitschy prints. It was encouraging to see Abloh pushing away from his streetwear smarts, instead challenging himself with something more appropriate for luxury buyers (well, those who don’t want to wear tracksuits, at least) for the season ahead. Also, it turns out that Princess Diana is a better fit for urban Off-White than you might have thought, as Abloh told Vogue: "Off-White has always been about the modern woman, the empowered woman, the business woman, and I wanted the show to be influenced by her presence." 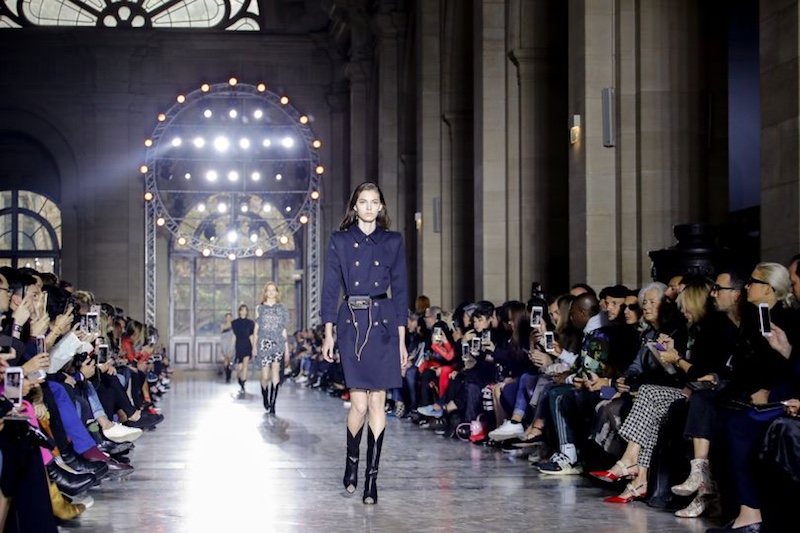 Claire Waight Keller. If you don’t know the name, you’ll still probably know her designs. She’s the wonderwoman behind all of those Seventies-themed, dream-like Chloé designs that you’ve lusted after for the last few years. It was intriguing, then, to hear of her new appointment at Givenchy, whose aesthetic is decidedly more… spiky than Chloé’s.

However, Waight Keller’s début for the French fashion house was as much of a triumph as it was a departure from the designs we’re used to seeing from her. The new creative director delved into the house’s 60s and 80s archives, which resulted in an explosion of animal prints – something of a Givenchy hallmark – rendered tastefully in monochromatic tones. LBDs with single-shoulder straps and close-cut menswear exuded Hedi-Slimate-at-Saint-Laurent vibes… but we won’t complain. It looked good. The edit wasn’t all (literally) black and white, though, as other pieces stood out in phonebox-red hues. Overall, it was a strong start for Waight Keller, who seems to have already found the perfect balance between creativity and commercial appeal. 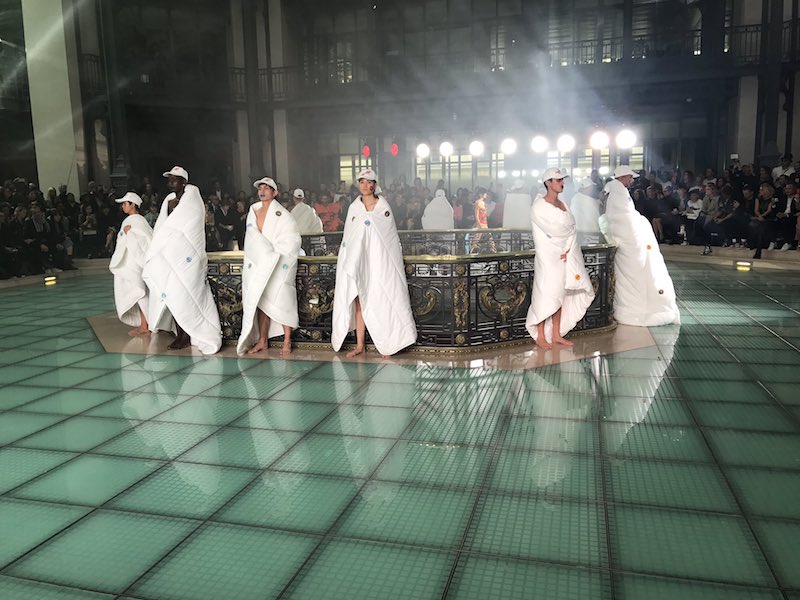 Finally, we just had to give Vivienne Westwood a quick honorary mention to bring our PFW roundup to a close. With her models encased in duvets, Queen Viv neatly conveyed how many fashion editors will have felt on Saturday afternoon: tired and ready to go home. Same again next February, guys?