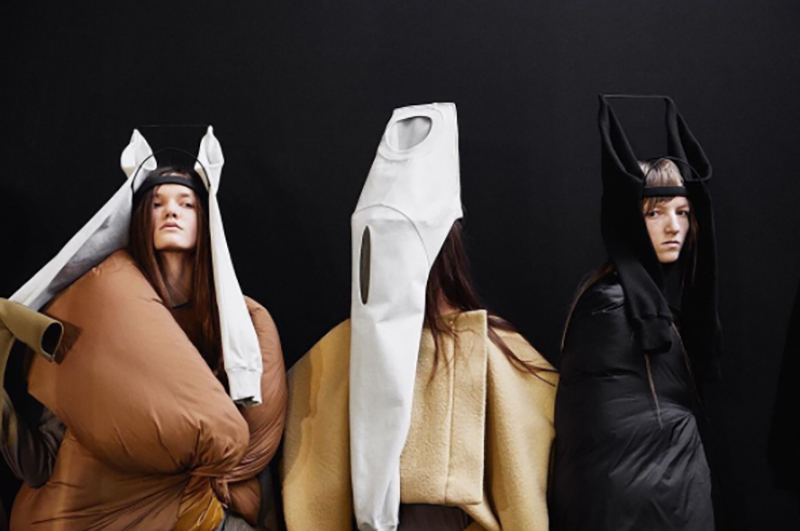 Another Disney Collab – The ‘Disneyfication’ Of Fashion

Each of the ‘Big Four’ fashion cities has a distinct personality, each of which being very clichéd, yes, but also very true.

New York is essential for sportswear, casual styling and good denim. Milan is where colour, eccentricity and tiny hemlines come into their own, and London is the place to head if you’re looking to scout out young talent fresh from some of the most esteemed fashion courses in the world. And then there’s Paris, home of romance, culture and, obviously, fashion. Proper fashion. Proper trends. Proper glamour. You get the picture: Paris is, and always has been, the only reason we bother with Fashion Month in the first place (see Rick Owens’ FW17 show, which isn’t discussed below but deserves a mention for its puffy, conceptual, slightly eerie brand of genius). Here’s who stole the show for FW17. 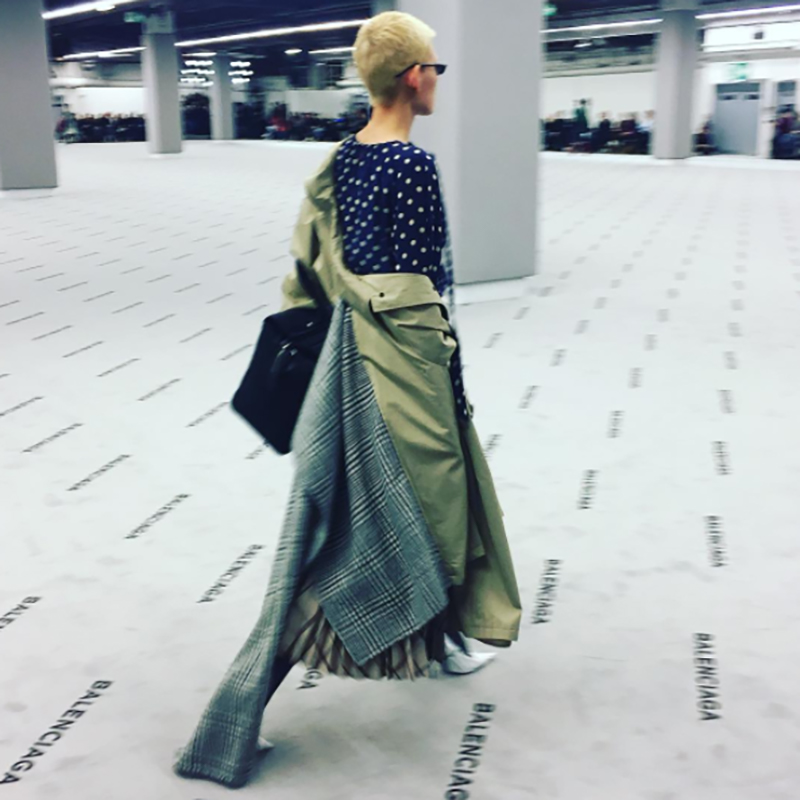 Slowly but surely, the fashion industry is coming round to the idea of Balenciaga having Vetements’ Demna Gvasalia at its helm. And that’s a good thing, because the Demna aesthetic (tights-over-heels, Matrix sunglasses, coats and dresses of tent-like proportions) is here to stay. So, in a way, Demna’s latest was nothing new, but the oversized bags were a particular highlight – no joke, you could fit everything and the kitchen sink in these babies – as were the archival pieces that closed the show, which evoked the spirit of Cristobal Balenciaga and did a good job of shutting down critics who have claimed that Gvasalia, as head of a legendary fashion house, hasn’t done nearly enough snooping around in its archives. Haters gonna hate! 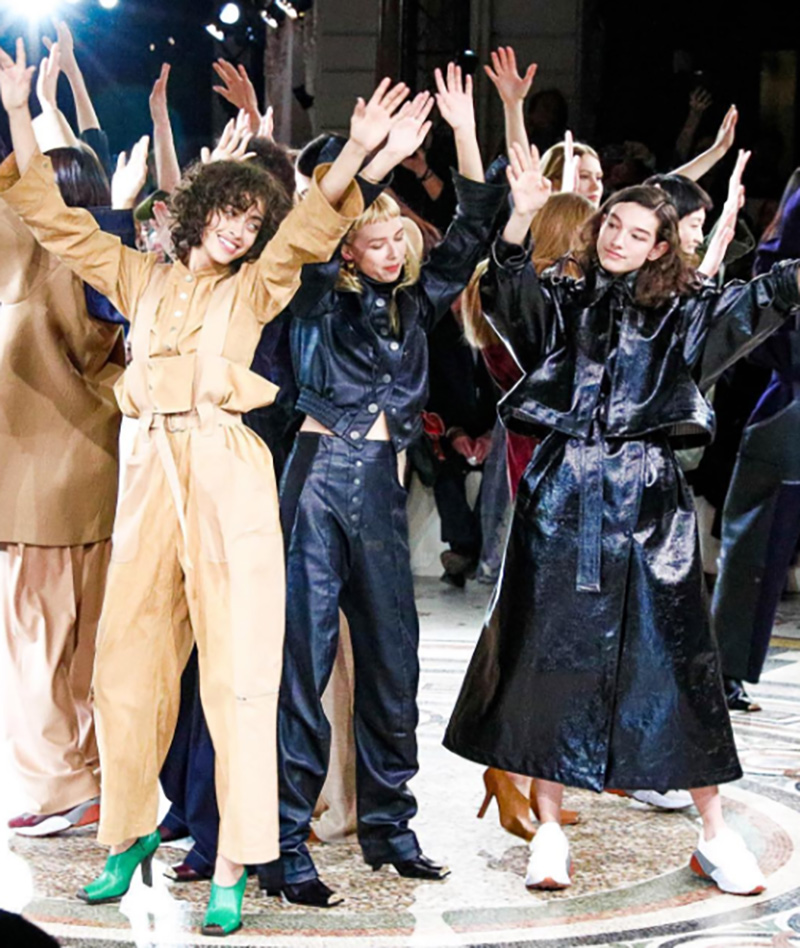 McCartney must have been feeling nostalgic when designing her FW17 wares, as the tweeds, padded jackets and scenic prints of roaring hills and horses felt synonymous to her upbringing in the English countryside, as well as a childhood spent in an equestrian environment. All of this, teamed with styling that saw one models come down the runway with a silk headscarf knotted just-so at the neck, seemed to nod to Queen Elizabeth II. But, as is standard for McCartney, there wasn’t an overarching theme, and instead the designer appeared to enjoy playing with proportion and tailoring, best demonstrated by the oversized belted coats and luxe tracksuits, as well as in the delicate layered tulle looks that closed the show – and took it up a level. McCartney also payed tribute to George Michael during the show by asking her models to dance to the singers classic track Faith, which brought a little bit of fun and light to the oft-stony-faced Paris fashion crowd. 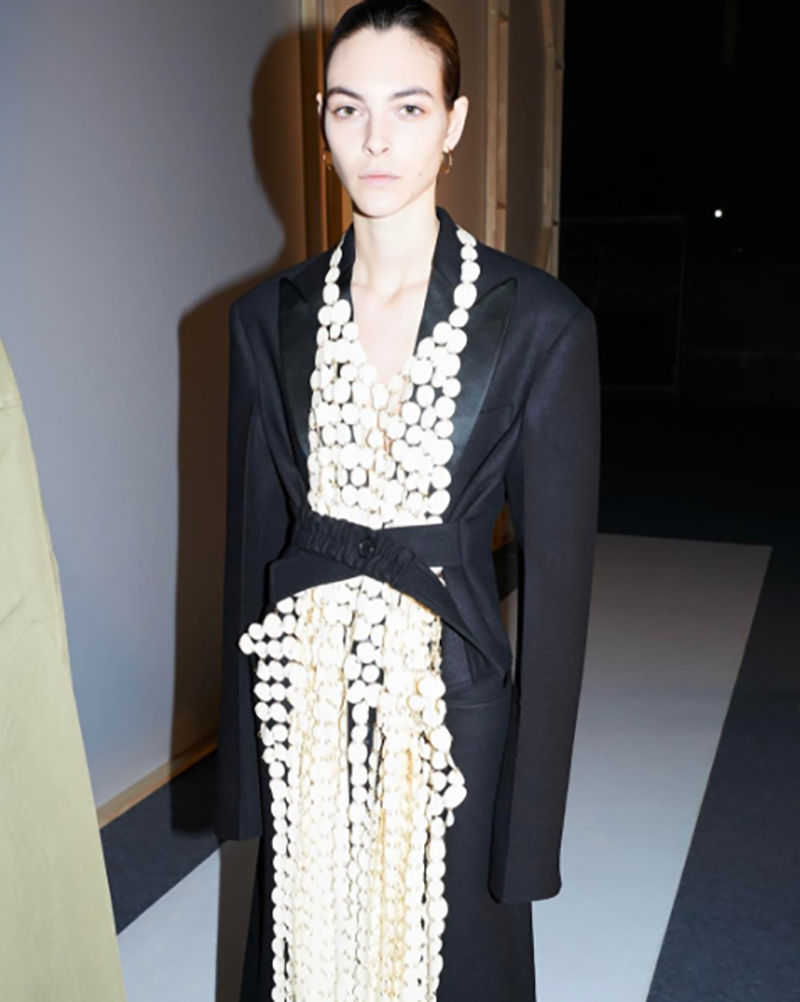 From the way the clothes were pulled together, to the way the models’ paths crisscrossed as they took to the runway, to the way screens on the set occasionally flashed with images of frantic staff working on the collection backstage, Phoebe Philo seemed set on projecting a sense of chaos for Céline FW17. Perhaps a nod to the modern woman’s cluttered lifestyle, or a jab at the pressure Philo faces to keep up an everchanging fashion landscape (the brand joined Instagram before PFW kicked off, which was an interesting move for a label which, thus far, hasn’t much cared for social media)? Needless to say the clothes were, true to form, completely true to the Céline aesthetic Philo has long championed: functional, boxy suiting, striped shirting, beautiful tuxedo coat and killer shoes (this time, the spotlight was on the sturdy Western-style boots). The bags and fluffy knit scarves were pleasingly oversized, too, continuing the burgeoning trend for accessories that are bigger than our own bodies.

The Dangers of Greenwashing 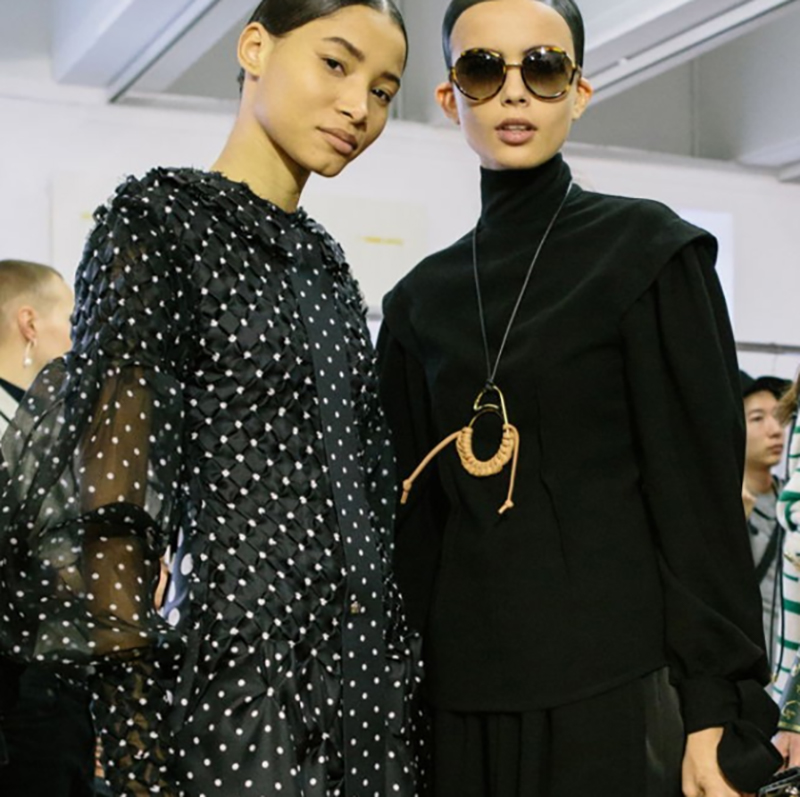 While his eponymous line always divides opinion back in London, Jonathan Anderson’s efforts at Loewe have yet to go unpraised. For autumn/winter, Anderson simply designed clothes that real women might actually want to wear (and here’s the cincher: might actually look good and feel even better in). For Anderson, this is impressive given his supposedly haphazard design approach, in which he apparently pulls unrelated inspiration from everywhere and puts it all together. In this case, the haphazard approach came across as calculated indeed, and this manifested in 70s-inspired dresses, dreamy camel coats, puffy off-shoulder gowns, oversized silk tuxes and mismatched prints that ran true with the brand’s Spanish heritage. The verdict buyers, editors and customers alike was unanimous: it might just have been Anderson’s best effort for Loewe thus far.