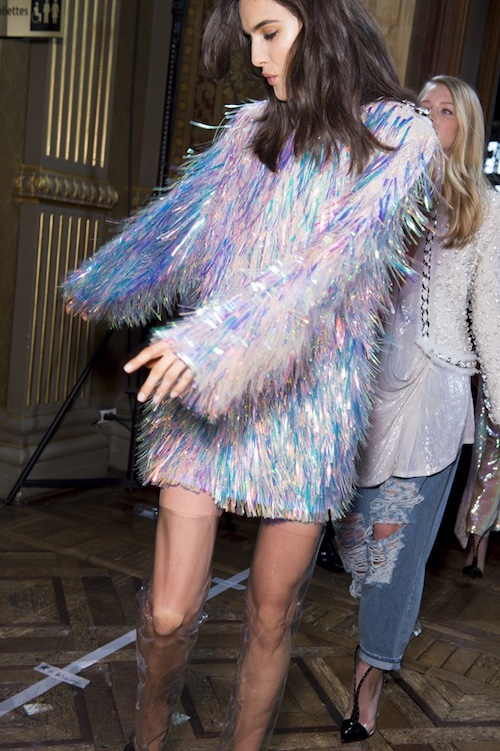 Fashion Month has just come to an end, going out on a high in Paris. It’s always the go-to city when it comes to fashion’s greats, from Dior and Chanel to Carven and Chloé, so it’s hard to pick favourites, but we’ve rounded up a handful of collections that really hit the spot for AW18. 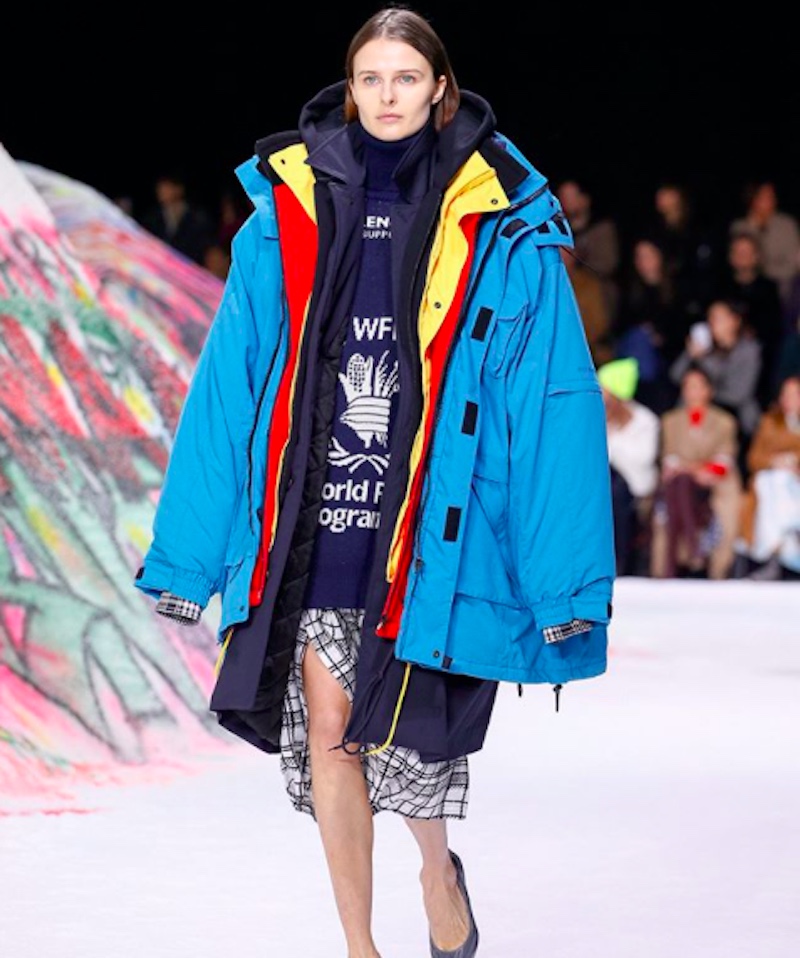 Demna Gvasalia’s girls were decked out for AW18 in multiple oversized coats, channeling the same nonchalant-cum-shifty vibe we all channel when, being too tight to pay for a check-in suitcase for a winter city break, we try to slip discreetly through airport security wearing 20 layers. It wasn’t all about billowing anoraks, though, as Gvasalia played with proportions throughout the show, with the narrative flipping quickly over to figure-framing velvet catsuits. In a nod to Crisobal Balenciaga’s hallmark curved, feminine tailoring, Gvasalia’s sharp single-breasted blazers were created using 3D body mapping technology to ensure perfectly precise proportions.

Balenciaga recently donated ‚¬250,000 to the World Food Programme – a humanitarian organisation fighting against hunger around the world – and it furthered its allegiance to the non-profit in the show with a series of hoodies with the World Food Programme’s logo slapped across the chest. What’s more, 10% of the profit from every AW18 sold will be donated to the charity. Who said that fashion was self-serving? 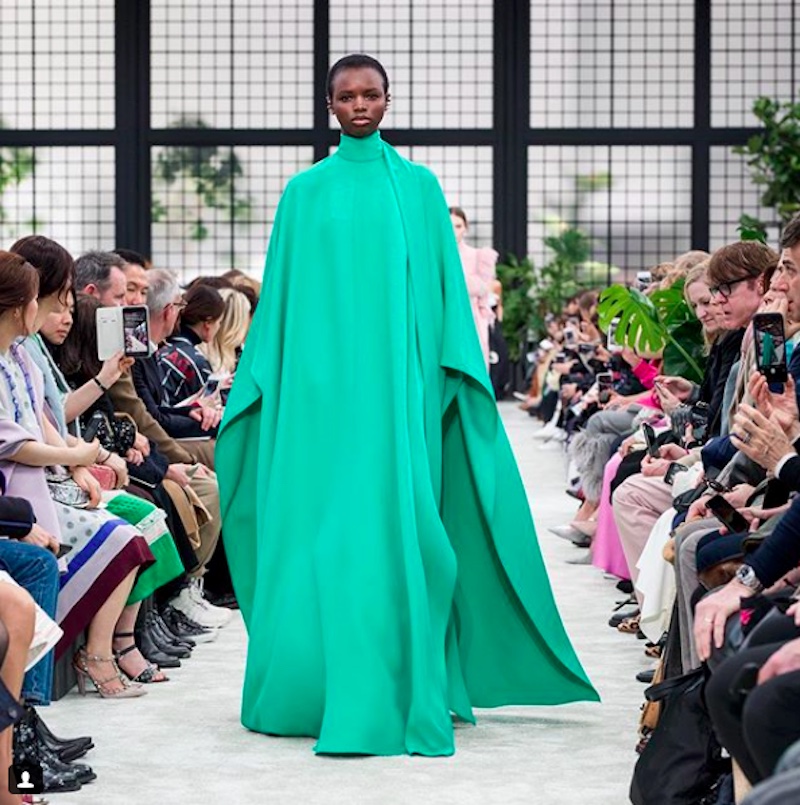 Would it be awful to say that Valentino seems to be look than ever without Maria Grazia Chiuri? Her creative partner, Pierpaolo Piccioli, seems to be doing just fine on his own, as he continues to capture the heady, romantic mood so commonly associated with the house. If you’re remotely soft-hearted, these are the sort of clothes you’d probably want to wear if you won the lottery – think fluid shapes, zoomed-in floral motifs and floaty ruffles and tiers. 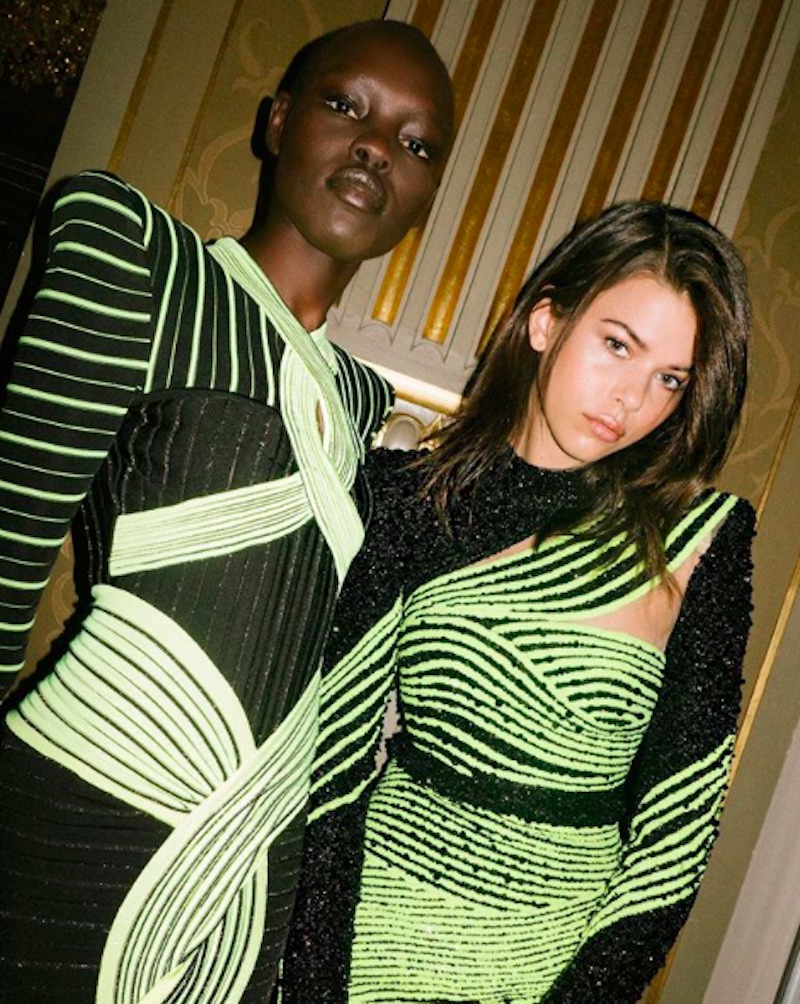 I never thought I would call a Balmain show a ‘highlight’, but here we are. One can only assume that Olivier Rousteing just didn’t want to holo trend to die out, so he decided to step away from his standard sexy-military aesthetic for a season and embrace something a little more psychadelic instead. Everything shimmered – from the PVC macs, clear but coated in holographic film, to the playful pailette dresse. Couple all of the iridescent stuff with a ton of ripped-up denim, Balmain AW18 was essentially every 16-year-old girl on Tumblr’s dream, but it retained an air of sophistication, captured by the brand’s signature sharp-shoulded blazers, quilted dresses and high-waisted, wide-leg trousers. 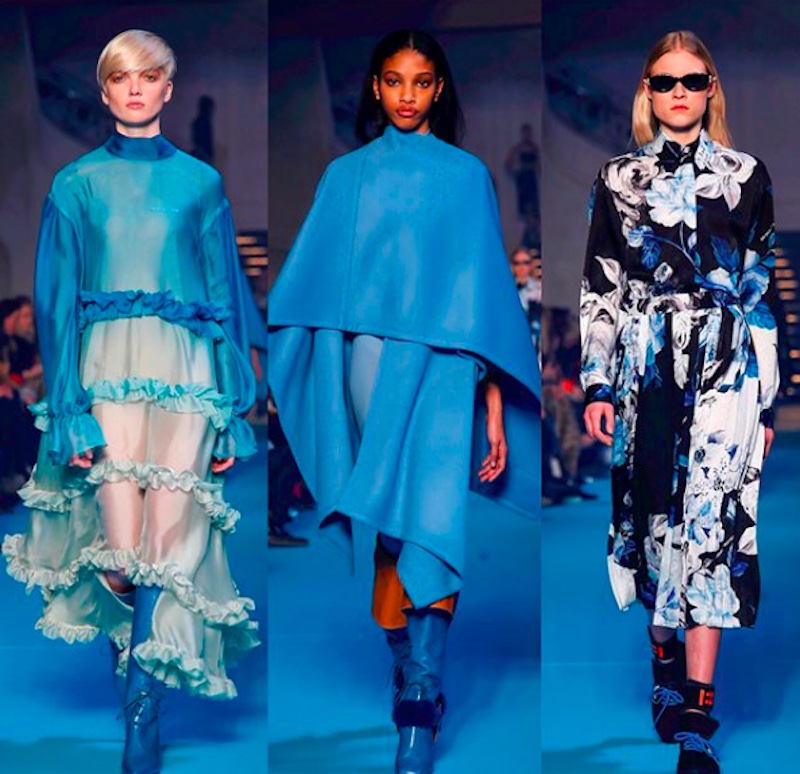 Say what you want about Virgil Abloh but – having recently launched another winning Nike collboration, created a scent with Byredo, and introduced a new brand of herbal water (as you do) for a pop-up café in Le Bon Marché – you can’t knock his work ethic. Alongside all this, of course, are his fashion collections, which never seem to falter despite the designer’s other preoccupations. For the new season, Abloh pulled inspiration from the equestrian world. Sultrier takes on riding boots and dressage jackets took centre stage, along with floaty tiered dresses (Little House on the Prairie vibes, anyone?) in soft blue tones. Abloh’s name is always going to be associated with streetwear, but his ‘normal’ womenswear is pretty beautiful regardless.