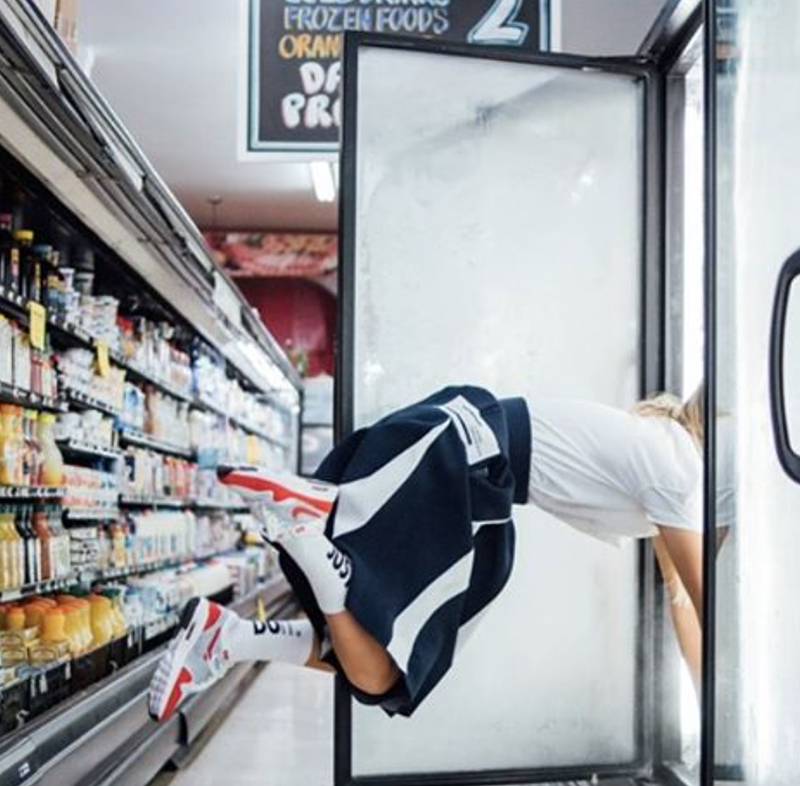 | The Nike Air Max first launched 30 years ago in 1987. More than 3.5 billion of these trainers have been made, its now a staple piece if pop culture fashion!

It may not be the trainer for everyone, but anyone who dons some Nike Air Max has got some major street cred. It’s one of those trend-defying unicorn shoes that transcends style preference and time. It’s been worn with floaty dresses & Fresh Prince’s threads for 30 years.

Designed by Tinker Hatfield in 1987, Nike Air Max has truly changed the course of trainer history with their famous comfy cushion soles, but how did they become the cult fashion and sports trainer they are today? FFD investagates.

Besides the fact that they’re just good-looking kicks, there are nine classic iterations, meaning as soon as you grow tired of one, there is always another silhouette in countless colorways to choose from! When it comes to advertising, Nike have always rocked the boat, tapping into current events and social movements since the first Air Max ad aired in 1987. Now, thirty years on, Nike are still creating content that is as relevant as it is today as it was back then. As such – to tie in with their three decades of comfort, we’re taking a trip down memory lane with seven of Nike’s most influential Nike Air Max ads since the launch back in the day.

Revolution was released onto our television screens in 1987 to celebrate the launch of the allusive Nike Air, and, in an age where people couldn’t use the internet to discover new products, it was vital to the now iconic trainers success. Directed by Peter Kagan, the advert reveals shots of people taking part in sports – from athletes competing to kids running. Despite the dramatically different sporting abilities shown, the advert successfully communicates one underlying message; no matter how unfit and terrible you may think you are, everyone can take part. It’s about inviting people to overcome barriers, both personal and social. Interestingly, Revolution is the first advert that The Beatles allowed one of their songs to be featured in – if that doesn’t indicate brilliance then we don’t know what does. What can we say? An iconic ad for an iconic shoe.

Released in 1994, Nike got on the basketball court showing star Charles Barkley showing off his skills to fellow legendary basketball player, Michael Jordan. At the time, there was an ongoing media debate as to which basketball player was better and people across the world were very much divided in opinion. Nike did what any other intelligent brand would and capitalised the shit out of it and featured Barkley and Jordan arguing over whose Air Max was the best. In doing this, Nike basically upped their game and turned the Air Max into a physical representation of which basketball player you supported. If the shoe fits, right?

Yup. So horrendous that you can’t help but love it. This was that time Nike went completely rogue and styled Nike Air Max 95 Animal as a nature documentary. What makes this advert really interesting is that nature documentaries hadn’t had their moment yet. David Attenbourgh wasn’t a household name in the states yet, so did Nike predict that the nation would soon be obsessed? Opening with a voiceover stating that ‘you wouldn’t say the quest for the world’s most exotic specimen would lead you to the marshes of northern New Jersey, but that’s exactly where Terrence Cola found himself’. Nike Air Max 95 Animal are no longer trainers, they are presented as an exotic animal that must be found. Desirable, rare and wanted. A move that only spurred the nation’s want and need for Nike’s animal-themed Air Max.

The Air Max 97 from, you guessed it, 1997 was the first Nike running shoe to utilize a full length Air Max unit from heel to toe. One of the most coveted by sneakerheads everywhere, partly due to their exclusivity €” you can’t get ’em unless you troll eBay or other resale sites for a dead-stock (or even a used) pair. And while that definitely makes them alluring and heightens their appeal (because, really, who doesn’t want what they can’t have?), people fell in love for their design: They’re sleek, they’re futuristic (especially in the silver and gold colorways), and they’re inspired by Japanese bullet trains. In short, they’re just well-made, beautiful sneakers that speak to the zeitgeist of the late nineties (a decade we’re all looking to for aesthetic inspiration as of late, obvs). Plus, nearly 10 years after their release, they’re just as cool as, if not cooler, than they were originally.

The contrast between everyday life and epic adventure in Air Max 360 really hammers the message home that by wearing a pair of Air Max 360’s, your performance levels can be upped to epic proportions. In Air Max 360 we’re shown a man getting up after his morning run/swim/adventure before going about his day. Nike demonstrated the idea that Air Max 360 gives you an edge in the performance game, allowing you to become a better, faster, improved you that can experience life to the full.

Dizzee Rascal, teamed up with British designer Ben Drury on the Nike Air Max 90 launch to coincide with the release of his LP, ‘Tongue in Cheek’. The advert is playful, cheesy and eye-catching€¦ Tongue in cheek, some might say! The attention-grabbing format of the ad isn’t the only thing to note. Dizzee featuring in the advert for Nike Air Max 90 was a milestone for the sportswear industry – and why? Sportswear was officially no longer just for athletes. Released at a time that Dizzee was in his musical hey day, Nike successfully capitalised on his success and quirks, shifting Nike from the sport category into a mainstream, lifestyle brand.A move which was swiftly followed by sports brands – and fashion brands – across the world.

Created with a stroke of genius, Actual Air capitalises on Nike’s success and the calibre of its celebrity ambassadors. Featuring stars such as Maria Sharapova, Paul Rodriguez and Brandon Roy, the ad shows David Koechner revealing Nike’s very important corporate secret – that Nike Air is actually made using the air of its very best athletes. Released at a time when parody film, a subgenre of comedy, was really making waves (note: Levi’s and Flat Eric) Actual Air was a welcome addition to TV screens. Although the main focus of the advert is athletes being ‘farmed’ and wearing face masks whilst exercising, it’s important to note that the athletes are from a range of marginal and major sports, showcasing Nike’s to be for everyone.

We can’t celebrate Nike Air Max Day without touching on Nike’s newest addition to the Nike Air family – the Nike Air Max 2017. Created and produced by MansvsMachine, the advert is themed ‘Go Lighter, Go Longer’ and depicts a series of lightweight imagery in the shape of a Nike Air Max. The Air Max 2017’s ultralight support and maximum comfort are portrayed through a series of metaphors inspired by scenarios encountered on an everyday run, this includes satisfying imagery ranging from whipped cream to pink balloons. According to MansvsMachine, the addictive advert is a metaphorical exploration of air and the negative space it occupies – an artistic, fun take on the benefits of the Air Max 2017. We’re certainly sold!

With over 30 years of Nike Air Max to choose from, the hardest part is choosing which ones to buy!