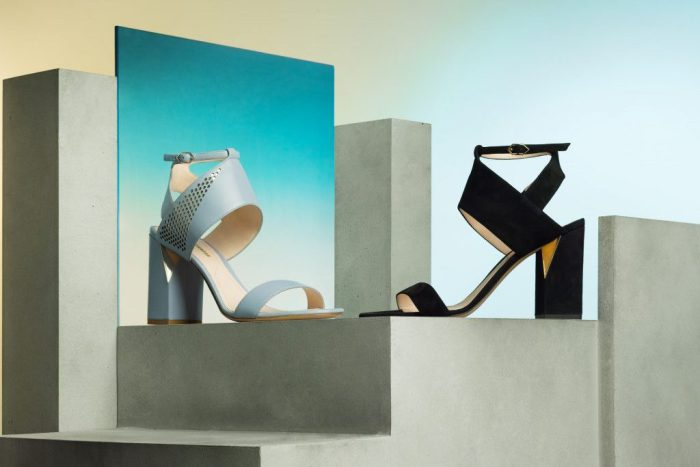 For S/S 18, Nicholas Kirkwood worked with filmmaker Rei Nadal for the second time to create a set of videos echoing both the concept and aesthetic inherent in the collection. This series of vignettes expose the seasonal woman’s intimate thoughts and stream of consciousness.

In An Impression Of Stolen Space, the viewer is invited to explore a series of vignettes that form the narrative of the seasonal woman. Exposing her intimate thoughts, often following a stream of consciousness, Nadal and Kirkwood play with the idea of missing information.

Inspired by architect Carlo Scarpa and artist Eva Rothschild, the design of Kirkwood’s footwear hints to missing volumes which have either been removed or outlined. The presence of hidden, zipped-away leather and the bleached denim effect follow the same approach, adding to the underlining early nineties aesthetic of the collection.

How to Get Through Wedding Season Stress-Free